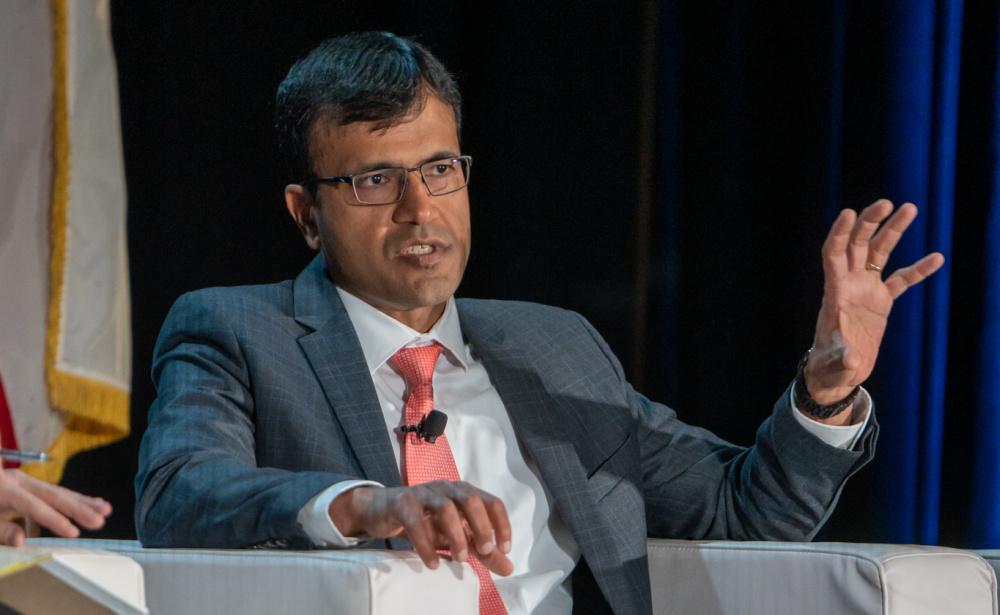 DALLAS—Chesapeake Energy Corp. is enjoying the favorable market winds that have lately blown the oil and gas industry’s way, but the company continues to quietly strengthen its storm shelter for the next inevitable tempest.

Chesapeake CFO Mohit Singh, speaking at Hart Energy’s Executive Capital Conference on Oct. 25, said the company keeps in mind that it operates in a cyclical environment.

Since emerging from bankruptcy in February 2021, Chesapeake has rebuilt itself as a model of capital stewardship, Singh said. The company’s new emphasis is on sustainable dividends even in rocky times. 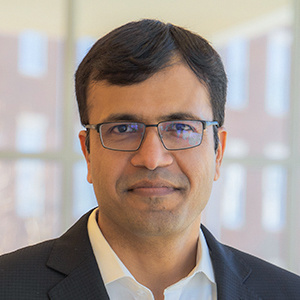 “It’s a company with the same name and perhaps a lot of history. But I almost argue and ask everybody to think of it as a different company fundamentally.”—Mohit Singh, Chesapeake Energy Corp.

In a sense, Chesapeake is a new company, Singh said. Following its restructuring, the company saw its board reconstituted, a new leadership installed and put a new capital structure in place.

“It’s a company with the same name and perhaps a lot of history,” he said. “But I almost argue and ask everybody to think of it as a different company fundamentally able to add value to shareholders.”

The pandemic, which required Chesapeake and other companies to shave off capital and operating costs, also positioned the company to enjoy the recent upswing in prices.

But a rational fatalism has set in that the company will inevitably see commodity prices go sour.

To combat the next downcycle, the company has developed decades of inventory in its Marcellus and Haynesville shale positions. Chesapeake is also shopping its Eagle Ford Shale assets which, pro forma for a sale, would make the company a de facto natural gas producer.

“If and when [prices] come back down, our inventory is in place where we still would deliver very outsized returns,” he said.

The company is also conscious of reclaiming investors who have left the space in a “mass exodus” because of years of capital losses.

As a result, Chesapeake has instituted a $2.20 per share dividend and a variable dividend based on free cash flow. Added together, that’s a yield of 10% to 11%, Singh said.

“You can compare, contrast that to a typical S&P investment that’s yielding about 2%, so already we’re delivering an outsized return,” he said.

Additionally, Chesapeake has authorized a $2 billion share buyback. As of its last earnings report, the company has repurchased $700 million of stock.

With its dividends and buybacks, the yield rises to as much as 18%, Singh said.

“In a rising inflationary environment, I mean, that’s very attractive,” he said. “So that’s been very well received by our investors.”

Naturally, a commodity downcycle would change those dynamics.

Singh said its fixed dividend is considered “sacrosanct.” But weathering a pronounced downturn is always on the company’s mind. Chesapeake runs internal stress tests to project its liquidity at price environments as low as $2/Mcf.

To survive in a collapsing price environment, the company has anchored its balance sheet to keeping leverage at 1x.

Chesapeake has also aggressively hedged its production so that it can sell as high as $12.50 per Mcf in the best-case scenario and $5 in the worst.

“If you have low leverage and … if I’m able to service my debt and able to pay it down in a timely manner, then that’s the right leverage level,” he said. “We have set a boundary condition for ourselves of one turn of debt to EBITDA.”

Chesapeake is also looking to position itself for the second wave of LNG that will start to come online in 2025 and 2026.

With 75% of natural gas demand likely to come from LNG cargoes, “we are looking at making some LNG investments,” he said.

On ESG, Singh said that those who bemoan the central role that ESG has taken in the industry should consider that fossil fuel production and ESG is not a binary choice.

“When people talk about ESG versus developing fossil fuels as an either-or choice, our view is it’s a false choice. You have both,” he said.

Singh said the onus is on oil and gas companies to communicate to average consumers that natural gas is a clean-burning fuel that can serve energy needs globally.

It’s a message that is timely. Alluding to the war in Ukraine, Singh noted that, “in this present climate, if we can’t get the message out and still win these people over, I point the finger again back at ourselves.”

“If you can’t get people convinced that the role that we play is important, I don’t know how, what else makes what happen for us to be able to do that,” he said.

Chesapeake, with its interest in capturing and selling every molecule possible, can point to its own standards, which far exceed those at the U.N.’s last climate summit. COP26 deemed 0.2% methane intensity as “good.”

“It’s an order of magnitude better than what’s deemed as ‘good,’” he said.

“You know, 80% of our production is continuously monitored,” he said. “And what that means is you go to one of our typical pads, there’ll be a monitoring device north, south and east and west. And based on which one of those sensors detects the leak, you can even triangulate [the leak].

“So, what we have done is we have paired it out with our monitoring system and you create a work order where, and the lease operator would be on site within 24 hours to … fix it,” he said.