Gazprom will receive 50% of a new Russian entity replacing the Sakhalin Energy LNG project, a government decree showed, as Moscow re-writes rules for foreign firms operating in the country amid sanctions.

Western countries and allies, including Japan, imposed tough sanctions on Russia after it sent troops into Ukraine in late February. Moscow retaliated by putting obstacles on Western businesses and investors leaving Russia, including in some rare cases by seizing assets.

According to the decree signed on Aug. 2 and published late on Aug. 3, the new entity will be registered in the city of Yuzhno-Sakhalinsk on the Russian Pacific island of Sakhalin. The Sakhalin-2 LNG plant is located 60 km (37 miles) south of Yuzhno-Sakhalinsk.

Japanese trading houses Mitsui & Co. and Mitsubishi Corp. on Aug. 2 cut the value of their stakes in the Sakhalin-2 LNG project by 217.7 billion yen (US$1.62 billion) after Moscow’s move to seize control of it.

The decree said that Gazprom will get just over a 50% stake and the remaining 49.99% will be held by the new company itself until after existing Sakhalin-2 shareholders apply for a stake which they should do within a month, or by early September.

If foreign shareholders, which also include Shell Plc with a 27.5% stake, do not apply for a share in the new entity, it will be evaluated and sold by the government to a Russian entity.

After the reports, Japan’s government reiterated its intention to have the Japanese companies retain their stakes in the project.

“The Sakhalin-2 project is extremely important for stable energy supply to Japan, and we will basically continue to maintain the stakes,” Japanese industry minister Koichi Hagiuda told reporters on Aug. 4. The government is looking into details of the new entity, he said.

Mitsui and Mitsubishi, which hold a combined 22.5% stake in the project, said separately that they are examining details of the new entity, and they plan to respond by cooperating with the Japanese government and with each other.

The Japanese government has said it planned to support the trading companies in their attempts to stay in the Sakhalin-2 project. Japan imports about 10% of its LNG from Russia, mainly from Sakhalin-2.

“We continue to work on finding an acceptable arrangement that enables us to withdraw from our share in Sakhalin Energy in line with applicable legal requirements and project agreements,” Shell spokesperson told Reuters. 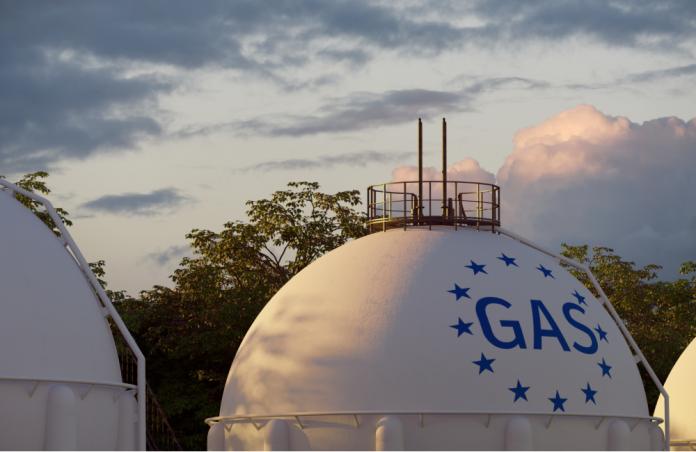 2022-10-06 - “The trip was about the Middle East and about Israel and ... rationalization of positions,” Biden said of his summer trip to Saudi Arabia. “But it is a disappointment,” he added of the OPEC+ decision, and indicates problems.

2022-10-06 - “After completing the crime scene investigation, the Swedish Security Service can conclude that there have been detonations at Nord Stream 1 and 2 in the Swedish economic zone,” it said.