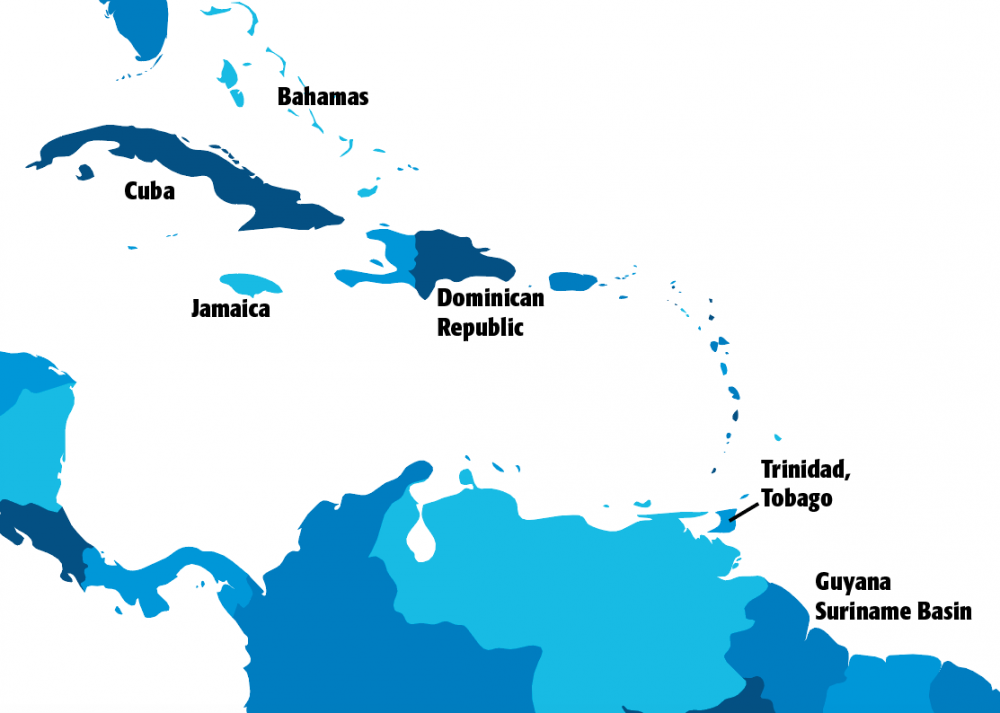 The 2015 offshore Guyana discovery in the Stabroek Block by Exxon Mobil, Liza-1, encountered more than 295 ft of oil-bearing sandstones. The Stabroek Block in the Guyana-Suriname Basin has confirmed that the Liza Field extends at least halfway to the neighboring Orinduik Block to the southwest and contains hydrocarbons.

The Payara discovery in 2017 was the second discovery on the block, and it hit more than 95 ft of high-quality, oil-bearing sandstone in a new reservoir. Subsequent appraisal drilling indicates a recoverable resource of between 800 MMboe and 1.4 Bboe. The company is most recently testing in the Kaieteur Block, which has a prospective resource of 256.2 MMbbl of oil. Additional discoveries have been made at Turbot, Ranger, Pacora, Longtail, Hammerhead, Pluma, Tilapia, Yellowtail Mao and more.

Exxon Mobil has made its final investment decision to proceed with the Payara Field development offshore Guyana after receiving government approvals. Payara is expected to produce up to 220,000 bbl/d of oil after startup in 2024, using the Prosperity FPSO vessel.

According to the company, the $9 billion development will target an estimated resource base of about 600 MMboe. Ten drill centers are planned along with up to 41 wells, including 20 production and 21 injection wells.

“Exxon Mobil is committed to building on the capabilities from our Liza Phase 1 and 2 offshore oil developments as we sanction the Payara Field and responsibly develop Guyana’s natural resources,” said Liam Mallon, president of Exxon Mobil Upstream Oil & Gas Co. “We continue to prioritize high-potential prospects in close proximity to discoveries and maximize value for our partners including the people of Guyana.”

In 2020, Apache Corp. announced a significant offshore Suriname oil discovery (Maka Central-1), which is on trend with the adjacent Stabroek Block in Guyana. The Guyana-Suriname Basin discovery hit more than 123 m of net pay of high-quality, light oil and gas-rich condensate net pay in multiple stacked reservoirs in Upper Cretaceous Campanian and Santonian.

Before the offshore finds, both Guyana and Suriname were among the poorest countries in South America.

While there seems to be a number of geologically significant and interesting plays around the sea, current international oil prices are likely to inhibit exploration and development until prices become more attractive.

Project to increase flow of refined fuels into region while increasing pipeline efficiency and environmental performance.

TC Energy has declared force majeure on crude oil deliveries at destinations in Texas on its Marketlink pipeline, citing power outages caused by severe cold weather in the state.