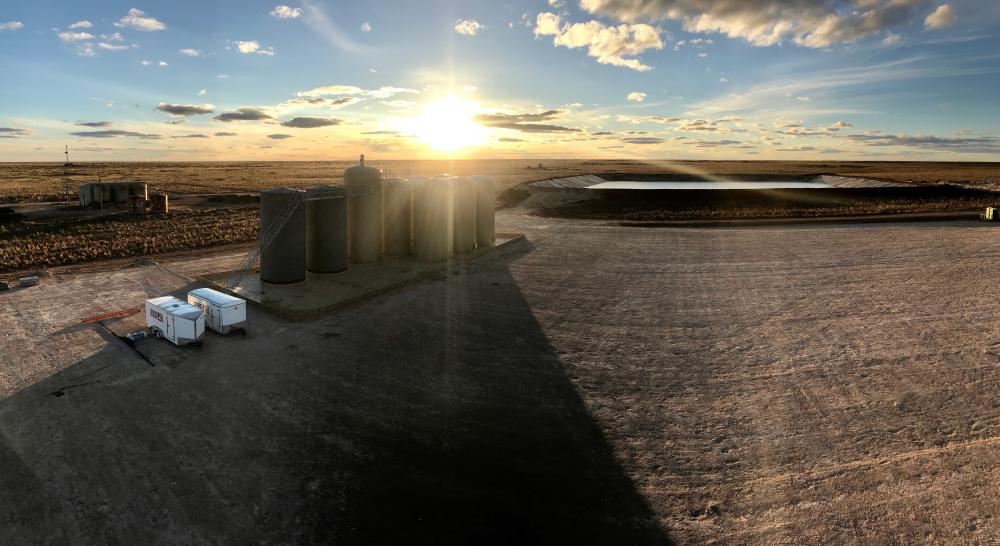 Pedevco’s main asset is the Chaveroo Field in New Mexico, with some 150 locations yet to drill. (Source: Pedevco Corp.)

Rest assured that the smart, quiet money is on the hunt now during a time of duress and recovery. From the muddy scrum of restructurings and recapitalizations underway, some golden opportunities will surface, but it takes capital and contacts to score the right deal.

A few small-cap E&P companies, even though they may be microcap stocks these days, are fortunate to have no debt and to have cash on the balance sheet. More important, they may have some big-ticket investors back­stopping them as well. Since undergoing a re­structuring effort and getting a capital infusion a few years ago, Houston independent Pedevco Corp. is one.

Today it defines itself as an acquisition ve­hicle with the long-term goal of consolidating assets in its favored target, the San Andres play on the Northwest Shelf of the Permian Basin. There, just west of the Texas-New Mexico line, it holds 38,000 net acres in New Mexico. Re­lationships between and among its principals and some of its present target companies show how the oil industry continually reinvents itself by turning over assets from one management team to another.

“There are a lot of good companies out there that are just financed incorrectly,” said Pedev­co president J. Douglas Schick, who has an un­dergraduate degree and MBA in finance.

Equinor's spokesman told Reuters the Norwegian oil and gas company was reviewing its whole portfolio, including its assets in the U.S., following its CEO change last year.

U.S. shale producers that are hedging are likely locking in about 15% to 20% of production at a time, said Tom Petrie, chairman at energy investment bank Petrie Partners.