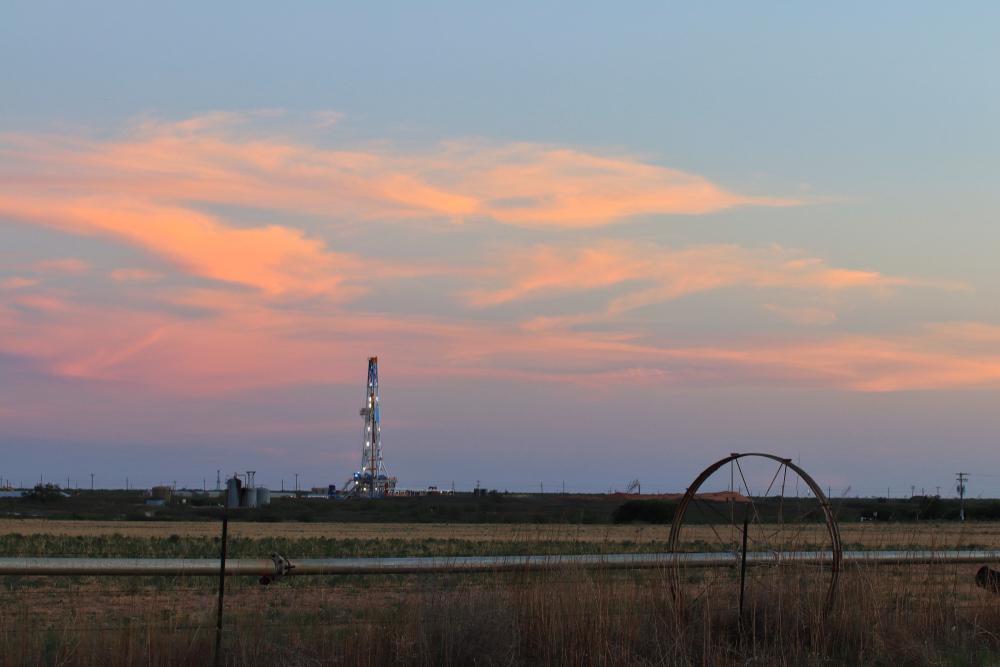 Charles Stanley, president and CEO of the Denver, Colo.-headquartered company, recently spoke about the company’s development style in the Permian during EnerCom: The Oil & Gas Conference, which livestreamed featured speakers online.

“We think by simultaneously developing all of the vertically stacked producing horizons of our acreage we maximize the recovery of oil,” Stanley said. “We maximize capital efficiency because we’re sharing surface facilities. … In addition by simultaneously developing all of the producing horizons we believe that we minimize the risk of well-to-well interference as we stimulate a large rock volume and then we flowback all the wells simultaneously.”

Another added benefit, according to Stanley, is minimizing the impact on wells that have already been drilled, completed and are producing—wells that would have to be shut in as offset locations are hydraulically fractured.

“With tank-style development, we eliminate that shut-in well phenomenon,” he said.

QEP has 44,000 contiguous net acres in the core of the northern Midland Basin where it remains focused, having shed its Uinta Basin assets in a $155 million deal. A divestiture process is underway for the company’s Williston Basin assets, and it has plans to market the rest of its non-Permian assets— including those in Haynesville/Cotton Valley—during second-half 2018.

The company ran an average of 35 rigs in the Permian and plans to run about the same during the second half of the year. QEP said it produced a company record 3.2 million barrels in the Permian Basin in second-quarter 2018, a 49% improvement over the previous quarter. This came as the company also slashed lease operating expenses, which dropped to $5.10 per barrel of oil equivalent, down 24% compared to a year earlier.

Success was attributed to the “tank-style” development method, which involves use of multi-well pads, and advanced completion designs in a top-down pattern “to minimize upward fracture growth,” Stanley said. He explained the development method in a five-panel graphic that illustrated how producing wells and wells being completed are separated by a pressure wall.

The pressure wall comprises completed wells that are awaiting production. The wells, Stanley said, are pressured up to about 3,000 psi to 3,500 psi over discovery pressure.

“We’ve been very successful with this pressure wall of protecting the producing family of wells from the frack energy that is being produced by the frack crew, which would be sitting in panel three,” Stanley said.

Next to wells undergoing completion is a buffer, which is designed to reduce interference between completed wells and wells being drilled. These wells have been drilled and cased, but not yet fracked. “Those protect the drilling rigs from being fracked into on the other side,” he said.

The tank-style development method has five panels in all. 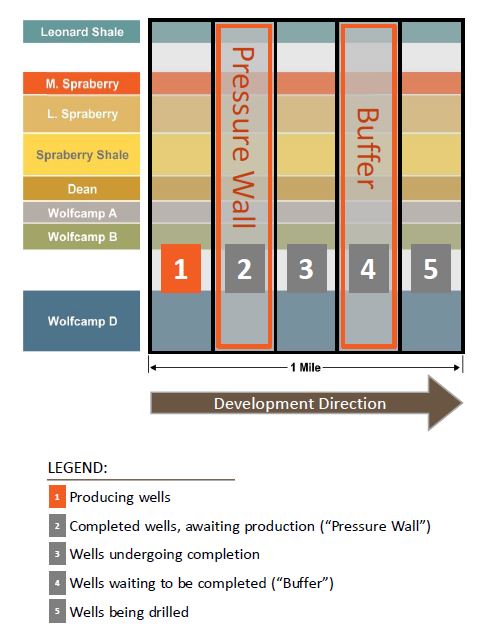 “You can see the inventory at any given time of wells in various stages of completion and that’s an important concept because we’re constantly delivering wells out of the tank into production,” Stanley said. “But there are various stages of operation going on in the tank that are necessary we believe to avoid well-to-well interference, avoid frack hits and to avoid having to shut in a number of wells after you drill them, complete them and turn them to sales.”

“We believe we are seeing better well results than we saw from single wells that were outside of the tank,” he said, later adding, “We think this is the way to go.

“The risk otherwise is that when you come back to attack those that you chose not to develop in the first round of development not using tank style that you may have sterilized those formation targets and make it very difficult to achieve good, high quality fracture simulations that maximize the recovery of oil in place,” Stanley added.

QEP plans to spend between $725 million and $775 million on drilling and completions plus another $45 million to $55 million on infrastructure in the Midland Basin in 2018. So far, the company has identified up to 1,900 potential future horizontal drilling locations ranging in length from 7,500 ft to 12,500 ft. The company said most of its laterals are greater than 10,000 ft.