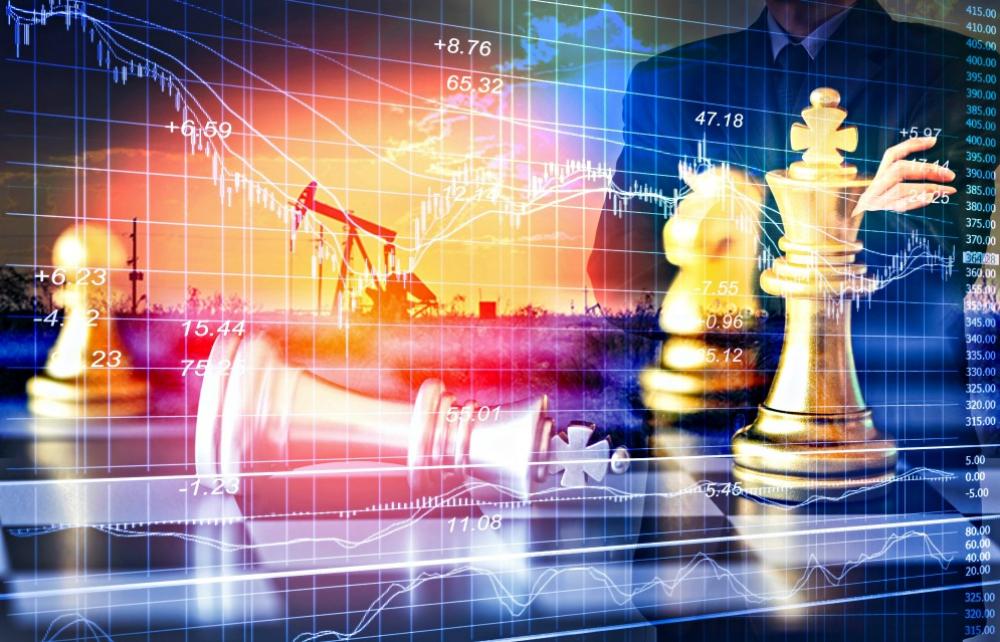 [Editor's note: This story was updated at 2:55 p.m. CST Jan. 7. Check back for updates on this developing story.]

The hedge fund’s offer of $8.75 per QEP share represents a 44% premium to the company’s closing price on Jan. 4. Analysts from Cowen & Co. equity research team estimate QEP’s Permian acreage located in the Midland Basin in Martin and Andrews counties, Texas, is garnering roughly $25,000 per acre. 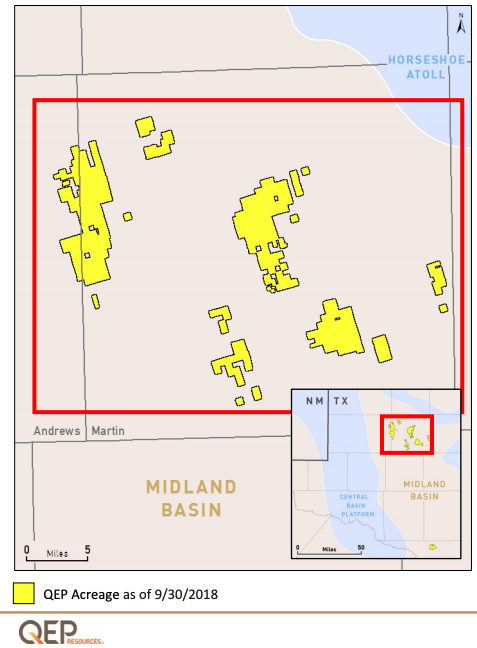 “A reasonable offer if not a bit cheap relative to public comps / recent transactions,” the Cowen analysts said in a Jan. 7 research note.

On Jan. 7, QEP confirmed it had received Elliott’s proposal adding its board of directors plan to review and “carefully consider the proposal in the context of the best interests of all of the company’s shareholders, taking into account the company’s other alternatives and current market conditions.”

Since October, oil prices have plunged as investors worried about oversupply and fears of an economic slowdown. U.S. West Texas Intermediate (WTI) crude futures were up on Jan. 7, rising 56 cents to settle at $48.52 a barrel, a 1.17% gain.

QEP hatched a strategy in February 2018 to become a Permian Basin pure-play operator, thanks in part to encouragement by Elliott. The move essentially meant changing the fabric of the company by peeling off chunks of its portfolio through various asset sales totaling $2.6 billion.

Most recently, QEP agreed to the divestiture of its Cotton Valley and Haynesville position for $735 million and its Williston Basin assets for $1.7 billion, both of which are pending closure.

Pro forma the divestitures, QEP will work a 50,700 net-acre position in the Permian Basin that averaged roughly 55,000 barrels of oil equivalent per day in third-quarter 2018. And, despite the multibillion-dollar worth of asset sales, QEP’s roughly $2.2 billion market value in November remained about the same as at that time in 2017. 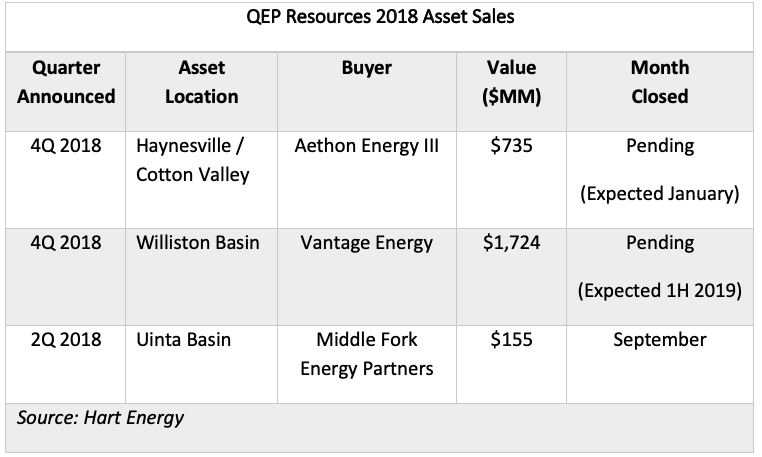 Still, Elliott said in a press release on Jan. 7 that QEP remains “deeply undervalued in the market today.”

QEP ranked near the bottom of Oil and Gas Investor’s list of Top 50 Public E&Ps coming in at number 40.

“We have conducted an extensive amount of public diligence on the company and have had ongoing dialogue with the sell-side analyst community,” Elliott said. “We believe shareholders are frustrated and that a sale of the company would be the best approach to deliver maximum value to shareholders.”

Elliott’s takeover offer is conditioned on the closure of QEP’s Haynesville asset sale, but not the closing of the Williston divestiture. The firm expects to finance its proposal with a combination of cash, the assumption of debt and debt financing from third-party lenders.

Shell’s departure will mean the Miskar concession in southern city of Gabes will be handed back to the government, a senior official in the energy ministry says.

The development is expected to produce 16,000 gross barrels of oil per day after completion, the company said in a statement.