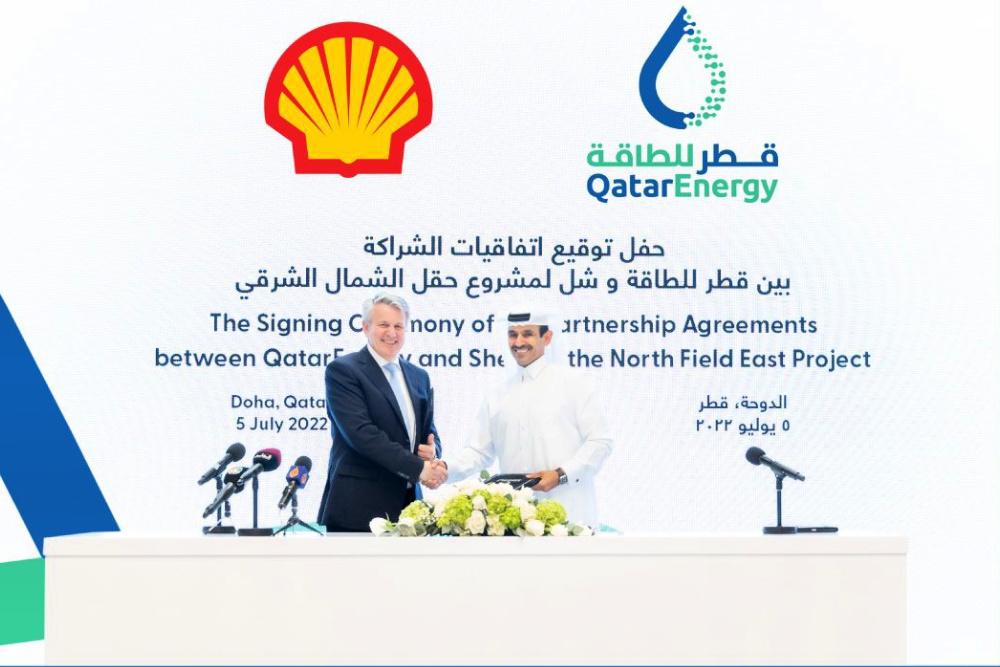 Per the agreement, QatarEnergy and Shell will team up in a new joint venture (JV) company with the former holding a controlling 75% working interest and the latter holding the remaining 25%, QatarEnergy announced July 5 in a press statement. The JV will hold a 25% in the entire NFE development, which will consist of four LNG trains with a combined nameplate capacity of 32 million tons per annum (mtpa). Initial gas shipments from the development are expected in early 2026.

“Today’s announcement marks the successful conclusion of the selection of our international energy company partners in the North Field East project, through which QatarEnergy and its partners reaffirm their commitment to the energy transition and to the safe and reliable supply of cleaner energy to the world,” the Minister of State for Energy Affairs Saad Sherida Al-Kaabi said.

The agreement is the final in a series of partnership deals signed in June between QatarEnergy and TotalEnergies SE, Eni SpA, ConocoPhillips Co., and Exxon Mobil Corp. for the mega NFE expansion development set to boost Qatar’s LNG export capacity to 110 mtpa from around 77 mtpa. A planned expansion at North Field South could add another 16 mtpa of capacity.

QatarEnergy’s announcements this month and last related to the NFE expansion project come as global energy markets scramble to boost energy supply impacted by Russia’s invasion in the Ukraine amid a global decarbonization push that favors natural gas as a so-called “transition fuel.”

The agreement between QatarEnergy and Shell also fits into the U.K.-based company’s energy transition business strategy and plans to maximize value in Qatar’s LNG industry.

“Lower carbon natural gas is a key pillar of our powering progress strategy and will also help us achieve our target of becoming a net-zero emissions business by 2050,” Shell CEO Ben van Beurden said in a separate press statement.