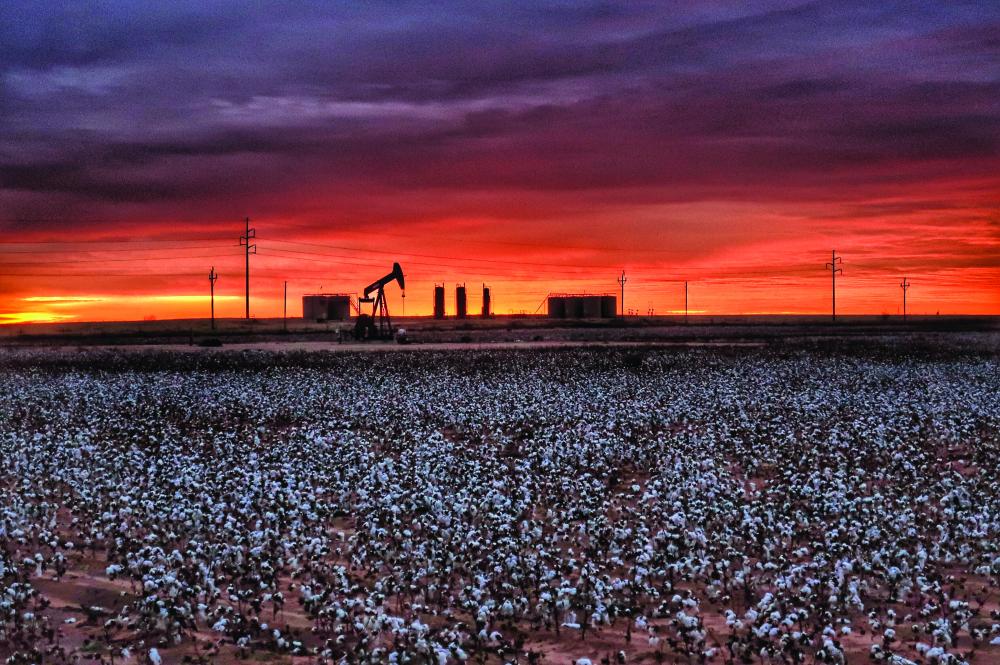 Rather than flare off unwanted natural gas, producers should use it to replace electricity to power artificial lift systems. (Source: GB Hart/Shutterstock.com)

The first widespread drilling program of horizontal wells was in the Austin Chalk in Texas and Louisiana. These wells were not fractured, were completed in open hole and were normally pressured. They produced a good amount of gas and were predominantly lifted with gas lift. A modified multirate gas-lift design was used to follow a well’s production from the highest rate to depletion. These wells depleted slowly, so the designs worked efficiently for years. The compressors used on these wells were natural gas-driven.

Unconventional horizontal wells that are fractured produce a lot of gas and, as a result, also a lot of sand and water. Both of those cause serious problems with electric submersible pumps (ESP) and rod pumps. Most operators flow the wells back until the wells reach a rate when they need to be put on artificial lift. The typical artificial lift strategy for unconventional wells is to run an ESP as the first artificial lift method. ESPs can produce very large amounts of fluid, but they are very sensitive to sand and gas and typically have a short runlife.

ESPs are pulled when reaching the end of their usable lives, and gas lift is run as the second artificial lift method. Pumping unit salesmen have convinced operators that gas lift is not an efficient lift system below 500 bbl/d. Therefore, the third artificial lift change is made when the wells reach a rate where they have been deemed inefficient, and the gas lift is pulled and pumping units are run.

Pumping units do not like gas and sand either, but they are the most widely used method of artificial lift in the world. ESPs, like pumping units, also struggle with gas and sand, and modifications must be made to keep the ESP and pumping units running in unconventional wells. Gas lift does not need to be modified to work in these wells.

In all the major gas fields in the world, gas lift is the dominant artificial lift method used, while gas-fired compressors are the dominant source of energy used to power the gas-lift fields.

Flaring
On any night in shale basins around the world, the sky is lit up with flares to dispose of natural gas that cannot be transported to the market or otherwise used. It is a wasteful but safe way to dispose of the gas. The market for natural gas is nonexistent at a price that operators can afford to build the infrastructure to get the gas to market. For most operators, the only sensible option is to flare the extra natural gas.

Natural gas, like potable water, is a finite resource. Farmers in areas like the Texas Panhandle were once blessed with an overabundance of freshwater for many years, but they pumped water out of the ground to the point that today there is not enough water to irrigate the fields. Unfortunately, much of that water was wasted rendering the once prolific farms almost unusable today. This is where natural gas could be if the current practice is continued.

There is a simple answer to solve the issue of wasting natural gas. The answer is to stop using technology that is powered by electricity and power the lift systems with the overabundance of natural gas.

This problem first presented itself to the gas-lift industry in the 1980s when the Austin Chalk wells headed terribly. Many conversations and meetings were had to try to solve this issue and, luckily, a solution was uncovered rapidly.

Slugging in horizontal wells is the natural flow regime. Fluid, sand and gas separate as they travel down the lateral section of a horizontal well. When the fluid reaches the heel of the well, it begins to travel up to the vertical section of the well. As the fluid and gas turn the corner and reach 15 degrees to 45 degrees, gravity takes over and the fluid falls back onto itself into a turbulent flow pattern.

A simple method was developed in the early days of the Austin Chalk’s existence when operators began to run tailpipe below the packer. This tailpipe had to be long enough to ensure that the end of the pipe was laying on the bottom of the lateral so that fluids, sand and gas would remix. The gas helps push the fluids and sand around the corner and to the surface. The heading is not completely stopped, but the slugging is slowed enough to keep the compressors running on the produced gas. The problem is solved, and gas lift using gas-fired compressors remains a popular practice in the Austin Chalk.

High-rate gas lift
Unconventional wells can produce incredibly large amounts of fluid that many might say must be produced with an ESP. That is false. Gas lift, when properly configured, can produce rates up to 70,000 bbl/d. To achieve such rates, the well must have the ability to deliver rates that high and the tubing and casing must be designed to produce at these rates. In addition, compressors must be built to deliver more injection gas at higher pressures. Engineers must think out of the box, challenge conventional wisdom and come up with new design methods to achieve the rates desired. The knowledge is out there to do all these things, but much of it has left the industry.

A high-rate design for a well producing 8,000 bbl/d routinely drops to a much lower rate like 3,000 bbl/d. At that point, it must be changed to efficiently lift the lower rate whether it is on gas lift or an ESP. A gas-lift system can easily be configured to produce from 3,000 bbl/d down to 300 bbl/d to 500 bbl/d at which time most operators shift to pumping units. That move is very expensive and uses electricity.

Other nonelectric lift options
Another option is to install a multirate gas-lift design that will produce from 3,000 bbl/d through depletion. One of the more popular nonelectric options is to set a tubing stop with a bumper spring above the operating gas-lift valve. A big bypass plunger is dropped into the well and the well is put on gas-lift assisted plunger lift (GAPL).

Gas-fired generators also are available. Pumping units, ESPs and other forms of artificial lift can be powered by these generators. Gas and sand will shorten the life of either of these systems.

Conclusions
Electricity is not needed to lift an unconventional well at any time in the life of the well. When planned correctly, a well can be placed on high-rate annular lift, then switched to conventional gas lift and then to GAPL or velocity gas lift with minimal tubing pulls. 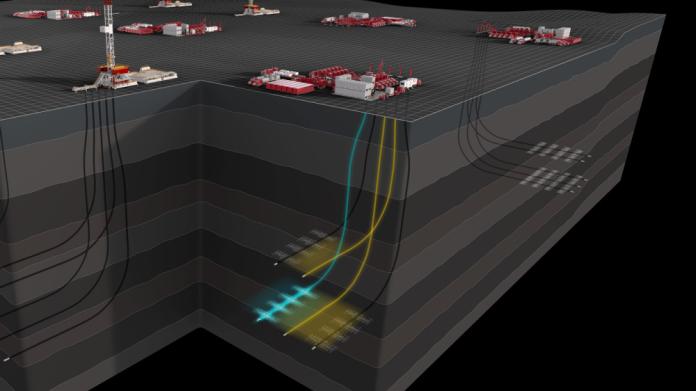 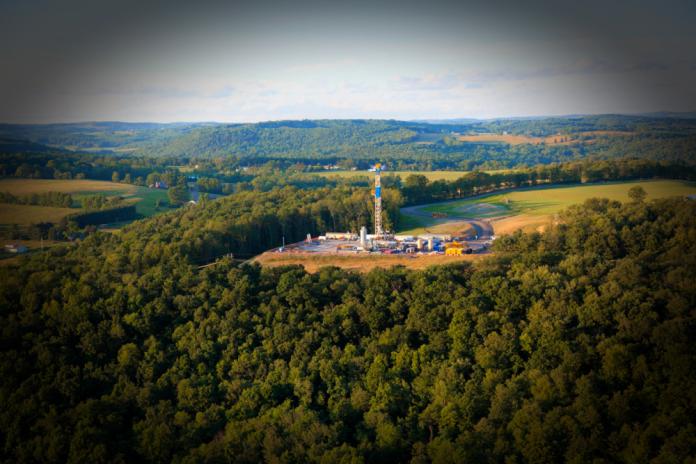 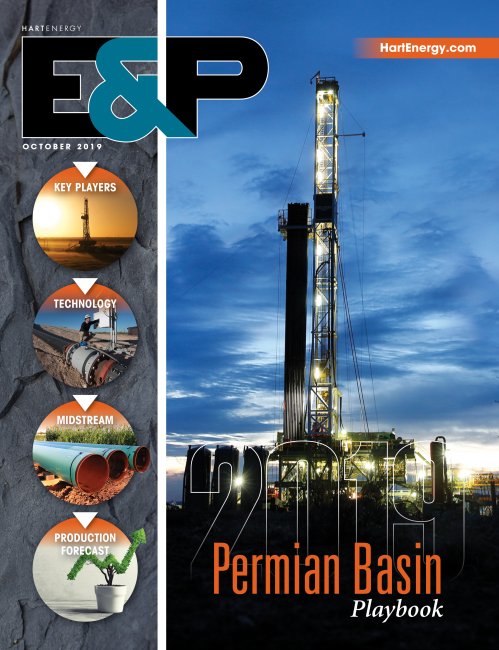