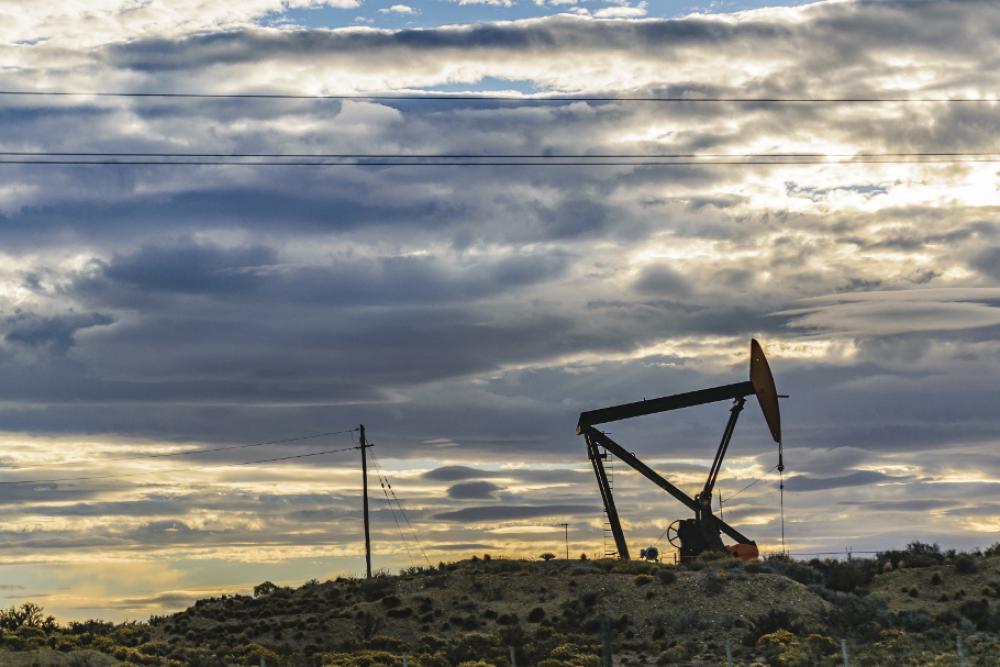 As a result of improved labor policies, reformed commodity pricing regulations and a reduction in development costs, Argentina is poised to become the next major player in commercial unconventional production, following the U.S. and Canada. Although Argentina is still in the early stages of its development life, production at its vast Vaca Muerta Shale increased over the past year, and international oil and gas operators have recently announced billions of dollars in commitments to the play.

According to the U.S. Energy Information Administration (EIA), Argentina’s Vaca Muerta makes up about 60% of the country’s 27 Bbbl of technically recoverable shale oil reserves, thus ranking as the fourth largest shale oil reserve in the world. Vaca Muerta often has been compared to the Eagle Ford Shale, featuring similar geologic properties in terms of depth, thickness, pressure and mineral composition, according to the EIA.

Although the two may have similar geologic properties, the EIA said the production history in the Eagle Ford will likely be difficult for Argentina to replicate.

“The highest active rig count in Argentina in recent years was 110 for its nonshale oil and gas production, compared to more than 230 dedicated shale rigs in the Eagle Ford alone in 2013,” the EIA reported in February 2017.

Since 2010 more than 588 vertical and horizontal shale wells have been drilled and completed in the Vaca Muerta, the EIA reported. More are on the way, according to research firm Wood Mackenzie.

“The past year has been a really big one for Vaca Muerta,” said Amanda Kupchella, research analyst for Latin America upstream oil and gas at Wood Mackenzie. 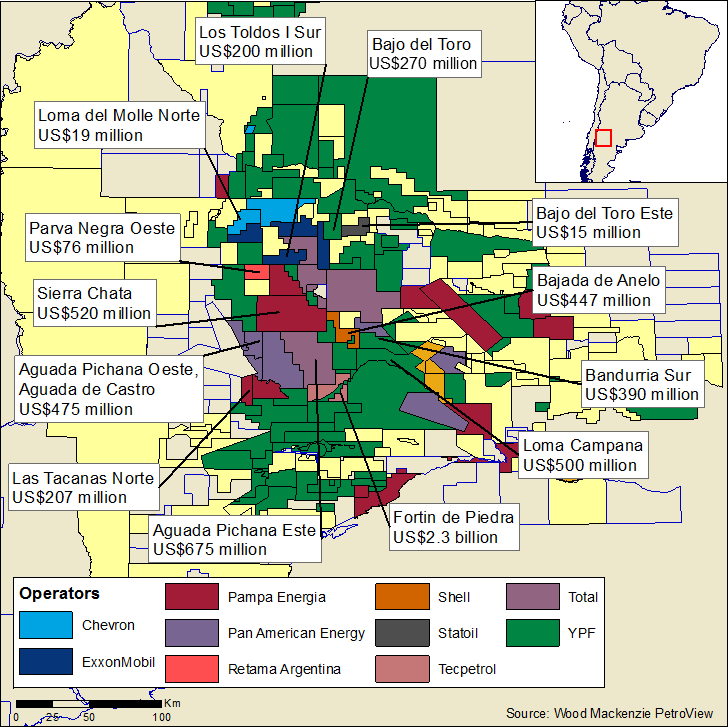 The region’s biggest player is its country’s staterun oil operator. According to its December 2017 investor report, YPF had 596 producing shale oil and gas wells in 2017 and 17 new wells online by the third quarter of 2017.

Overall, production in Argentina is at about 90,000 boe/d, up from 30,000 boe/d in 2014, Kupchella said. The increase in output has primarily been driven by the Loma Campana and El Orejano developments, she said.

In a May 2017 report, Wood Mackenzie stated that production from the seven most advanced developments in the Vaca Muerta is expected to double the 2016 levels to 113,000 boe/d.

“There are numerous other projects across the play that are in the pilot phase right now,” Kupchella said. “As those begin to ramp up and move into full development mode, we’re really going to see a bigger ramp-up [in production] across the play. All of those pilots are happening at the same time right now.”

Among the reasons for the increase in interest in developing unconventionals in Argentina are more liberalized policies for hydrocarbon development in the country, the deregulation of the price of oil in Argentina and a labor agreement between unions and the local and national governments, Kupchella said.

In October 2017 the Argentinian government lifted regulated price controls of domestic liquid fuels, opting instead to allow commodity prices to be market-driven. The system was put into place to protect interest in drilling in the country when commodity prices were low.

“That really shows all the players are willing to work together to develop the play and is a specific priority for the government and for YPF,” Kupchella said.

In addition to pricing deregulation, Argentina also successfully negotiated terms between labor unions and producers, which had previously discouraged operators to commit to new pilots. 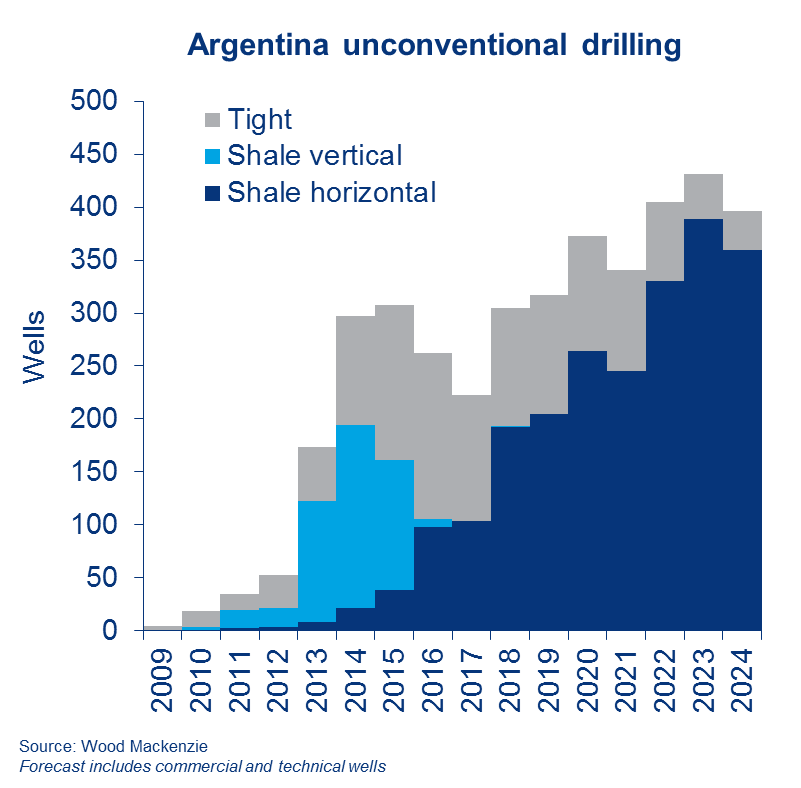 Operators like YPF have helped give rise to production increases in Argentina by driving down drilling costs and enhancing completion designs, which has similarly been the driving cause for the record amounts of production in North America.

“It’ll be really important to scale that and apply it because most of the cost reductions have been achieved at Loma Campana,” she said. “So, other operators are also doing the same thing. It’ll be important to apply those learnings across the play.”

Widespread cost reductions, however, may be difficult to replicate, particularly those experienced by YPF, Wood Mackenzie reported.

"Cost reductions are a key focus for operators, and our type curves heavily reflect YPF’s cost achievements,” Nikolova said. “YPF significantly brought down costs to $8.2 million in [the fourth quarter of] 2016. New entrants may be challenged to match YPF’s cost structure, but logistics and proppant improvements can help bring down costs across the basin.”

In May 2017 the EIA reported that the average drilling and completion costs of a horizontal well in the Vaca Muerta was about $11.2 million as of 2015, compared to $6.5 million to $7.8 million in the Eagle Ford.

The ultimate success and competitiveness of Argentina’s unconventional oil and gas resources, according to the EIA, will depend on the costs of drilling and completions as well as the productivity of recently drilled wells. Recent trends of increased production, an improved labor situation and lower costs are setting Argentina up for a potential bright future.

“These are all really good signs,” Kupchella said. “They indicate there is a lot more confidence in the potential play.” 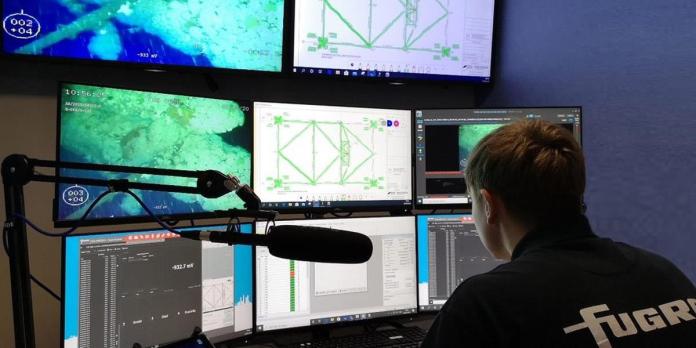 Fugro has delivered the first fully remote inspection of an oil and gas platform in U.K. waters, 250 km east of Scotland, using a ROV and Fugro’s state-of-the art remote operations center (ROC) in Aberdeen, the company said on Aug. 4.