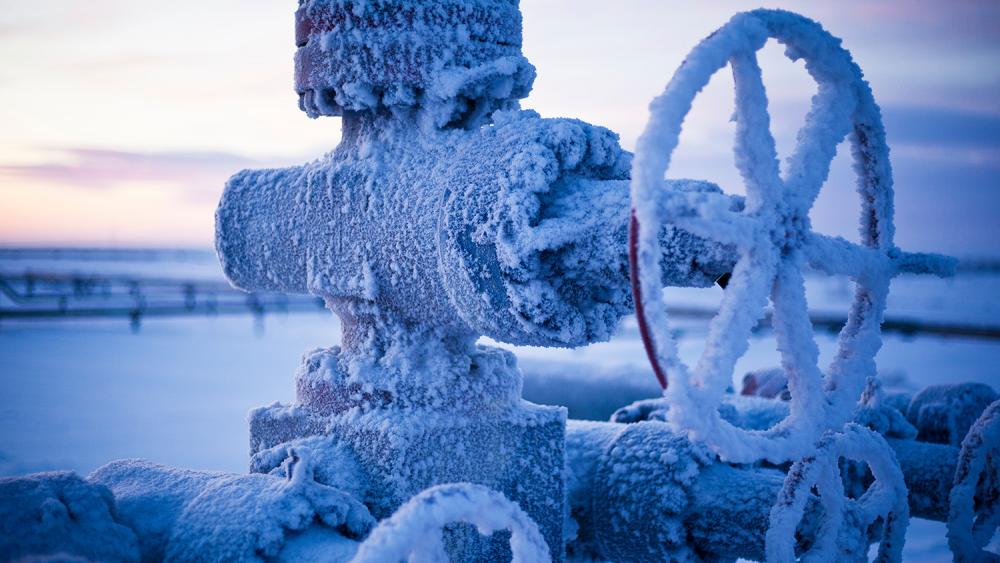 The price of natural gas in New England, which surpassed the stratospheric levels of Asian and European markets last week, has retreated but still hovers around $20/MMBtu in the wake of last week’s brutal winter storm that wreaked havoc on oil and gas production across the country.

The Algonquin Hub, which feeds gas into Northeast markets, saw its price spike to $35/MMBtu on Dec. 23, while Asian and European prices kept to the $30-$32 range. The benchmark European TTF price closed at $25.043/MMBtu at noon CT on Dec. 28.

Oil production suffered a major hit when the arctic front last week enveloped the Bakken Shale in North Dakota with what the state’s highway patrol termed “severe” snowdrifts, according to the Bismarck Tribune. Parts of North Dakota experienced wind chill of 55 degrees below zero.

“It’s estimated to be down 400,000-450,000 bbl/d,” Jessica Petrick, spokeswoman for North Dakota’s Department of Mineral Resources, told Hart Energy. “But the weather is improving rapidly and operators are working quickly, so I think we’ll restore that production pretty fast.”

Petrick said the department expected crude production to fully recover before the end of January. The temperature in Williston, North Dakota, was 38 degrees at midday on Dec. 28 with a 30% chance of snow.

In Appalachia, output suffered an aggregate 9 Bcf/d hit, or 27% for the region as a whole. Well freeze-offs chopped Ohio’s production by half and Pennsylvania’s by more than 20%, Bloomberg NEF calculated.

Enverus noted that U.S. dry gas production dipped to nearly 84 Bcf/d, down from about 100 Bcf/d. “Some of those volumes have recovered but a large portion of volumes in Appalachia still need to recover,” the analysts said. EQT alone reported 1.5 Bcf/d of its 5 Bcf/d of production offline, though the company expects the shut-ins to recover in the coming days.

The harsh weather in the eastern U.S. applied extreme pressure on the electricity grid. PJM in the Midwest and Northeast needed to issue an EEA level 2 alert (one step from rolling blackouts) during the peak of the storm, which urged customers to conserve energy and forced demand-response customers to cut their loads.

In the Southeast, TVA issued rolling blackouts due to power supply issues.

Enverus described the storm as a great low-temperature weather test for ERCOT in Texas. For the most part, ERCOT passed. Generators performed well and few outages were observed, even during the storm’s peak, the analysts noted.

“However, ERCOT is facing criticism as it was unable to accurately predict those high load levels ahead of the storm,” they added. “On the supply side, this storm produced sunny, windy and dry conditions. The high solar generation, relatively high wind generation and dry weather conditions created an environment that was much easier to manage compared to Uri (the sever freeze of February 2021).”

But as they say, past performance is not indicative of future results. The next true test of grid stability may be a storm more similar to Uri, Enverus said. Thermal generation capacity and transmission line congestion remain a risk and demand continues to grow.

The benchmark Henry Hub natural gas price fell below $5/MMBtu on Dec. 28, well above the low close for the year of $3.46/MMBtu set in November but less than half of the peak close of $9.85/MMBtu set in August.

On the Gulf Coast, shutdowns due to low temperatures took about 1.5 million bbl/d of refinery capacity offline. The storm completely shut facilities run by Motiva Enterprises, Marathon Petroleum and TotalEnergies, Reuters reported. In all, 12 refineries suffered damage and some level of reduced capacity, which could take up to two weeks to remedy in some cases.