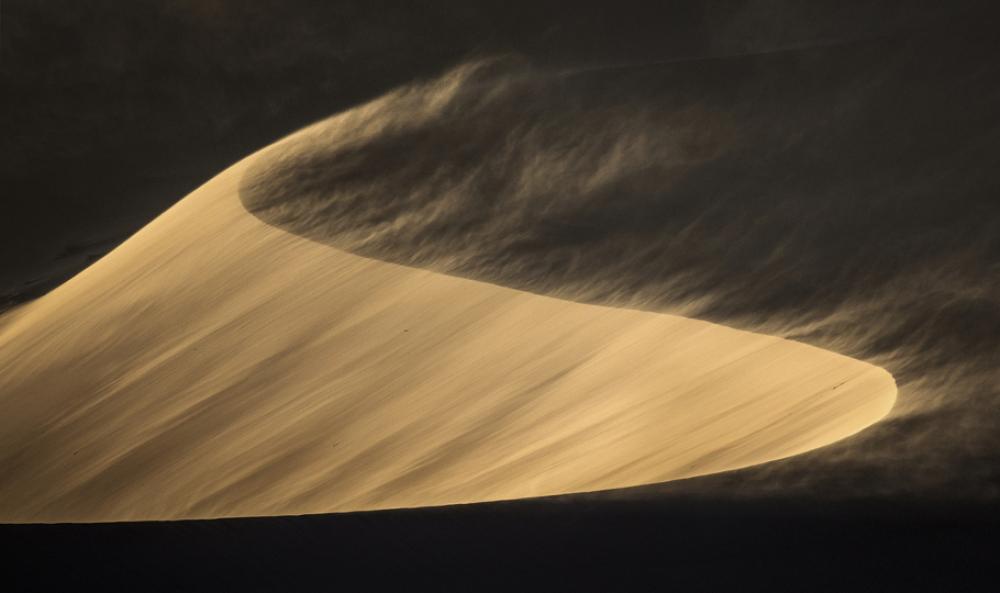 Increased drilling in that basin and others is reviving rigs, adding frack crews and requiring supplies, including enormous amounts of proppant. Through each lateral well, sand weighing about the same as a fully-loaded locomotive will be used to open fissures in the shale.

Drilling needs are massive—each month the Permian uses roughly 900,000 tons of proppant, nearly all of it raw sand.

The ramp-up in activity in U.S. shale basins is putting the squeeze on suppliers, many of which are working to add sand production capacity to meet growing demand from E&Ps.

The oil and gas industry’s estimated sand proppant demand is forecast to rise from about 75 million tons this year to more than 100 million tons in 2018, but some estimates are as high as 147 million tons, according to Bryan Shinn, CEO of U.S. Silica Holdings Inc. (NYSE: SLCA), one of the industry’s largest frac sand suppliers. Supplies—particularly for the fine 40/70 mesh frac sand—are already running low.

“Our industry will be short [on] capacity and we cannot let sand become the bottleneck for the completions industry,” Shinn said during the company’s first-quarter earnings call this week.

But the predicament has been profitable for U.S. Silica, which reported revenue from its oil and gas business jumped by 161% to $193 million for first-quarter 2017 compared with $73.9 million the previous year. The figure was up 41% compared with fourth-quarter 2016.

Shinn pointed out that the U.S. rig count increased 27% during the first quarter while the industry focused on proppant loading and pushed out lateral lengths farther. Some companies are pumping more than 1,500 pounds of sand per foot (lbs/ft) as lateral lengths sometimes reach 10,000 ft or more.

About 300 frack crews are active today, up 9% from a couple a months ago, Shinn said.

“Even if our estimated 35 million tons of potential brownfield and greenfield additions come online, the market will still be short,” Shinn said, surmising that the market will stay tight with demand growing faster than supply “for the foreseeable future.”

The hastened pace comes as E&P companies—armed with more efficient, less-costly ways to produce oil and gas—take advantage of oil prices near $50 per barrel, in part thanks to production cuts by OPEC and non-OPEC members, including Russia.

Uncertainty remains. OPEC meets in May to decide whether to extend its quota. A recent slide in oil prices and the potential for global production growth to throw supply and demand off balance could depress prices again, though many U.S. companies have locked in price hedges.

Energent, part of Westwood Global Energy Group, estimates that well completions in the U.S. will increase by 25% to 35%, said Todd Bush, a principal at the company.

Bush told Hart Energy that the spike in completions will be a factor in intensified sand use.

The mega-frack movement, or high-intensity completions, is partly behind the increased demand for sand. The process demands not only more frack sand but more fluid and chemicals to stimulate near-wellbore rock, according to Bush. Most of the completions in the Delaware Basin, for example, used on average 1,990 lbs/ft of frack sand and 1,920 gallons of fluid per lateral foot, according to first-quarter 2017 data from Energent.

While the amount of frack sand varies per basin and depends on the size of the lateral, “it’s not uncommon to see 12 million pounds of sand for one well in the Permian,” Bush said.

However, the Permian is not the only play where operators are pumping more frack sand. Energent is keeping its eyes on the Haynesville, where Bush said the average amount of proppant used was more than 3,000 lbs/ft, compared to an average of 1,500 lbs/ft in parts of the Permian in fourth-quarter 2016.

“As companies have optimized completions, the amount of sand that they are using on a per-well basis has drastically increased from what it was five years ago,” Bush said.

The good news for E&Ps is that frack sand suppliers, private and public companies alike, are responding by increasing capacity at their sand mines or bringing on more production.

Schlumberger (NYSE: SLB) clearly expects the proppant market to tighten and has invested in sand mines “which are now starting to come on production,” Patrick Schorn, president of operations for Schlumberger, said during the company’s earnings call April 21.

In addition, the oilfield service company has invested further into owning rail cars and transloading facilities, and it has established its own trucking fleet.

Schlumberger is not looking to fully vertically integrate, Schorn said. The company will still rely on long-term suppliers, but considers the investment a good one considering sand’s rapid cost inflation.

Meanwhile, operators and larger pressure pumpers are trying to guard themselves against price increases through longer-term contracts or going directly to sand companies for supplies, Bush added.

U.S. Silica is experiencing this firsthand. Shinn noted its customers are trying to lock in sand supplies for the next three to five years.

This comes as companies work to grow sand supplies, some through acquisitions.

Hi-Crush will add capacity in the third and fourth quarter of this year in the Permian, Bush said, while others are expected to add several million tons in regional sand capacity by the third quarter as well. These include U.S. Silica, which took 340 railcars out of storage—leaving behind none—during the first-quarter to transport sand and help meet growing demand.

The company is in the process of completing design work and getting required permits, having already secured long lead-time equipment. U.S. Silica is also evaluating opportunities for greenfield expansions in the Permian, a place Shinn considers difficult for capacity additions due to challenges such as permitting, water, infrastructure, trucking and equipment availability.

“When it comes to local sand, it’s definitely not a field of dreams,” Shinn said of the Permian. “We believe the market for local Permian sand will have limitations, and there will only be a subset of E&Ps who choose to use these products. Once those companies or their service companies find long-term supply agreements it’s highly unlikely that additional capacity will be needed. Moreover, Permian local sands might not be right for some E&Ps because of their well designs and geology within their acreage.”

But the anticipated frack sand shortage has yet to driven operators to other types of proppants such as ceramics.

“We’re not seeing any evidence of that yet,” Bush said. “But as companies try to keep their completion costs down we do expect to see other types of sands to be included in the mix.”

A company may check on the availability of other mesh sizes and types of sands to make sure it has enough frack sand available to complete a well, if the preferred mesh size is not in stock. But the product is still frack sand, not ceramics or resin-coated, Bush added.

For the most part the trend is toward finer grades of sand.

“There is more demand for 40/70 and 100 mesh than 20/40, which is the coarsest grade,” Shinn said. “We’ve also seen some customers over time choose to use lower quality or local sand, particularly in the Permian.”

That trend is expected to continue, but he also pointed out that some customers have said they tried those products and weren’t satisfied with the results. Others, he added, have opted not to use local sands for other reasons.

Given tailored completions designs, operators are particular about the quality of sand and mesh sizes used.

“All sands are not fungible within that 100-million plus tons of projected 2018 demand,” Shinn said. “We on average should see 20-25% more total supply than demand before our markets come into balance.”

BP will take charges of $2 billion to $3 billion in the third quarter, as the British energy firm looks to reach divestments worth $10 billion a year ahead of schedule.