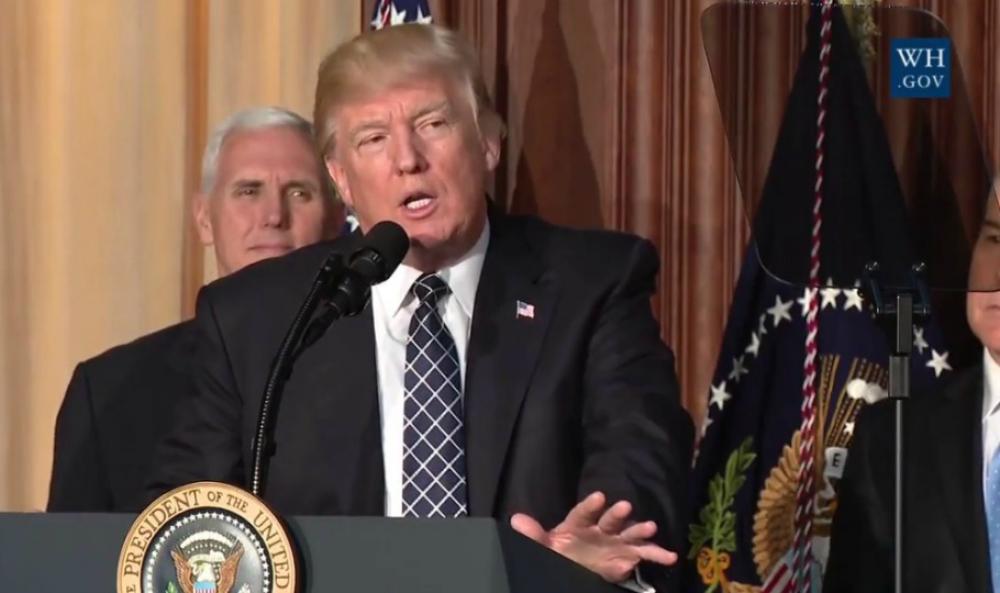 A screen shot of President Trump addressing a crowd on March 28 at the EPA prior to signing the executive order. Source: White House

President Donald Trump invoked his campaign mantra of jobs and unleashing the economy on March 28 as he signed an executive order rolling back six executive orders and presidential memorandums guiding the Obama administration’s climate change policies.

“We’re going to bring back our jobs, bring back our dreams and make America wealthy again,” the president said at the signing ceremony at the U.S. Environmental Protection Agency.

The oil and gas industry embraced the action that undid the centerpiece of President Obama’s climate change policies, the Clean Power Act.

“Obama-era climate change policies such as the Clean Power Plan, the social cost of carbon, methane regulations and others do not have a solid basis in law,” said Kathleen Sgamma, president of the Western Energy Alliance. “Rather, they were a vast, unlawful overreach by the Obama administration based on incomplete science. By reorienting climate policies back on the Clean Air Act and the full spectrum of science, President Trump can not only continue this success in reducing greenhouse gas emissions, but will spur economic opportunity for hard-working Americans.”

The head of the Independent Petroleum Association of America (IPAA) also hailed the assault on regulations.

“Today’s action by President Trump calls on his administration to review existing federal agency policies that have held back American energy production, rescinding rules that have limited our economic growth with little benefit,” said IPAA President and CEO Barry Russell in a statement. “The common sense action stands to provide clear benefits for the economy, consumers and the environment.

The president stressed his support for the coal industry, which has lost thousands of jobs and considerable market share in power generation to natural gas.

But any growth in coal will not threaten the advantage held by natural gas, experts said.

“Many coal-based facilities have been shut down over the past several years because of economic conditions,” Charles D. McConnell, executive director of Rice University’s Energy and Environment Initiative, told Hart Energy. “The marketplace drivers for natural gas to continue to be a compelling choice will not change anytime soon.”

The response from the environmental community was harsh.

“According to the Environmental Protection Agency’s own scientific analysis, rescinding the Clean Power Plan—which reduces a range of dangerous air pollutants in addition to carbon—would cause each year up to 3,600 more premature deaths, 1,700 more heart attacks, 90,000 more asthma attacks, and 300,000 more missed work days and school days,” said Fred Krupp, president of the Environmental Defense Fund, in a statement.

The American Council for an Energy-Efficient Economy focused its attention on turning the fight away from the federal government.

“While the Trump administration chooses to move backward, states and local governments can choose to move forward with energy efficiency for its benefits to families, the economy and the environment,” said Maggie Molina, the group’s senior director of policy, in a statement.

But the Clean Power Plan was not really on track to make that much of a difference in climate change, McConnell argued.

He noted that the measure was intended to reduce global carbon dioxide (CO2) emissions by only 0.2%. The Paris Agreement can only achieve 1% of what is necessary to achieve a 2-degree Centigrade cap on climate change over the next 15 years.

“[Former] EPA Administrator [Gina] McCarthy encouraged us to not look at the Clean Power Plan strictly by the merits of it, but the fact that the United States was providing global leadership, which to me is a bit of a conundrum because leadership would mean that you’re actually doing something, and we’re not,” said McConnell, who served as an assistant secretary of energy during the Obama administration. “But what the Clean Power Plan would do, however, is increase people’s power prices in the seven states that would have been required to bear 40% of that load or burden. It would have made power a lot less reliable.”

The executive order, McConnell said, only begins the process of the U.S. needs to do.

The administration will also review the Clean Power Plan as well as rules affecting methane on oil and gas production and hydraulic fracturing. 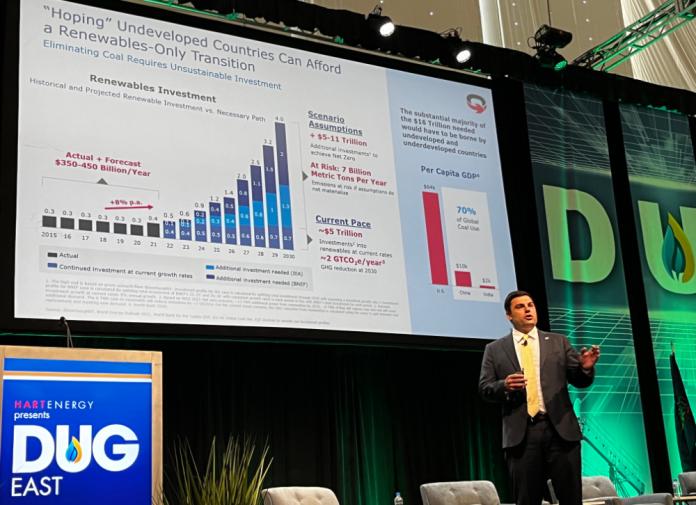 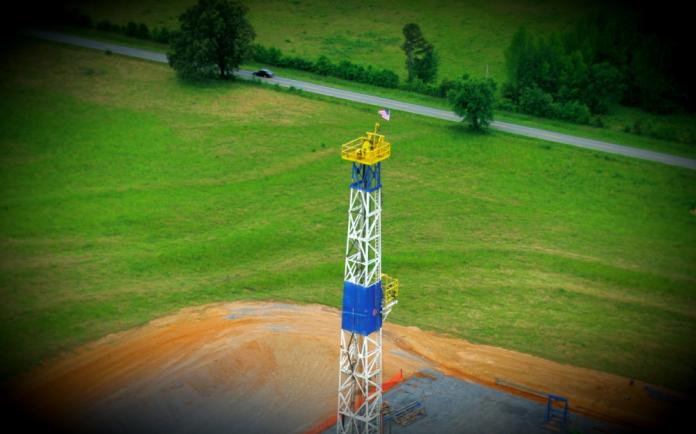