While the prospects of the Keystone XL Pipeline have diminished—at least for now—the idea of moving product across the Canadian border still has a pulse.

Even without a cross-border permit for the proposed Keystone XL Pipeline, Stratas Advisors estimates that upward of 625,000 barrels per day (bbl/d) of incremental pipeline capacity could quickly be readied by competitors before 2020—all without U.S. presidential permits. That includes 540,000 bbl/d of incremental improvements into PADD 2 (Midwest) along the Enbridge system, approximately 40,000 bbl/d of new capacity enabled via potential Spectra Express Flexibility Enhancements into PADD 4 (Rocky Mountains) and Kinder Morgan’s Puget Sound Pipeline Capacity improvements, which could potentially add between 45,000 and 60,000 bbl/d of capacity into PADD 5 (West Coast). These projects include:

Spectra Energy Partners LP has plans to debottleneck tankage and related on-system assets that will boost a cross-border capacity on its existing Express Pipeline that runs from Alberta to Wyoming to something that should be closer to the 280,000 bbl/d permitted capacity by year-end 2016 vs. current run rates of about 240,000 bbl/d. The operational improvements within the U.S. are not subject to any permitting process by the U.S. president.

Requiring only $40 million, per disclosures made in 2013, improvements to the Puget Sound pipeline would entail two new pump stations and a one-mile segment replacement of a 16-inch pipeline with 20-inch diameter within Washington State. The pipeline would thereby be able to carry 225,000 bbl/d of Western Canadian crude oil (up from current 180,000 bbl/d capacity at its 850 psi pressure rating) from the Trans Mountain Pipeline System in Canada. We think these improvements could be completed this decade.

Depending upon the propensity of the next U.S. administration to grant presidential permits for cross-border pipelines, we think a net additional 260,000 bbl/d of cross-border capacity could be realized across the already expanded—but not yet permitted to operate—1-mile Enbridge Alberta Clipper Border Segment. That fact came to light in a questions-and-answers segment during the 2015 Enbridge Analyst day. The Enbridge Alberta Clipper (Line 67) pipeline is presently permitted across the border at 450,000 bbl/d.

Given an agreeable U.S. administration and favorable economics, we estimate that Spectra Energy Partners LP may opt to invest in its announced—but not yet scheduled—Express Pipeline Twin projects. This cross-border pipeline twinning project could double the 280,000 bbl/d capacity of the Express Pipeline “later in the decade,” according to company disclosures. To our knowledge, Spectra has ﬁled no permit application for this twinning project. As shown by the Keystone XL saga, any cross-border application ﬁled with U.S. regulators would likely not be successful until the current administration and related parties with similar “keep it in the ground” sympathies are ex ofﬁcio.

Lastly, while not a pipeline directly across the U.S. border, we think the 590,000 bbl/d expansion of the existing Kinder Morgan Trans Mountain Pipeline could result in a like amount of new cost-efﬁcient import capacity from Canada into the U.S. via tidewater off North America’s West Coast.

From the expanded Trans Mountain Pipeline’s terminus at the company’s Westridge Terminal near Vancouver, British Columbia, crude could be loaded into tankers and could then arrive at PADD 5 reﬁners to displace offshore imports (898,000 bbl/d in 2014). But extended permitting efforts continue in Canada at the local and national levels. Although not subject to the crude oil tanker ban north of British Columbia, considerable uncertainty has been injected into this already long permitting process by Canadian Prime Minister Justin Trudeau and provincial opposition. Accordingly, we do not expect this project to go into service until sometime in the next decade.

Out of the ground, into the market

All told, the potential projects discussed by existing cross-border pipeline owners could allow a capital-efﬁcient expansion of southbound cross-border crude ﬂow of 625,000 bbl/d by 2020, all without the uncertainties of U.S. Department of State and presidential permitting.

An additional 1.13 MMbbl/d of Western Canadian crude oil takeaway involving pipelines (and marine logistics as needed) could be added in the latter years of our forecast period if the necessary U.S. and Canadian permits are successfully obtained in a timely manner.

With the Enbridge Line 9 operating, 300,000 bbl/d of increased production growth can and likely will go to Eastern Canadian reﬁners to improve Canada’s energy security. The remainder of the Canadian crude oil production growth we forecast (350,000 bbl/d) can go to the Midwest hubs in Illinois and then onto reﬁneries in the U.S. via rail, marine or pipeline logistics.

We found 625,000 bbl/d of incremental cross-border pipeline capacity that could quickly be added via optimizations without being subjected to new presidential permits (or rejections). Alternately, the 350,000 bbl/d of production growth not heading to Eastern Canada could be loaded into any Western Canadian crude by rail loading terminals that in aggregate today offer 1.1 MMbbl/d of capacity.

From there, they can reach reﬁning markets across the continent. While North American spot prices may not be supportive of rail movements to all markets, removing diluent in Alberta before loading into rail tankers can increase the economics for more barrels.

In our view, the forward outlook for Western Canadian production is currently more constrained by prices and operating costs rather than by takeaway capacity. So the denial of the Keystone XL permit and tanker ban off British Columbia is not going to “keep the oil in the ground.” But the likely demise of both the Keystone XL and Northern Gateway projects by current leaders on both sides of the border will place greater importance on competing pipeline projects and other cost-efﬁcient modes of crude transport, including marine tanking and railing lightly diluted bitumen.

If prices recover to the extent that more Canadian production can be increasingly railed, piped or ﬂoated to the Gulf Coast, we see a lot of upside in Canadian production potentials beyond the 650,000 bbl/d growth we presently forecast for the next 10 years. Prices, not obstructivist political and environmental activism, will determine supply and demand since logistical bottlenecks will have already largely been relieved. 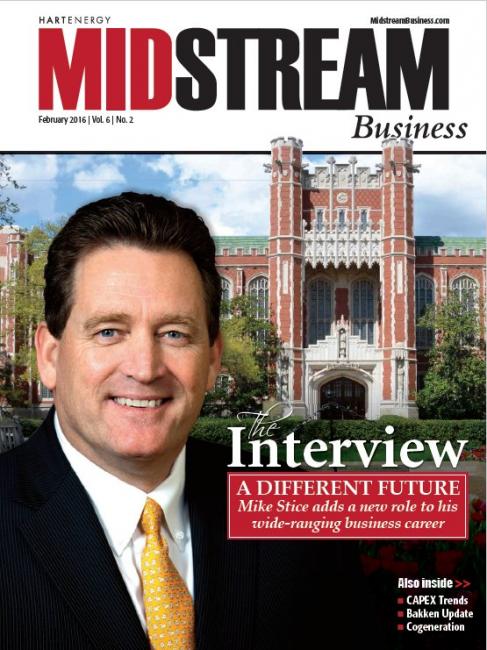