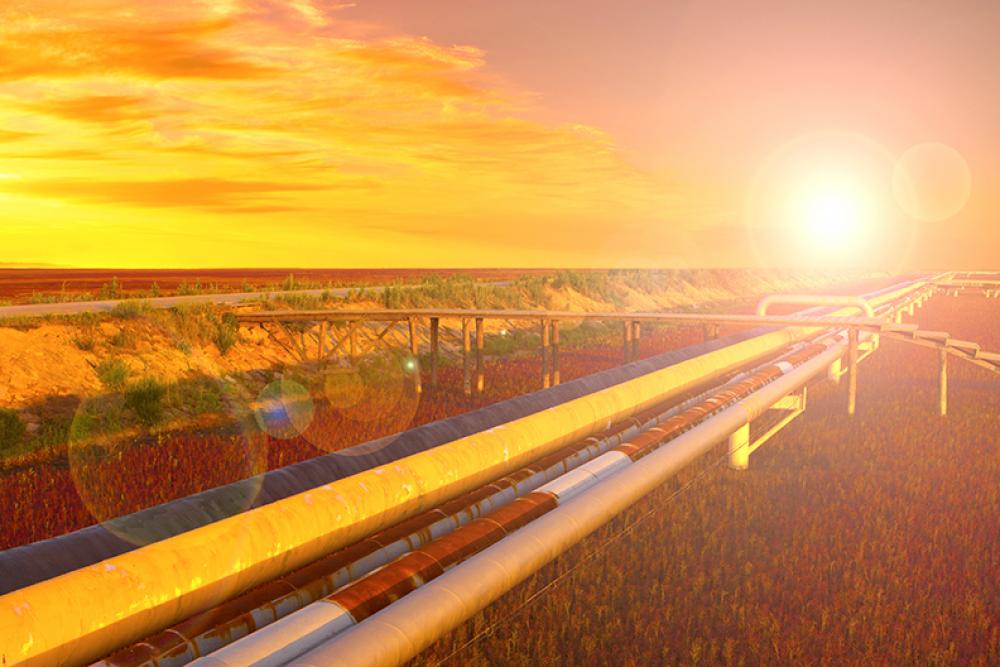 The inability to get gas out of the Permian will have a negative effect on crude oil and NGL in the area, Ordemann said during his keynote address to kick off Hart Energy’s Midstream Texas on June 6.

“The ball has got to get rolling on these gas pipelines because my biggest worry is that gas can strain some of the other production if we are not careful,” Ordemann said.

Due to well technology in the Permian, production of crude oil, natural gas and NGL has hit record levels and that figures to only increase. The problem is that output has risen too fast for the available pipeline.

Experts like Ordemann predict output could rise to as much as 70,000 barrels per day (bbl/d) by the fall of 2019, which will be a problem if the infrastructure isn’t available to transport the product.

Ordemann doesn’t see production slowing in wake of efficiency gains, and if it did, that would cause inflation or lower gas prices.

“We are drilling better wells,” said Ordemann, who does not subscribe to scaling back production as a means to offset the pipeline shortage. “We are just getting more productive in the wells. And this shows through in key areas for crude oil: Permian, Eagle Ford and Bakken.”

Ordemann doesn’t share the disaster outlook that many have predicted for crude oil, but he does see NGL taking a greater hit if there aren’t infrastructure improvements by the 2020 to 2021 timeframe.

“Today we do have a little bit of congestion on the NGL side with pipes and allocation,” Ordemann said. “But all and all it seems to be doing okay. I think some people are starting to get squeezed a little, and I think that will continue to happen until the next round of pipelines come on, hopefully, sometime next year.

“We are planning to bring ours on sometime in the spring of next year,” he continued. “Hopefully, that will alleviate some of the allocation issues we are seeing today with some of the products.”

Ordemann said he sees a lot of room for natural gas growth in the U.S. But at the volume it’s being produced, he believes the country must export the vast majority of its gas.

There are some smaller projects coming online soon, but Ordemann said it won’t be enough to offset the production.

Ordemann said as far back as 2010 Enterprise started to position itself for exporting by opening more docks. Enterprise has yet to get into the LNG market, but Ordemann hinted that could change eventually.

“We could see it coming, we could see the wave of hydrocarbons that needed to go someplace,” Ordemann said of his company. “I think we’ve done a pretty good job positioning ourselves with the exception of LNG, which we haven’t stuck our toes in that water yet. “

Ordemann said his company’s docks are spread around Texas and ready to export quite a bit. He said Enterprise can do about 30,000 barrels per hour from its docks and that number will grow.

“We have some expansions up our sleeve to increase that because if you can’t get rid of the propane, it’s not like ethane, you can’t put it back in the gas,” he said. “So it’s got to go someplace. And the demand for propane in the U.S. is flat at best, and probably declining slightly. So we feel like it’s going to have to be exported.”