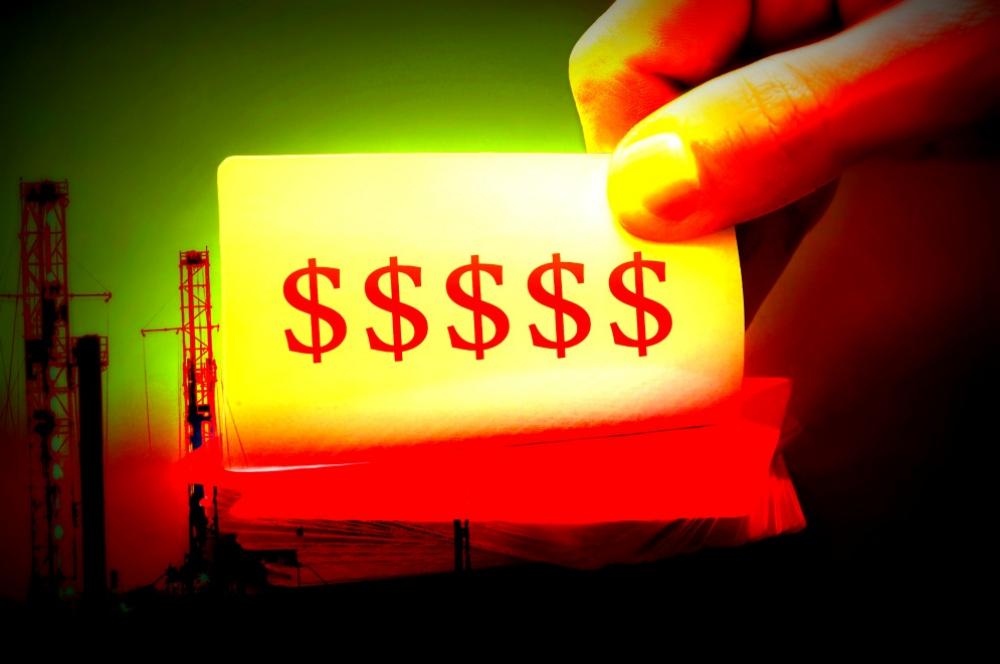 Sundance Energy agreed to acquire the assets located in the volatile oil window of the Eagle Ford Shale from Pioneer Natural Resources and its JV partner for $221.5 million. (Image: Hart Energy)

Pioneer Natural Resources Co. (NYSE: PXD) recently made headway on its goal of becoming a Permian pure-play with an agreement to sell a portion of its Eagle Ford assets to Sundance Energy Australia Ltd. (NASDAQ: SNDE).

The sale is Pioneer’s first move in a strategy announced in early February to sell all assets outside of the Permian, where the E&P plans to focus its entire $2.9 billion capex in 2018.

Assets earmarked for sale, which in some cases have been part of Pioneer’s portfolio for decades, include positions in the Eagle Ford, South Texas, Raton and West Panhandle regions. In total, the company’s divestitures could raise roughly $1 billion in proceeds, Gabriele Sorbara, senior equity analyst with The Williams Capital Group LP, said in a Feb. 7 note.

The divestiture to Sundance represents Pioneer’s roughly 50% working interest in 10,500 net Eagle Ford acres it marketed for a year, said Tudor, Pickering, Holt & Co. (TPH) analysts. The company has about 59,000 net acres focused in the shale play in DeWitt, Karnes and Live Oak counties, Texas, remaining to be sold.

“Good to see this level of undeveloped value as we carried no value for this acreage in our recent Pioneer Eagle Ford valuation analysis, representing a positive read-through for other upcoming deals in the basin such as Pioneer’s remaining larger package, BHP Billiton and Devon Energy’s (TPHe) position, and potentially SM Energy’s acreage further down the road,” TPH analysts said in a March 16 note.

Tim Dove, Pioneer’s president and CEO, said that narrowing the company’s focus on the Permian will be a positive for Pioneer on many fronts including improved margins and corporate returns.

“One of the most important points about this sale is that it will allow us to not only become, as I said, a Permian pure-play, but actually it also makes us the only Midland Basin public pure-play. One of the effects of this is the company becomes more oily on a percentage basis, which I think helps in the face of current commodity prices,” Dove said during a Feb. 7 earnings call, according to a transcript by Seeking Alpha.

For Sundance, the transaction transforms the company into a “leading pure-play Eagle Ford operator.”

Sundance, an Australian-based company with U.S. headquarters in Denver, focuses on the acquisition and development of large, repeatable oil and natural gas resource plays in North America. Within the past year, the E&P has slimmed down its portfolio by divesting a position in Oklahoma’s Anadarko Basin to focus solely in the Eagle Ford Shale.

Pro forma for its acquisition, Sundance will hold roughly 57,000 net acres in the Eagle Ford with an inventory of 716 gross (614 net) undrilled locations in the shale play. As a result, the company’s projected 2018 production is now between 9,000 boe/d and 10,000 boe/d. 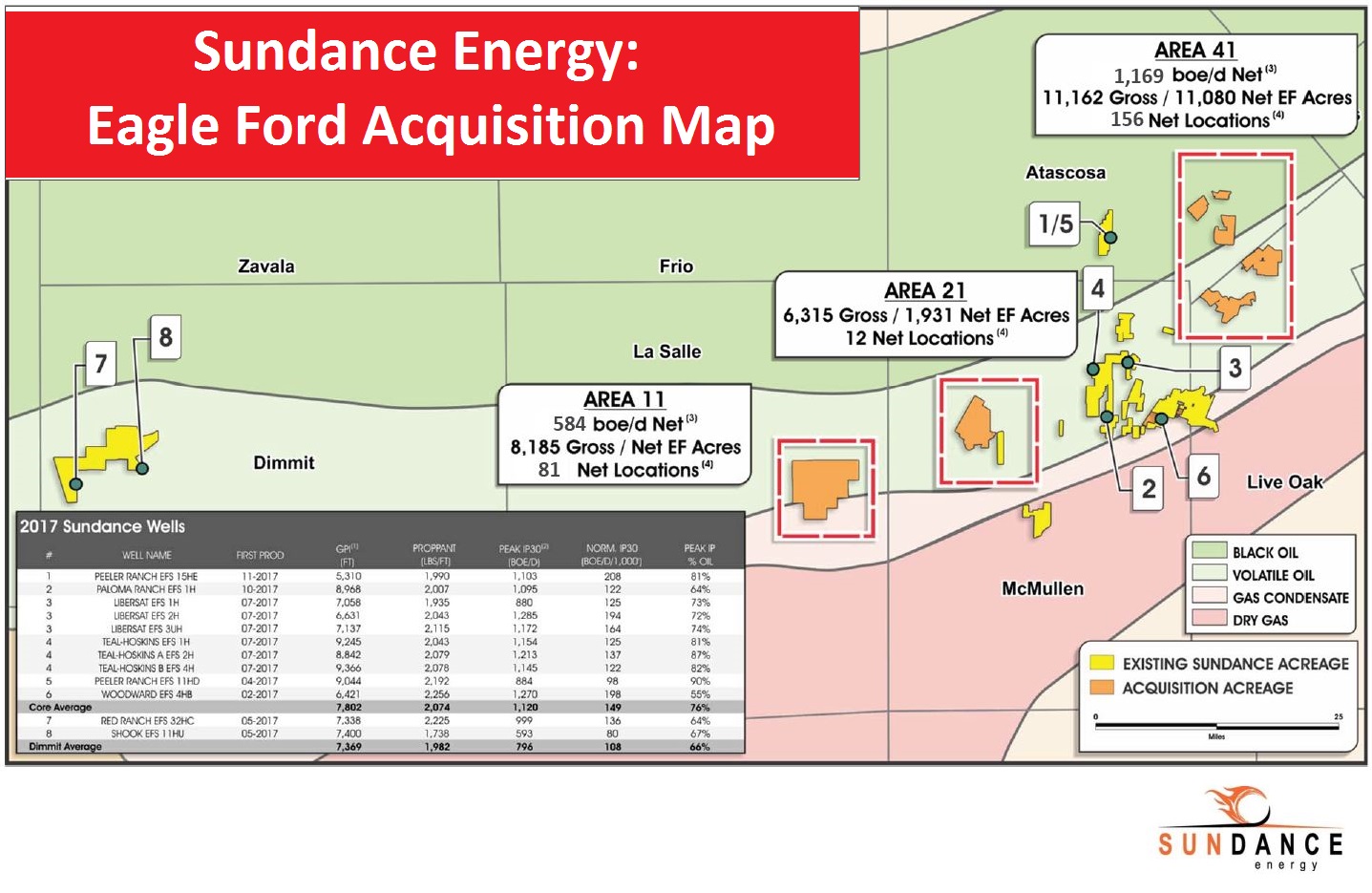 Sundance plans to finance the transaction through a new equity raise of US$260 million. The company said it expects post-transaction liquidity of roughly US$136 million plus cash flow to fund its 2018 development plan.

“This acquisition represents a compelling, highly accretive opportunity to continue our strategy of aggregating assets in the Eagle Ford. The funding provides ample liquidity to execute a two-rig development program that should result in significant growth in production, cash flows and net asset value per share,” Eric McCrady, managing director and CEO of Sundance, said in a statement.

Sundance said it expects to begin pad drilling the acquired assets in second-quarter 2018 with production commencing by the third quarter. The company plans to primarily use two to four well pads to generate efficiencies in its cost per well and optimize recoveries.

Also in conjunction with the acquisition, Sundance entered into new long-term midstream contracts, which provide firm capacity to move oil and natural gas to market at market rates, the company said.

Sundance said it anticipates closing the transaction by April 23. 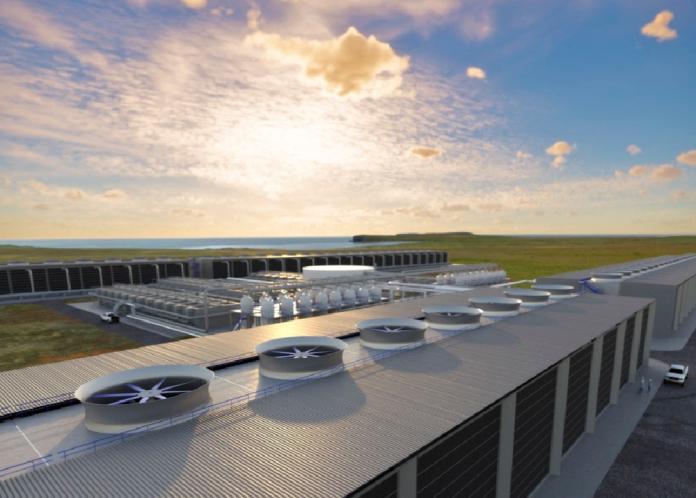 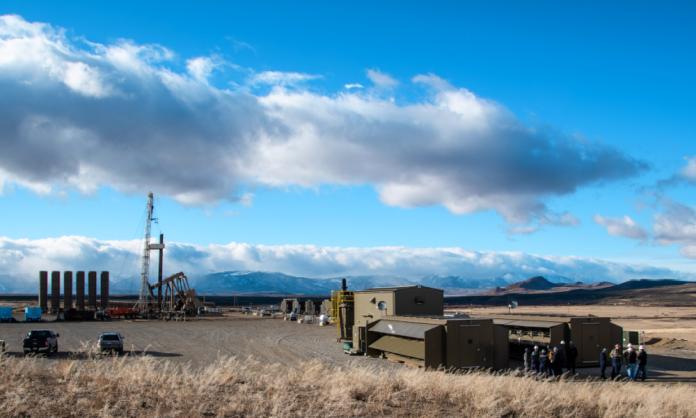