Located in Lea County, New Mexico, the Dark Horse Facility brings purpose-built sour gas treating and carbon capture facility to the Delaware Basin. The facility was specifically built to capture and permanently sequester both CO2 and hydrogen sulfide (H2S) from operators’ natural gas volumes and redeliver their “sweet” gas to third-party midstream processors within the region. 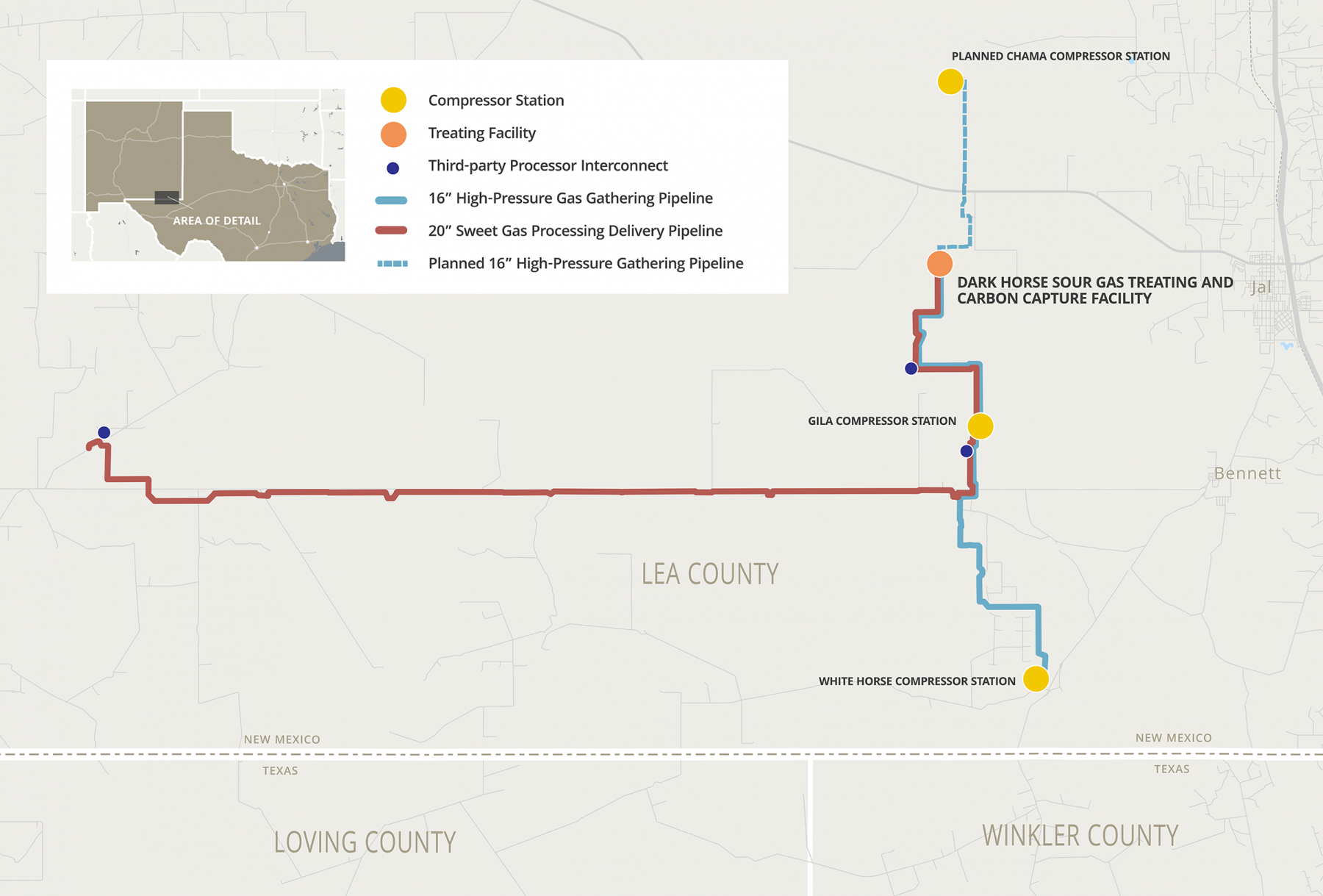 Piñon is near completion on installing a second amine treating plant, which is expected to be completed this month. When operational, the second amine plant will increase treating capacity of the Dark Horse Facility to approximately 170 MMcf/d.

“We are excited to announce that our Dark Horse Facility is open for business,” said Piñon Midstream Co-Founder and President Steven Green. “By removing and sequestering these gases, the Dark Horse Facility makes it possible for operators to realize a single-source solution to CO2 and H2S contaminants that are prevalent throughout the basin.”

“We are also excited to announce that the capacity of Plant 1 is fully subscribed along with a portion of the capacity in Plant 2,” said Piñon Midstream Co-Founder and Chief Commercial Officer Justin Bennett.

The centralized amine treating facility includes a 18,000-ft-deep acid gas sequestration well, Independence AGI No. 1, 40,000 horsepower of full NACE field and plant compression and 30 miles of high-pressure gathering and redelivery pipelines. The facility is expandable to treat up to 400 MMcf/d of sour gas.

Piñon was formed in 2020 with financial backing from Black Bay. It also is supported by underwriting commitments from Ameredev II.