Eagle Ford Jr.? Probably Not, But Then Again …
The rumors, floating hopefully through the coffee shops and diners of Crockett, Madison and Walker counties in East Texas, describe massive reserves of crude oil and natural gas awaiting producers in the Buda formation. Pipelines capable of moving 5 billion cubic feet per day and 1.7 million barrels of oil, or roughly the output of OPEC member Angola, are in various stages of construction.
Has Texas, already laden with the embarrassing riches of the Eagle Ford Shale, Permian Basin and Barnett Shale, done it again?
“It is very early to call the Buda the next big thing in East Texas,” Michael Barnes, senior manager for operations and project communications at Enbridge, told Midstream Business.
But it’s not too early to connect the dots and devise a theory. Here is what a team of Credit Suisse analysts came up with in a report released earlier this year:
EOG Resources Inc. completed a well in December 2013 called Vick “B” Unit #1H. The well tested at 1,765 barrels of oil equivalent per day (boe/d), including 850 bbl/d oil. “Interestingly,” the analysts wrote, “despite the fact that the well was completed on 12/14/13, there was a meaningful lag to the state in terms of reporting (the completion report was filed five months later).”
• The well produced 250,000 boe in its initial 150 days, far above the initial rate of 120,000+ boe from a typical Eagle Ford well.
• Listing several wells completed, the analysts declared that “we believe EOG has established a ‘zone of certainty’ in southeast Madison County.”
• The analysts noted Knight Warrior LLC’s decision to move ahead on its$300 million, 160-mile pipeline that is expandable to 200,000 bbl/d, and plans to build a $90 million gas processing plant in Houston County, Texas, by Lone Star NGL LLC, which is 70% owned by Energy Transfer.
• Conclusion by Credit Suisse analysts: “Many of the inputs to our first-cut analysis are based on assumptions that could prove incorrect. That said, we doubt ‘the Harvard of Shale’ would be spending significant time and energy on a play that wasn’t a potential needle mover. Our first cut analysis suggests$5 to $10 per share of risked upside assuming success.”
Credit Suisse is not alone. J.P. Morgan analysts noted that EOG had amassed more than 700,000 acres in East Texas and North Louisiana, not counting its legacy Haynesville and Bossier acreage.
“Until it acquires its target acreage, EOG likely is trying to conceal, for competitive reasons, its testing program as much as possible,” the analysts wrote in a second-quarter report.
Because the activities are under wraps, J.P. Morgan was reluctant to speculate on what a major discovery could mean for the company, but offered that “announced success on the large acreage position that EOG has amassed could cause the stock to rise at least 10%.” 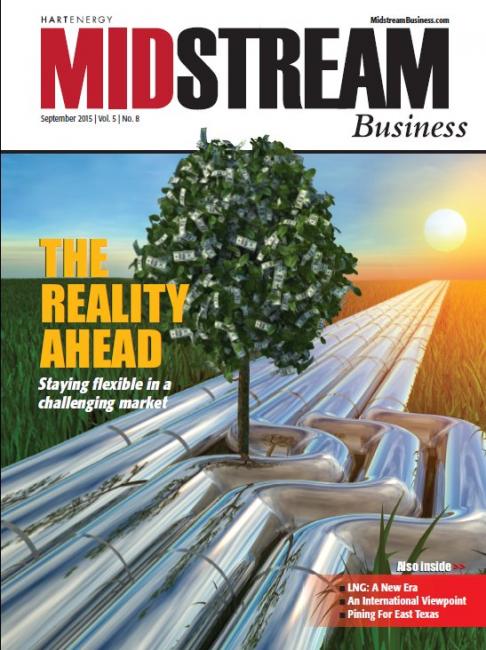