“I think it’s prudent for us to keep our heads down and really focus on driving the synergies as part of this deal for the near term,” the company’s co-CEO Will Hickey said during Hart Energy’s Executive Oil Conference. “But, at the same time, we don't want to overlook or miss a great opportunity to add incremental value to our shareholders via A&D or other mergers by not keeping an eye on what's around us.”

Permian Resources is a mid-cap Permian Basin pure-play created on Sep. 1 with the close of the merger of Centennial and Colgate. The newly formed company has 180,000 net acres and production is expected to reach nearly 150,000 boe/d in the fourth quarter.

The new company has an enterprise value of about $8.5 billion and a deep inventory and is less than one time levered. “This is a true business that is sustainable and we have lots of options for how to take this going forward,” Hickey told attendees to the annual two-day event at the Midland County Horseshoe Arena, adding that creating value was part of a balancing act.

“Right now, we are hyper-focused on driving synergies, reducing cost and creating value for our shareholders,” Hickey said. “But it’s not without looking around… we’re kind of keeping our eyes open and maybe sometime next year we might be ready. If there’s another deal like this or another that helps drive value to shareholders, we’d absolutely consider it.”

Permian Resources isn’t looking to immediately bring in a drilling partner either.

“We’ve got the capital, we’ve got the balance sheet, we’ve got the people to execute on that. I don’t see anything in the near term where we bring in a partner per se,” Hickey said, reiterating the company would surely look at proposals.

“With our asset base, there are not a lot of fringy areas that we would want to bring in a partner to help us accelerate value,” he said. “We really feel that all 180,000 acres are in the good spot, the Delaware, and assets that ultimately compete for capital with the rest of our footprint.

“As such, there’s not an obvious place that we want to bring in a partner or sell off some of that value, at least as we see it today.”

Permian Resources’ vision aims to fill the gap of a Permian pure-play with size and scale to have sustainable operations, a balance sheet to be able to pay dividends and ultimately return a meaningful amount of cash flow to its investors. This while remaining small and still being able to make quick decisions to maximize value, the executive said. 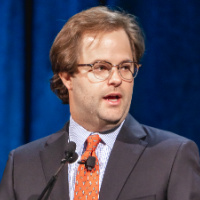 “We’re kind of keeping our eyes open and maybe sometime next year... If there’s another deal like this or another that helps drive value to shareholders, we’d absolutely consider it.”—Will Hickey, Permian Resources Corp.

Hickey believes demand for hydrocarbons is still there amid limited investment capital, which should work well for the company to generate returns for its investors.

The management team of Permian Resources owns approximately 12% of the company. The top executives believe the alignment between the team and its investors is key.

Over 50% of Permian Resources’ production is oil and really one of the major differences in the amount of deep inventory and equity the company has in the Permian Basin. The company believes the Delaware Basin is the most productive, offers the best returns and has the deepest onshore-based U.S. inventory.

In the Permian Basin, the company’s assets are concentrated in Reeves and Ward counties in West Texas and New Mexico’s Eddy and Lea counties. The Permian Resources portfolio also includes 40,000 net royalty acres.

“So, it felt like for us this was both the platform that allowed us to continue to create value like we had on the private side, but also do it in a way that was constructive to what the public markets wanted,” Hickey said.