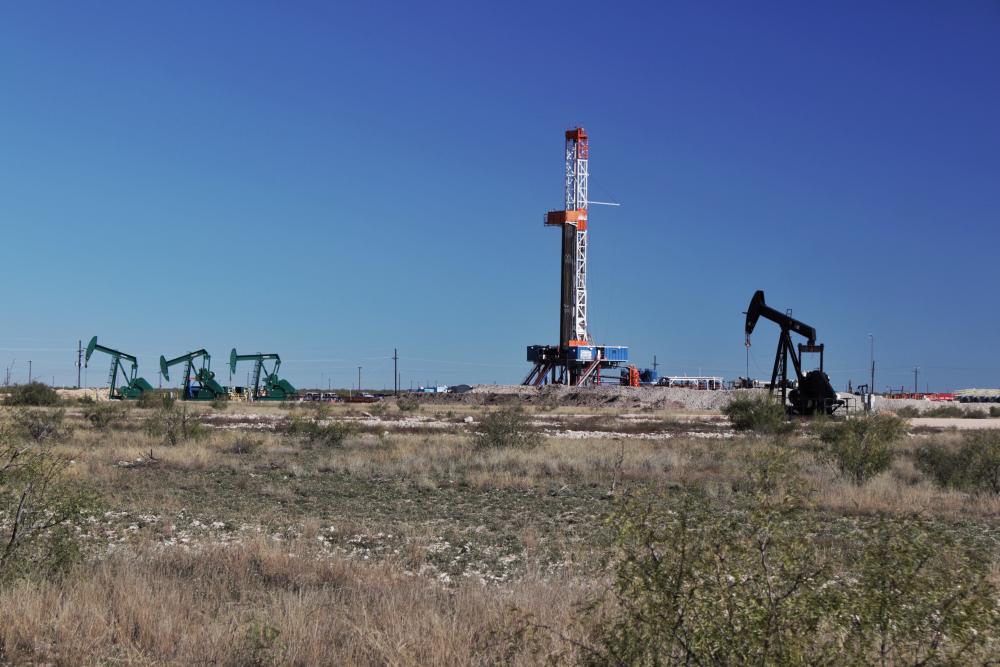 “The Permian Delaware has emerged as the top oil-producing play in the US shale patch, outpacing growth in other oil-rich regions," according to Rystad's Senior Vice President Veronika Meyer.

Oil and gas production in the Permian Delaware Basin—Permian's top-producing play—will average a record 5.7 million barrels of oil equivalent per day (boepd) in 2022, according to research by consultancy firm Rystad Energy.

Spurred on by high oil prices and appealing well economics, total production is set to grow by around 990,000 boepd, almost half of which is new oil production, Rystad said in a press release. 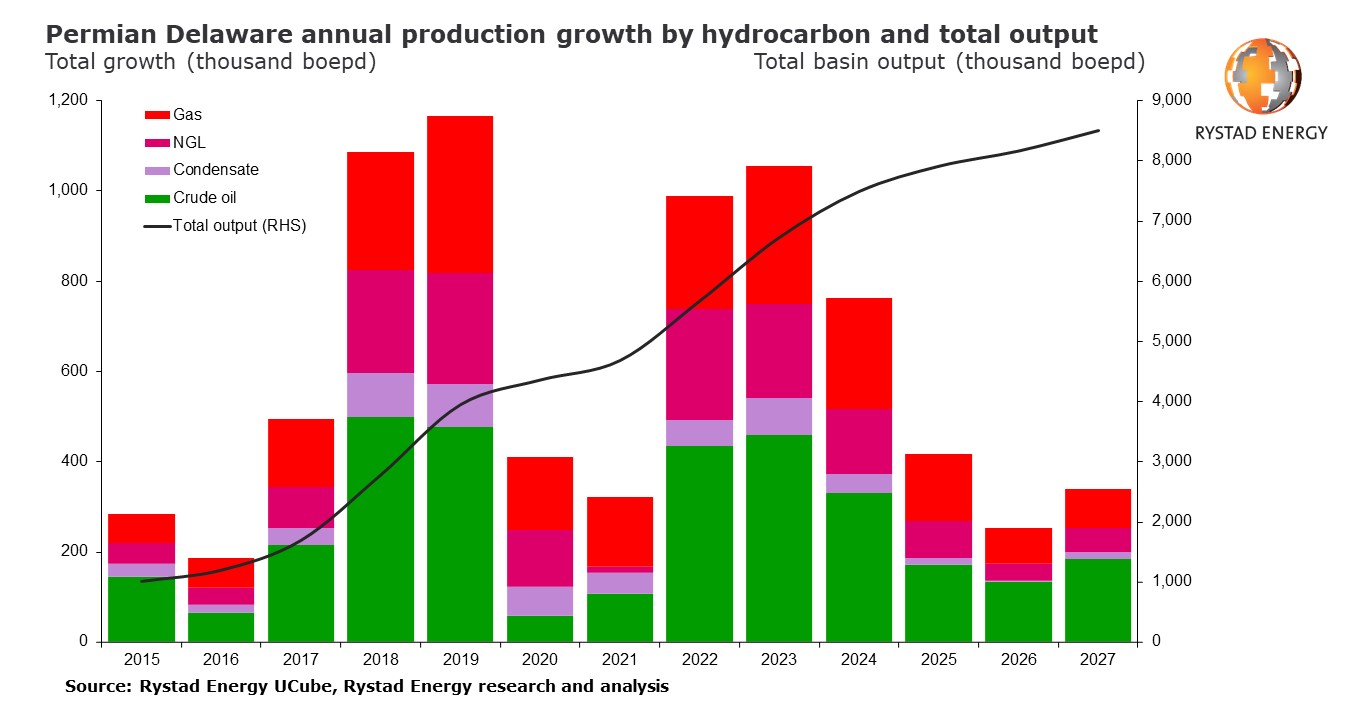 Private operators’ share is also set to balloon in 2022, rising 50% from $5.8 billion in 2021 to nearly $9 billion in 2022. Cost inflation on the services side, which is expected to range between 10% and 15% this year, is also contributing to the higher spend levels.

The operator-specific findings are based on Rystad Energy’s research of a peer group of 61 operators in the basin. The forecasts are based on a scenario in which WTI oil futures averages $106 per barrel in 2022 before dropping to $70 per barrel next year and to $50 per barrel towards 2025.

“The Permian Delaware has emerged as the top oil-producing play in the US shale patch, outpacing growth in other oil-rich regions. With oil prices expected to remain elevated, 2022 promises to be another outstanding year for production growth in the region,” Veronika Meyer, Rystad Energy's vice president said in a statement.

Private operators will be a significant driver of the record growth as they have reacted quickly to the elevated market, increasing activity and output. Private companies more than doubled their collective rig count in the basin, from 30 to 73 in a little over a year, between January 2021 to April 2022. Private players are also less focused than their public counterparts on well optimization and environmental objectives – such as cutting flaring levels – which have emerged as significant play-level trends in recent years.

This production growth may seem like a reaction to the U.S. government’s call for increased supply, but most of the drilling and capital expansion was already guided by the companies at the end of 2021, before Russia’s invasion of Ukraine. Public operators have been reluctant to chase higher production growth and remain focused on capital discipline in the face of cost inflation and labor and equipment shortages.

While acreage in Texas and New Mexico is being actively developed, New Mexico has gained momentum over the last couple of years, with companies that hold acreage in the state rapidly increasing activity.

Activity in the basin before 2014 was primarily dominated by vertical drilling, but the share of horizontal drilling has since picked up rapidly, fueling the growth. Production additions in 2019 reached nearly 1.2 million boepd year-over-year. Even when the Covid-19 pandemic battered the shale industry, the Permian Delaware delivered between 300,000 and 400,000 boepd in growth in 2020 and 2021.

However, the play’s production dynamics have changed since the pre-Covid-19 era. The majors largely dominated the growth trend before 2020—Exxon Mobil, Chevron and BP—and other public companies that focused on meeting their aggressive production growth targets and investing cash flow. This time around, public players are maintaining capital discipline and prioritizing returns to shareholders while keeping reinvestment rates at between 30% and 40%.

High oil prices have incentivized several large producers such as EOG Resources and Occidental Petroleum to increase activity further from last year’s fourth quarter and still deliver on their reinvestment objectives. Even so, it is the private operators that have stepped up the game since the beginning of last year, responding quickly to higher oil prices. Mewbourne Oil Co., which is focused on developing acreage in New Mexico, is now running 16 rigs in the Delaware, second only to EOG, while Tap Rock Resources made it to the top five drillers with a stable seven rig count in the play.