The so-called “great crew change” had been whispered in oil and gas circles dating back to at least 2014. By 2015, those conversations began taking form in places other than the water cooler. The industry attempted to train a new generation of workers before it lost thousands of years of knowledge to retirement.

Then a double black swan event ended all hope of a smooth transition.

First, in early March 2020, OPEC+ found itself in an impossible spot. Its two largest producers, Russia and Saudi Arabia, could not agree on production quotas. The backdrop, of course, was a softening market as COVID-related demand decline was in its early stages. 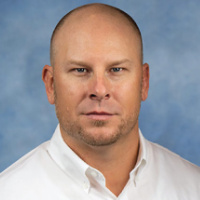 “Companies haven’t been investing in training in the past 10 years, and now we don’t have enough skilled labor.”—Cody Pope, Upstream International

And so began the great reformation of the American workforce. Companies across the U.S. started working from home, offering early retirement packages and trimming every expense they could—including manpower.

Many who were a few years away from retiring left the industry. The great crew change happened but in more ways than one. Not only did older workers retire, younger workers found other industries that would pay similar wages but without the travel.

Now, on the backside of 2020, the industry is trying to find its way again—this time, it’s finding it harder to fill those jobs than before.

Midland is a tough sell

To say that people refuse to move to Midland, Texas, would not be accurate. Over the past 40 years, its population has doubled in size. That has allowed the industry to lean into a historically high population as they searched for workers to put back in the patch.

For local labor, it’s a great time to be in the industry. According to the St. Louis Fed, the unemployment rate in Midland is 3.5%—in other words, if you want a job, you can get one.

With the local labor market maxed, companies have been forced to bring in outside help.

“About 95% of our 350 employees live outside of the Permian,” said Cody Pope, the Permian regional manager for Upstream International. “The local talent is hired out, so we have to look to bring people in.”

As companies expand their reach, they are not finding the historic eagerness to return to the Permian.

“It’s challenging to get people to relocate from DFW [Dallas-Fort Worth] or Houston to Midland right now,” Michael Oliva, senior recruiter at the Oliva Consulting Group. “A lot of people are still looking for remote or hybrid work.”

While companies have tried to work with employees to accommodate them, many oilfield jobs require manpower in the field. This puts the industry against an emerging work-from-home movement.

According to the Mckinsey American Opportunity Survey, 58% of Americans have the option to work from home at least one day a week, and 35% have the chance to work from home five days a week. Even more troubling for companies looking to put people in the field, nearly 87% of workers will choose the ability to have the work-from-home option rather than be forced to go to the office every day.

Service companies are trying to weave in a hybrid model when they can, but it’s not practical for most jobs.

“We employ over 140 people, and a majority of them have to be on site or in the field,” Brian Green COO of TOPS said. “We learned a lot of lessons about being more efficient during COVID and have focused on work-life balance to retain workers while maintaining a service level our customers expect.”

The more you dig in, the more bleak the situation gets. Perhaps the industry could convince workers to give up the work-from-home mentality and head to Midland but pay across most basins is rising. For long-time oil field workers, travel has been the norm. With workers desiring to work closer to home and competing against rising local pay, it’s tough to ask to get labor to return to the Permian.

“It’s getting harder to convince people to come out here. Permian operators assumed that people would be willing to work out here because of the higher likelihood of long-term work,” Pope said. “The Permian is playing catch up to the other basins, particularly the Haynesville in northern Louisiana. Add to that many of the qualified supervisory workers live in Louisiana—the Haynesville is much closer to home.

“By the end of 2020, the Great Crew change was done,” Oliva said. “The ones close to retiring took their packages—most will choose to never return.”

And with them left countless hours of unreplaceable experience. Over the years, companies have been forced to choose who to keep during a downturn. Is it better to keep around the person who has all the experience or train the employee? 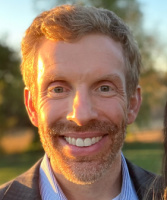 “If you find a candidate that is working and willing to leave their current company, don’t wait.”—Michael Oliva, Oliva Consulting Group

Many times, the ones with experience stayed on, but when they did not, often the new employees did not get the training they needed.

“Companies haven’t been investing in training in the past 10 years, and now we don’t have enough skilled labor,” Pope said. “Now when we go out looking for skilled labor, they are either hired or retired. We’ve seen some retirees return because the pay is too good to pass, but that’s the exception.”

General labor is tough to find, but skilled labor is where the glaring gap is.

Traditionally, the industry has been able to transition some of the general labor to more skill labor positions with on-the-job training, but with deficits in both pools, it is not clear how companies can overcome these obstacles.

What does it take to get a job?

Producers are in a tough spot. They need to hire to drill more wells, yet they are concerned about repeating the mistakes that have plagued the industry.

“The pace at which companies are hiring is faster than it was in 2019, but at the same time, they are more measured in who they hire,” Oliva said. “They are trying to fill very specific roles with the right candidate while trying to avoid overhiring.”

It goes beyond that. Both Oliva and Pope are seeing companies require basin-specific experience.

Olivia, who is recruiting for a wide swath of positions, said, “It can even be down to the county,” Oliva said. “It just depends on the role, but there are some in which that will be the biggest single factor in whether you get hired or not.”

With a labor shortage in play, for some roles, companies are content to leave the position unfilled.

While companies desperately need new talent, some are still struggling to adapt to the current hiring pace.

“If you find a candidate that is working and willing to leave their current company, don’t wait,” Oliva said. “After three or four weeks, those candidates are off the market. If your HR [human resources] department takes two months to hire, you are missing out on the best candidates.”

Some things haven’t changed, however. Potential prospects are not nearly as concerned about long-term price stability as they are about how much money they will be paid.

“We’ve seen an increase in wages of about 25% in the past few years. Employees want to ensure they are getting top dollar and that their pay will keep up with inflation,” Green said.

Wages are not the only aspect of the industry impacted by inflation. Prices have to be viewed differently in a high inflation environment.

“We sitting here around $80 oil, but that’s not the same $80 oil from 2019. Everything is more expensive for oil companies. They understand that the labor we provide is going to cost more just like materials will,” said Green.

The news isn’t all bad.

According to Goldman Sachs, insiders expect the price of WTI to average $100 in 2023. Regardless of inflation, $100 oil is a price operators can make money on and expand their drilling programs.

“As long as prices stay above $80, we expect there to be plenty of work,” Pope said. “At some point, if producers want to keep putting money in their investor’s pockets, they will have to ramp up production. We expect work to pick up a bit for the rest of 2022.”

The news is even better when you look at the rig count. According to Baker Hughes, the total number of active U.S. oil rigs sits at 602, which is well below the 700, or even 800, rigs the industry has grown accustomed to seeing. 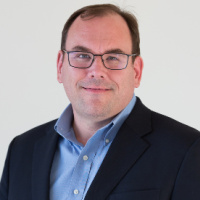 There is plenty of room to grow production, which would create more jobs.

This brings the industry full circle. Since 2020, companies have shown unprecedented restrain and financial discipline—even if a lot of that was forced on them. As companies try to woo prospects to return to the Permian, will they find themselves in a similar spot as before?

Can companies thread the needle of hiring the right talent at the right pace and in the right amount for a prolonged period? Or will investor pressure to capitalize on high prices push them to go on a hiring frenzy?

If the past few years are truly the start of a new look industry, perhaps we can say that the industry has learned its lesson on how to manage booms and busts. This would be a welcome relief to the worker who does return. Not only will they see increased wages but also more job security.