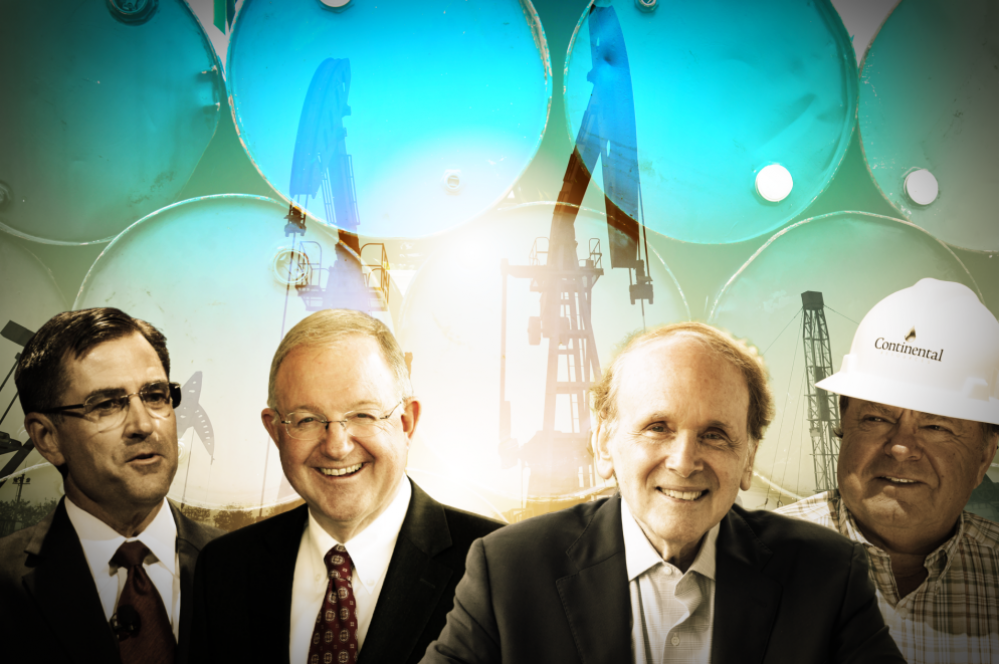 From top executives with Baker Hughes, Halliburton, ConocoPhillips to a roundtable with the leaders at the “Big Four” accounting firms, below is a look back at the conversations that shaped a memorable year in oil and gas.

Tom Petrie, chairman of Petrie Partners, weighs in on the current state of the oil market days before WTI’s historic plunge below zero on April 20, 2020.

During the two-part discussion, Petrie answers the question: Is there a seat at the OPEC table for U.S. shale independents?

Dan Pickering, founder and chief investment officer at Pickering Energy Partners, joined Hart Energy on April 21, 2020 to discuss the fallout from the devastating plunge in oil prices and where that leaves M&A.

During the interview, Pickering said: “The people who are going to save this industry are not going to be OPEC or Trump—it’s going to be the industry itself.”

Fresh off the end to proration discussions in Texas, CEO Matt Gallagher shared how Parsley Energy is responding to demand loss plus the Permian shale producer’s focus on technology and ESG. 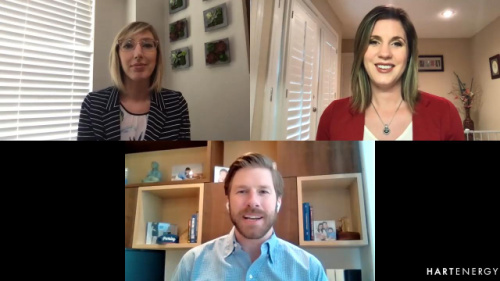 Parsley along with fellow Permian Basin producer, Pioneer Natural Resources Co., led the proration efforts in Texas through a proposal made in late March 2020 to state regulators to mandate 20% curtailments, or 1 million barrels. However, on May 5, 2020, Texas regulators dismissed the motion to consider proration by a 2-1 vote.

“I think if it [prorations] could have been done much quicker five weeks ago, you would have staved off negative oil pricing. But as the process took so long, it went into the sloppy conditions of each individual company making their own choices,” Gallagher told Hart Energy.

As oil prices collapse and U.S. shale companies shut-in production, service companies like Baker Hughes Co., Halliburton Co. and Schlumberger Ltd. have expressed interest in expanding operations in the Middle East in the second quarter of 2020, according to Dr. Yousef Alshammari.

In an interview with Hart Energy, Alshammari, CEO and head of Oil Research at CMarkits based in Saudi Arabia, noted that companies like Halliburton and Schlumberger have already been in the Middle East for many years.

“I think they are an important part of the oil industry in the Middle East, especially in Saudi Arabia,” he said. “They have huge operations going on in terms of cementing, drilling, well constructions. There is a wide range of service that these companies are doing for the oil industry.”

Jeff Miller, chairman, president and CEO of Halliburton Co., spoke with Hart Energy in May 2020 about Halliburton’s near- and long-term plans plus an outlook for the oilfield services sector as a whole.

“I am an oil and gas bull. I believe in this business and I believe in this industry,” said Miller who also noted that Halliburton, one of the world's largest oilfield service companies, is adopting a lot of digital in its processes much faster than it has ever done before.

NexTier Oilfield Solutions CEO Robert Drummond joined Hart Energy for a conversation centered on his outlook for the oilfield services sector’s recovery on the other side of this downturn.

“We expect it to take a while though for these [global oil] inventories to work their way out despite the fact that recently we have oil prices moving in the right direction, we’re starting to see the operators who had shut in oil production in the U.S. turn some of that production back on,” he said.

ConocoPhillips Co. Chief Economist Helen Currie joined Hart Energy for a look at global oil markets following the unprecedented COVID-19 shock and when she believes demand will most likely recover. To monitor demand recovery, Currie shared several key indicators she has been watching.

“We aren’t out of the woods yet, but things have moved in the right direction,” Currie said of the COVID-19 demand shock to the oil market during the interview recorded in June 2020.

A catalyst for the new benchmark came in April 2020 when the price of WTI plunged below zero, Hamm told Hart Energy noting that it “seems like we have to come up to a crisis moment before you can get anything done.”

Clay Gaspar, president and COO at WPX Energy Inc., sat down with Hart Energy prior to the company merger agreement with Devon Energy Corp. for an in-depth look at the shale producer’s outlook for the Permian and Williston basins along with the importance of ESG. 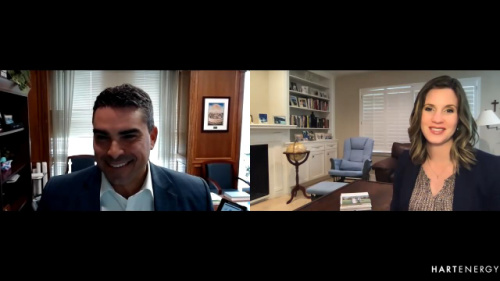 “We didn’t see 2020 coming or manifesting the way it has, like anyone else, but we know we’re in a cyclical business,” Gaspar said during the interview recorded Aug. 5, 2020.

Oil and Gas Political Issues to Watch This Election Year

As the November election drew closer, Babst Calland’s Kevin Garber and Jean Mosites joined Hart Energy to analyze the stance of major party candidates on key environmental issues and what the oil and gas industry can anticipate, depending on the victors.

Despite the “night and day difference” between President Donald Trump and former Vice President Joe Biden on energy and environmental policies, the attorneys said oil and gas executives needed to focus their attention beyond the presidential race.

“Looking at the real local level, there are task forces, there are climate plans, there are initiatives for electric vehicles and renewables and building codes—whether you can or cannot have gas hookup in new construction,” said Jean Mosites, a Babst Calland shareholder who practices environmental law. “A lot of interesting things are going on and certainly not just federal.”

Clay Williams, the chairman, president and CEO of NOV, provided Hart Energy’s E&P Plus with an exclusive video interview discussing the future of onshore and offshore oil and gas development, the impact of the energy transition on oilfield service providers and more amid the challenging energy climate.

“Our industry is going to have to put up better financial returns, but above all, we’re going to, most importantly, make sure that we’re adding value to the operations of oil and gas companies because they’re facing similar challenges,” he said. “If the value that we bring to their operations isn’t tangible and demonstrable, they can’t afford to pay for it. And so all of us, I think, across oil and gas broadly are going to have to head to a world where we’re more efficient and better at what we do.”

Leaders from the “Big Four” accounting firms—Deloitte, EY, KPMG and PwC—joined Hart Energy to discuss the biggest hurdles facing their clients this downturn and what the oil and gas industry will look like post-pandemic.

“One thing we’ve learned from this dual shock—the dual shock of COVID-19 and the oil price collapse for the industry—is that all those things that the industry thought they could never do. ... They have now demonstrated that in a very short period of time those are doable when you’re forced to,” said Niloufar Molavi, Global Energy Leader, Partner, PwC. “So, how do you take the learnings from that and truly be transformational.”

Lorenzo Simonelli, chairman and CEO of Baker Hughes Inc., provided Hart Energy’s E&P Plus with an exclusive video interview in which he shared his views on the way forward for oilfield service companies in a post-pandemic future. 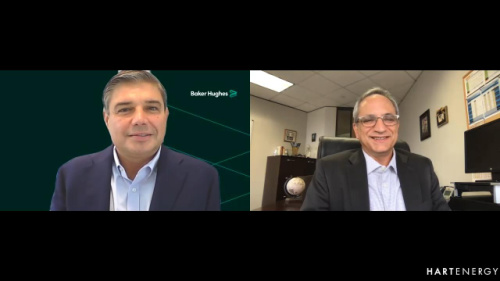 “I believe COVID-19 has been a tipping point, hastening the energy transition and presenting an opportunity both within and outside our industry to take energy forward,” Simonelli said.

If you read Yergin’s previous book “The Prize: The Epic Quest for Oil, Money & Power” you already know a lot has happened since it was published in 2008.

These days, energy’s role in climate change is ushering in a second revolution of sorts—the search for a low-carbon future.

In "The New Map: Energy, Climate, and The Clash of Nations,” Yergin told Hart Energy he looks at how the shale revolution transformed the American economy, but also introduced a “turbulent new era.”

A&D Roundtable: A Pinprick of Light at Tunnel’s End

Entering the final quarter of a lean year, veteran dealmakers in the oil and gas industry are likely ready to see 2020 dead and buried.

Ever optimistic, Derek Detring, president of Detring Energy Advisors, Chris Atherton, CEO and president of EnergyNet, and Dan Kohl, head of A&D advisory at UBS Investment Bank, joined Hart Energy’s Oil and Gas Investor via Zoom in early October for an in-depth discussion on the current state of the oil and gas transaction marketplace, as well as what they see for the year ahead.

”There seems to be a large segment of the buyer universe that is looking to acquire deals that generate steady cash flow that don’t have huge drilling obligations and commitments in this price environment,” Atherton said. ”They want to look back in five years, 10 years, and say I was acquiring assets in 2020.” 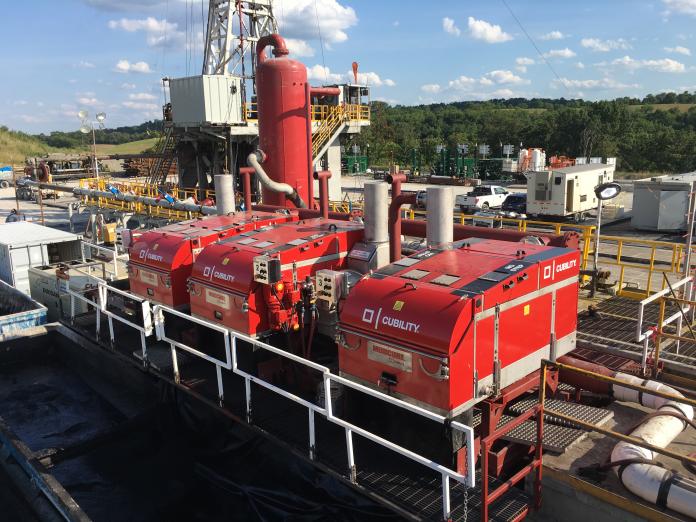 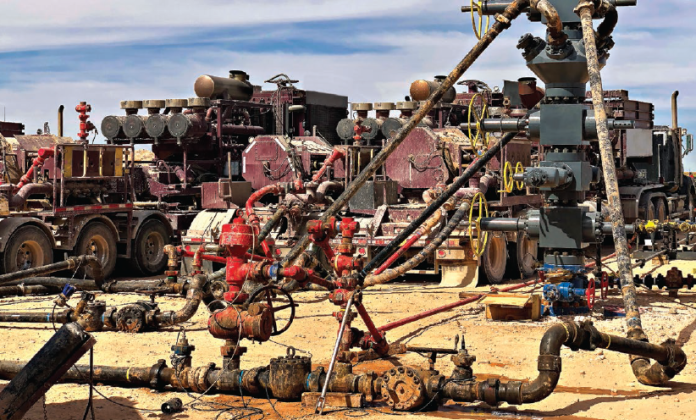 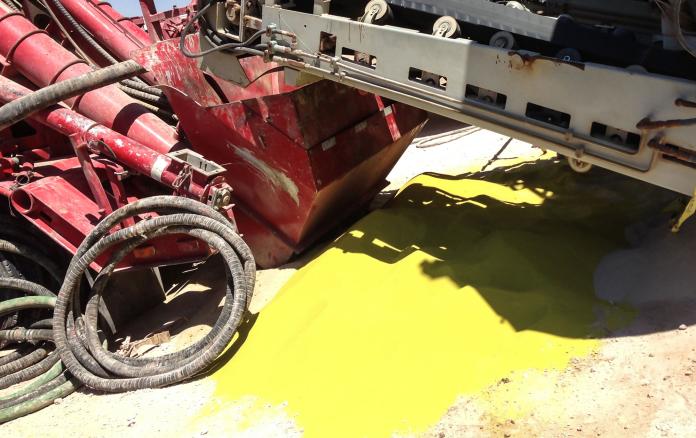