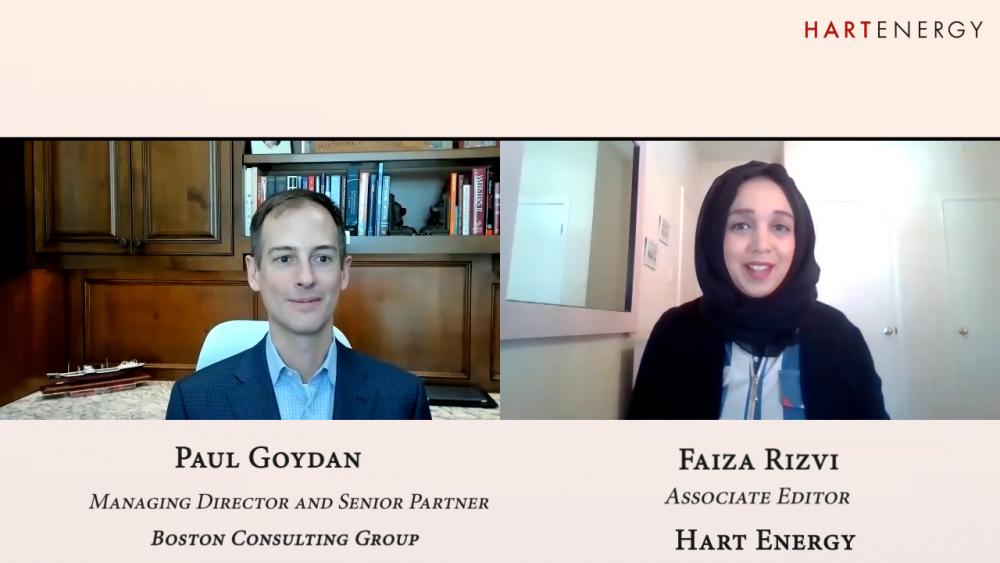 U.S. oil and gas production is currently 7 MMbbl/d below peak, and significant investments in production will be needed to maintain consumption, according to Paul Goydan, the Houston-based head of North American energy practice with Boston Consulting Group (BCG).

“In our long-term models, even with peak demand coming sooner, we estimate that by 2030 the world will need to replace almost half of the pre-pandemic oil production. What that means is that under any climate change scenario, the world will need to invest well over a trillion dollars in the coming decade, as we transition away from fossil fuels,” Goydan, who serves as a managing director and senior partner at BCG, told Hart Energy’s Faiza Rizvi.

Goydan also discussed BCG’s annual value creation report, which the firm released recently. The report shows that with less capital available to spend, decisions on how to allocate it have become starker. Consequently, a clear split has emerged in companies’ strategies for the future, with significant implications for value creation.

EP Energy said it had entered a purchase and sale agreement with an undisclosed buyer to divest its assets located in the southern Midland Basin.