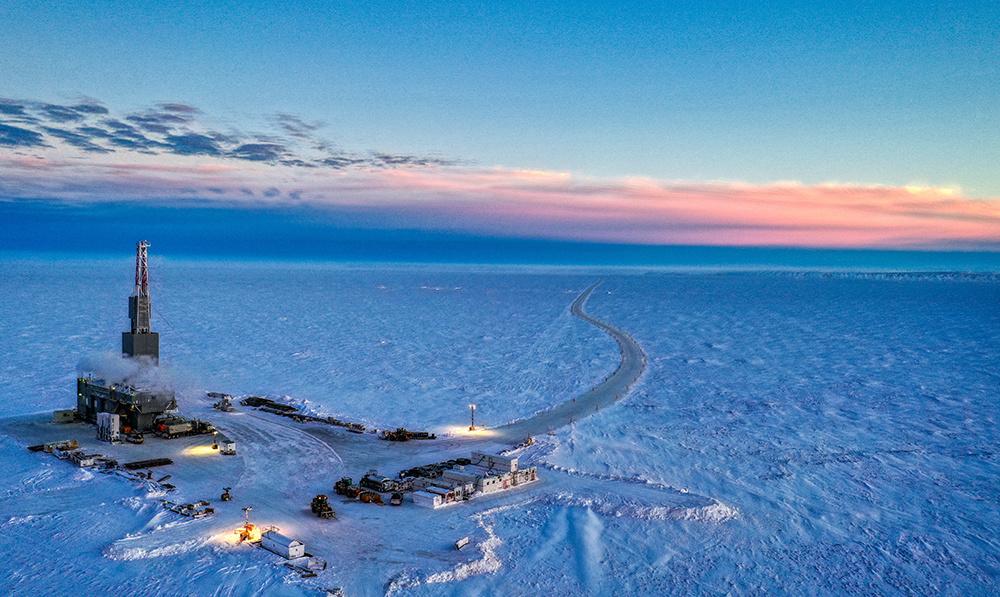 Pantheon Resources shares fell as much as 20% in early trading in London on Nov. 14. Still, shares in Pantheon remain up about 360% since early 2020. Pictured is Pantheon’s Talitha project on the Alaska North Slope. (Source: Pantheon Resources)

Shares in Aim-listed Pantheon Resources slid on Nov. 14 after a report that short seller Muddy Waters Research had bet against the company.

Stock in Pantheon, a U.S.-focused oil and gas explorer, fell as much as 20% early on Nov. 14 in London. The stock has since pared some of its losses but remained down more than 15% in afternoon trading.

The drop comes after U.K. newspaper The Times reported at the weekend that Muddy Waters Research, the prominent hedge fund founded and led by Carson Block, had taken a short position on the company worth £5 million.

The short position would be the U.S. hedge fund’s latest bet against a U.K.-listed company, coming almost three years after it shorted stocks in NMC Health and raised questions over the group’s asset values, cash balance, reported profits and debt levels. NMC, which owns and operates hospitals and clinics across the Middle East, went into administration in April 2020.

Pantheon has interests in the Alaska North Slope basin spanning more than 150,000 acres but is yet to begin commercial production. It reported a pre-tax loss of $5.9mn in the six months to the end of December.

In a filing last week it said it had acquired new North Slope leases of “approximately 40,000 acres,” with CEO Jay Cheatham saying the acreage “adds significant resource potential to our existing management estimates of 23 billion barrels of oil in place and over two billion barrels of recoverable resource.”

In an investor presentation in April, the company said the Alaska North Slope was a “proven major oil province” and that there was “near-term commercialization opportunity.”

Fraser Perring, founder of short selling group Viceroy Research, has also raised questions about Pantheon, describing the company on Twitter as “too good to be true.”

Pantheon said the company’s directors “believe the oil field that they have discovered to be a very exciting prospect, and they have confidence in their statements.”