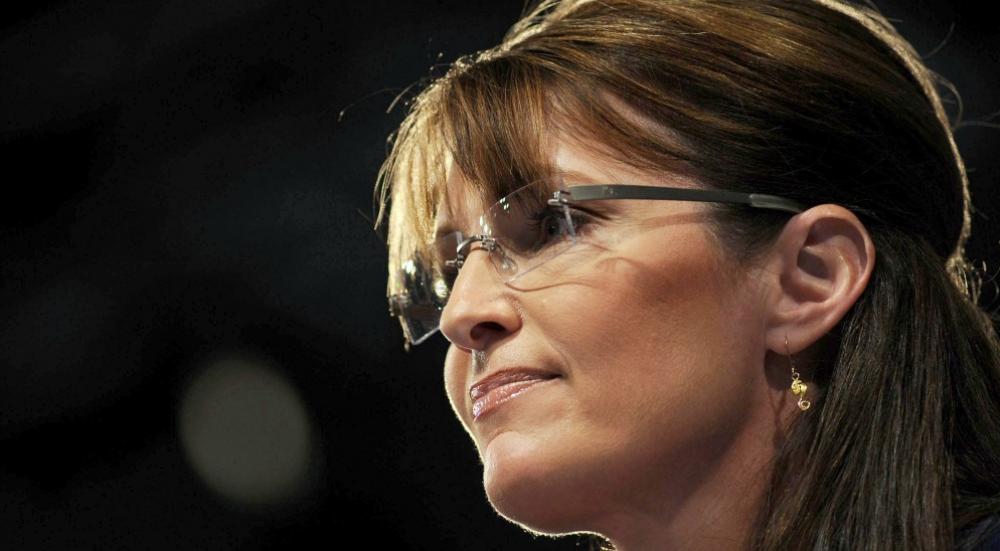 HOUSTON—Onetime vice presidential candidate and former Alaska Gov. Sarah Palin has built her image around buzzwords like “rogue” and “maverick.” But to the audience of oil and gas executives at NAPE, her message was right on target.

Palin did not stray from her usual message of “government is part of the problem,” although she did say the government could have a positive role in energy development, namely by lifting the export ban. That would incentivize production, she argued.

The Tea Party favorite received a standing ovation and several rounds of applause during the Decision Makers Breakfast at the NAPE conference on Feb. 12. She spoke on energy issues including the Keystone XL pipeline, cap-and-trade and Obama’s request that Congress designate a large portion of the Arctic National Wildlife Refuge (ANWR) as a wilderness area.

“Energy is my baby, it’s the thing I miss most from my governing responsibilities,” Palin said. “I can talk energy all day long.”

Palin called the approving the controversial Keystone XL pipeline a “no-brainer,” citing the safety of pipelines relative to other means of transportation, such as crude by rail, the use of similar pipelines and the implications of “friendly fuel” from Canada.

“[Keystone’s] not an environmental concern of our president and bureaucrats in there in the administration,” she said. “It’s definitely political, and it’s a shame that [Obama has] already taken it off the table with his threat of a veto…It will get to market somehow, America’s going to miss out, though.”

The president, she said, is against U.S. energy independence because of his threat to veto Congressional approval of the pipeline and his proposal to seal off ANWR.

The proposal to close nearly 12 million acres of ANWR to drilling is a mistake, Palin said.

On the White House’s proposal to allow potential lease sales in the Atlantic, Palin was skeptical.

“Atlantic potential has already been tried,” she said. “And there’s no guarantee of that federal allowance, anyway. It’s just potential. It’s ‘maybe, someday, some years from now, the feds will perhaps allow some activity.’ ”

The draft plan proposes a potential lease sale in an area offshore of Virginia, North Carolina, South Carolina and Georgia—smaller than what oil and gas industry leaders had pushed. The sale would include an 80 km (50-mile) buffer from the coast to reduce potential conflicts with Department of Defense, fishing, offshore wind and wildlife activities.

Currently, there are no active oil and gas leases in the Atlantic area. Between 1976 and 1983, 10 oil and gas lease sales were held in the Atlantic, according to the Bureau of Ocean Energy Management (BOEM). During that time, 51 wells were drilled. These included five continental offshore stratigraphic test wells, all of which were deemed noncommercial. However, there have been many advances in E&P technology, and the potential for hydrocarbon finds still exists.

Palin also took a few jabs at herself during the session, which was emceed by NAPE advisory board chair Carl Campbell. Regarding the 2016 election, she said, “I can see it from my house.”