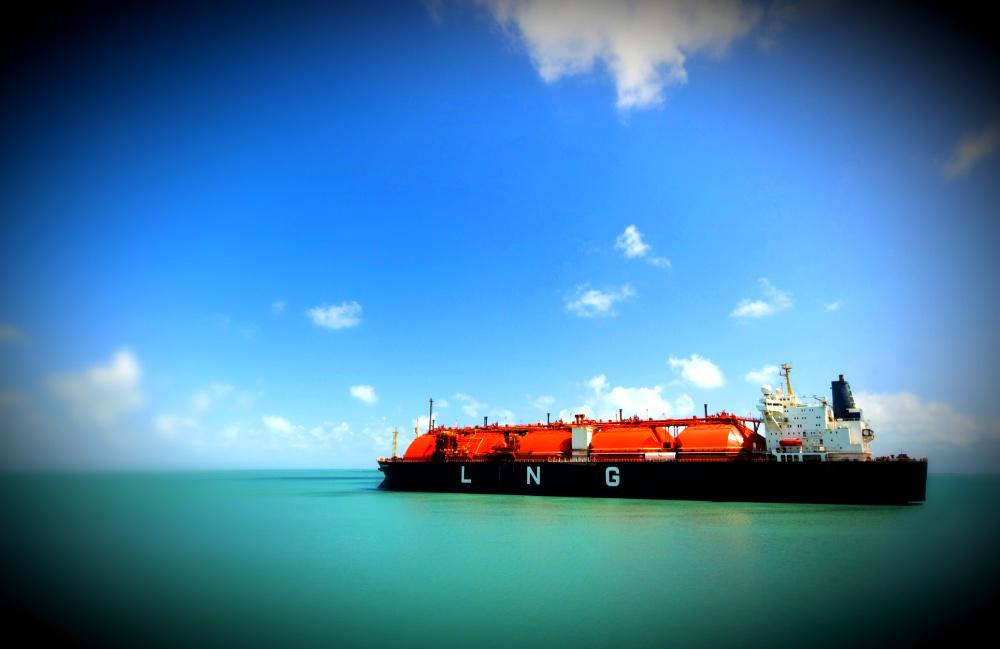 LNG has been an important part of the European energy mix for a long time, however, and is poised to become more significant in response to the Russian invasion of Ukraine, Hendrickson writes. (Source: Shutterstock.com)

From the United States’ standpoint, LNG has been an on-again, off-again energy product over the last couple of decades. Before the shale revolution, U.S. demand was expected to outpace supply, and several LNG import terminals were built to prepare the country to look abroad to meet its energy needs. U.S. natural gas production took off in 2005, however, and we now produce almost double what we did then. When U.S. production shifted, those import facilities were initially very underutilized but were ultimately reconfigured to export LNG. U.S. LNG exports were essentially zero in 2016 but have risen to 3.6 Tcf in 2021, accounting for about 9% of U.S. production.

LNG has been an important part of the European energy mix for a long time, however, and is poised to become more significant in response to the Russian invasion of Ukraine. According to a recent overview by the Energy Information Administration (EIA), Europe (the 27 EU countries plus Great Britain) consumes about 45 Bcf/d of natural gas. In their analysis, more than 80% of this is categorized as imported, but the authors included Norwegian production that was exported to other European countries in this amount. Adjusting for this, about 60% of European gas consumption is imported; Norway is the only country in the EU that is a significant net gas exporter.

In 2020, the 60% imported portion was comprised of about one-third of LNG, and the rest was delivered via pipeline; by far the largest pipeline share (about 13 Bcf/d in 2020) came from Russia. It’s this gas that many European leaders would like to replace with some combination of increased LNG, renewables and consumption reductions. Despite recent moves to the contrary, coal and nuclear will need to play a role (at least in the short term), even though electricity generation only accounts for about 25% of Europe’s natural gas consumption.

LNG will play a key role in Europe’s move away from Russian gas supplies but developing new or expanding existing infrastructure (both export and import) takes time. LNG facilities have typically been long lead-time projects, but hopefully, the urgency of the situation will lead to expedited regulatory approval and the emergence of new approaches that can be brought online faster. Indeed, last week New Fortress Energy announced plans to deploy its “Fast LNG” solution in the Gulf of Mexico, which would add about 0.15 Tcf per year of additional U.S. export capacity.

A recent New York Times article described how the move from Russian gas supplies is starting to play out, particularly in Germany, Europe’s largest economy. LNG is a critical part of their plans, and the result is likely to be “fierce competition” for LNG supplies. They appear to have committed to building their first permanent LNG import facility and have options on three offshore floating facilities. My guess is this is just the beginning of a multiyear process of constructing additional LNG import/export facilities in Germany and elsewhere that will open new markets for U.S. natural gas production and, hopefully, support strong natural gas prices for many years to come—a big chance from the price outlook most industry players saw a couple of years ago.

About the Author: Steve Hendrickson is the president of Ralph E. Davis Associates, an Opportune LLP company. Hendrickson has over 30 years of professional leadership experience in the energy industry with a proven track record of adding value through acquisitions, development and operations. In addition, he possesses extensive knowledge of petroleum economics, energy finance, reserves reporting and data management, and has deep expertise in reservoir engineering, production engineering and technical evaluations. Hendrickson is a licensed professional engineer in the state of Texas and holds an M.S. in Finance from the University of Houston and a B.S. in Chemical Engineering from The University of Texas at Austin. He recently served as a board member of the Society of Petroleum Evaluation Engineers and is a registered FINRA representative.

2022-10-12 - Indian Prime Minister Narendra Modi wants the country to cut emissions by 60 million tonnes per year by 2030 while serving the world as an industrial powerhouse.