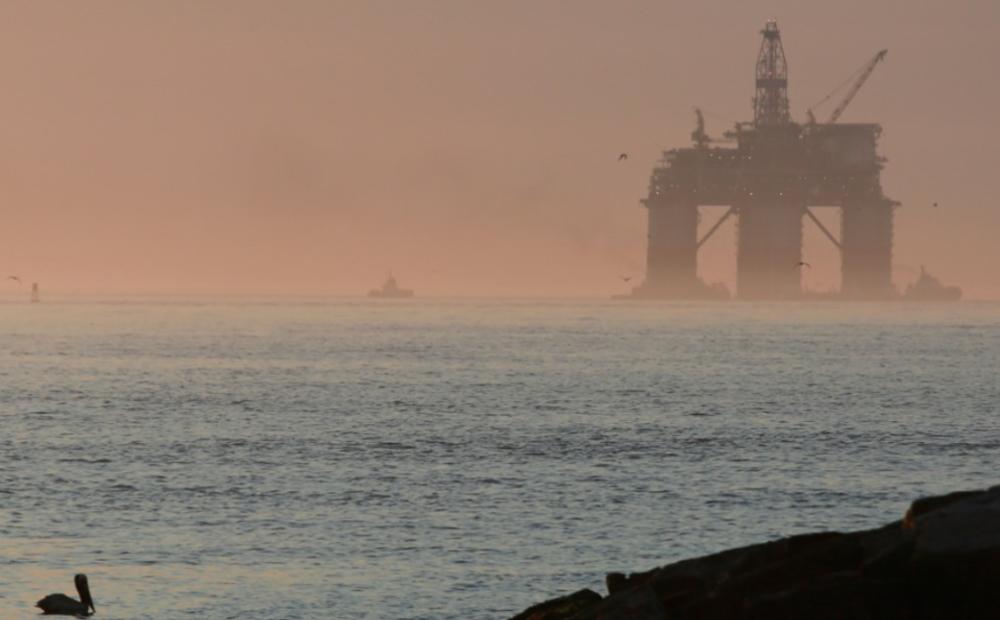 Chevron Big Foot is one of the company’s major capital projects in the deepwater U.S. Gulf of Mexico. (Source: Chevron Corp.)

Massive opportunities in shale plays within the Permian Basin might have lured most companies faced with lower-for-longer oil prices to abandon offshore, but not Chevron Corp. (NYSE: CVX).

“For us, it’s not either offshore or the Permian—it’s both,” Jeff Shellebarger, president of North America exploration and production at Chevron, said during an Offshore Technology Conference breakfast session in Houston on April 30.

Schellebarger, who called the Permian one of the biggest challenges facing the offshore business, said the nature of offshore—especially deep water—is it takes long-term commitment and the financial wherewithal to invest across the cycle.

Further, it takes considerable size and scale to manage the risk and to generate profit, which Schellebarger said Chevron has in deep water as well as the Permian.

“At Chevron, we see deep water as a material part of our overall upstream portfolio and as such we have put together the size, the scale and the organizational capability needed to be successful in the Gulf of Mexico (GoM),” he said.

This year alone, the company plans to invest $8 billion in U.S. operations with a majority of that allocated to deepwater GoM and to the Permian Basin.

Still, the last two years have been tough for the industry, with a lot of companies choosing to exit deep water.

“Deepwater offshore project will have to generate competitive investment returns at the lower end of the price environment in order to be viable and to continue to attract that investment capital,” he said. “All this is possible. We are working on that as an industry to meet those investment challenges through efficiency, through technology and through standardization.”

Earlier this year, energy research and consultancy firm Wood Mackenzie forecast a comeback for deepwater Gulf of Mexico with expectations of record-breaking production in 2018.

“Although deepwater Gulf of Mexico has taken quite a beating over the last three years, the industry has clawed its way back to being competitive by significantly cutting costs, improving efficiencies and tightening up the supply chain,” William Turner, Wood Mackenzie’s senior research analyst, said in a January report. 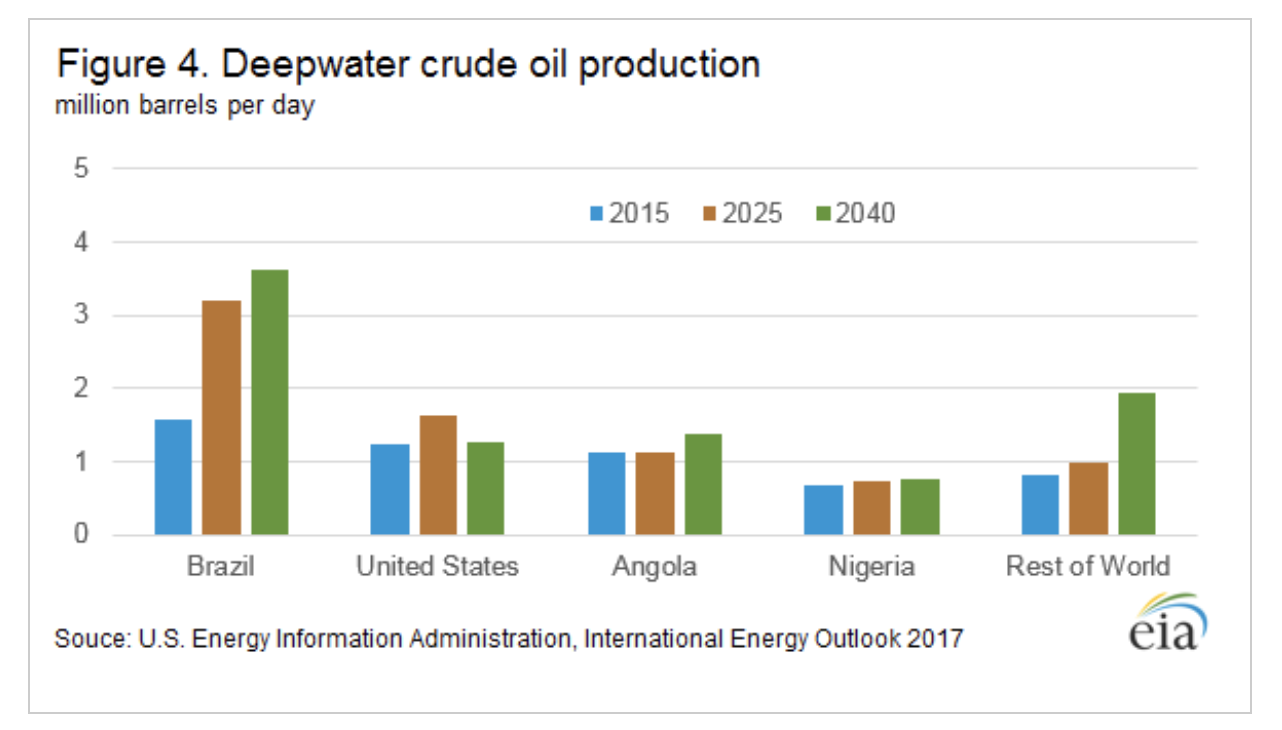 The Wood Mackenzie analyst expects production of oil and gas in deepwater GoM to reach an all-time record high in 2018 with about 1.9 million boe/d forecasted (80% oil), surpassing the previous record in 2009 by nearly 10% and representing 13% growth year-over-year.

Shellebarger said he shares that optimism. “For me personally I think that’s absolutely true and as a company, Chevron remains committed to being a long-term player in multiple deepwater basins around the world,” he said.

So far this year in the GoM, Chevron has seen first production at its partner Hess Corp.’s (NYSE: HES) operated Stampede project in January and successfully installed a Bigfoot tension-leg platform in February.

Chevron plans to start drilling from the Bigfoot platform in the next two to three months and expect to see first oil from that project by the end of the year. The field is estimated to contain total recoverable resources in excess of 200 million boe, according to the company website.

Big Foot is located about 360 km south of New Orleans in water depths of 1,600 m. Production from the project was previously expected to start in late 2015 but was delayed due to failed installation in May 2015.

Shellebarger said Chevron also continues to invest in brownfield opportunities and are participating in the Mad Dog Phase 2 project with first oil expected in 2021. In the long term, the company announced two new “very promising” discoveries both Whale and Ballymore, he said.

“Between the resource potential, terrific discoveries, the size and the scale, the cost of efficiencies that we have and can achieve and the fact that we’re effectively managing through the low-price cycle and achieving this step changes of cost and efficiencies, you can see why I remain optimistic on the future of deepwater whether it’s in the Gulf of Mexico or other basins around the world,” he said.

Chevron reported on April 27 first-quarter earnings of $3.6 billion, up from $2.7 billion a year ago. Its upstream earnings also improved, rising to about $3.4 billion from $1.5 billion. But, similar to ExxonMobil Corp. (NYSE: XOM), downstream earnings were down. 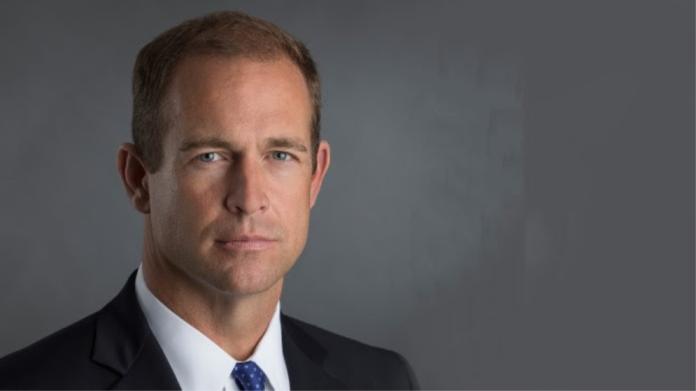 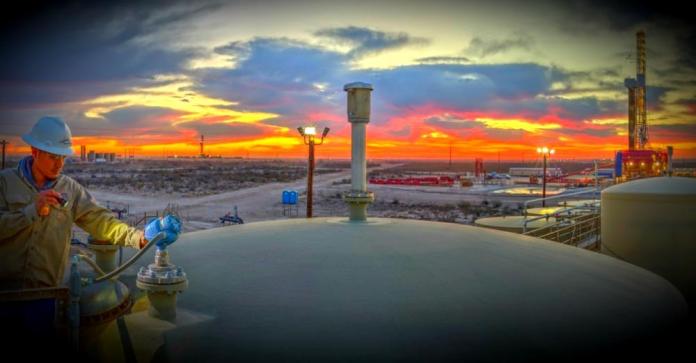