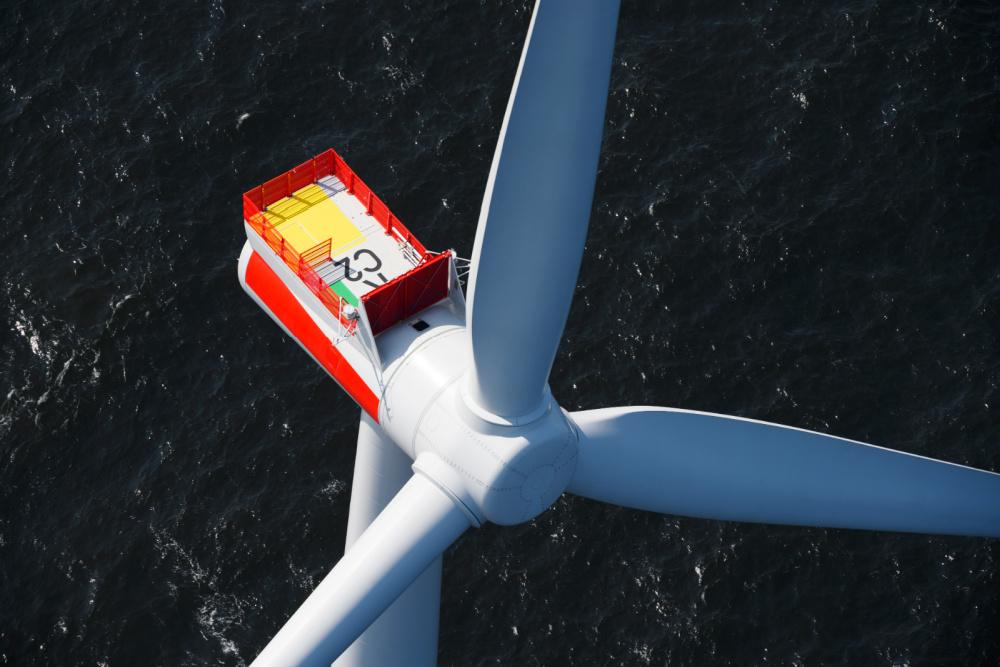 Wind generation must rise an average 18% per year through 2030 to meet the 8,000 TWh required in 2030 under the International Energy Agency’s Net Zero Emissions by 2050 Scenario. (Source: Shutterstock.com)

HOUSTON—Known for its tension-leg platform mooring systems expertise, Oil States Industries (OSI), through its OSI Renewables venture, is taking aim at the levelized cost of energy (LCOE) for offshore wind with its latest technology addition: a fixed TLP.

The patent-pending platform was among the technologies showcased at the Offshore Technology Conference (OTC) as the company, which got its start in the elastomer products business 80 years ago, reaches beyond its oilfield roots further into renewable energy.

“We see a broad mix of energy that’s going to be required going forward, not a complete transition, but more of a layering on of new sources,” Brian Mizell, vice president of marketing and business development for OSI, told Hart Energy on the OTC exhibit floor. “Within our fixed platform division, we provide the foundation systems that are used to secure jackets to the seafloor. We continue to do that for oil and gas but also now for floating wind platforms.”

The addition of the fixed TLP for offshore wind comes as companies across the world seek out renewable and low-carbon energy resources to meet global energy needs and limit the impacts of global warming. Wind generation must rise an average of 18% per year through 2030 to meet the 8,000 TWh required in 2030 under the International Energy Agency’s Net Zero Emissions by 2050 Scenario. For offshore wind, annual capacity additions of 80 GW are also needed along with cost reductions and technology improvements.

OSI Renewables is targeting both with the FTLP, which was developed for midwater depths of between 70 m to 150 m and wave heights up to at least 10 m.

The FTLP sits above the water, providing the stability of a fixed platform in a floating environment, Mizell said.

The company is looking to reduce the amount of steel required by introducing a lighter system that can be installed easily, OSI Principal Engineer Craig Masson said, noting challenges today include the cost of steel, logistics and inflation.

Floating platforms often have to cope with pitch and roll motions that can impact movement at the highest point of the structure. Turbines for the 15 MW system are about 130 m tall and weigh about 1,000 tons, he said, so stability of the deck is critical.

With traditional TLPs, the platform stays in position with moorings (tension legs or tendons) held in tension by the buoyancy of the hull, keeping the structure horizontal.

“Instead of requiring a buoyant hull, we put in a central column which extends from this truss structure on the seabed to support a similar structure at the top,” Masson explained. “When we apply tension to these tendons, it puts the central column assembly into compression and these tendons then provide the stability to the top deck so that the tower remains very stable. We no longer need a large buoyant hull which allows us to reduce the amount and cost of steel along with heavy fabrication required.”

“We really don’t need to anchor the main structure down to the seabed, which for conventional fixed and floating solutions is both expensive and has an environmental impact—the noise and the seabed disturbance,” he said. “When you install hundreds of these platforms, that’s quite significant. The system minimizes the anchoring requirement.”

Smaller moorings, reduced steel volume and no need for a heavy lift crane could equate to lower capex, which improves the LCOE.

The FTLP could be an alternative to floating offshore wind platforms limited by “port infrastructure, inland transportation routes, and harbor depth and draft, which influence the ability to build and install systems locally at commercial scale,” the company said in a news release. “OSI’s FTLP reduces tower weight by 75%, can be built locally to meet local content targets and potentially reduces the need for quayside reinforcement.”

OSI has completed the initial design, engineering and FEED work for the platform.

“Our next step is to perform model testing followed by a prototype project,” Mizell said. “We’re targeting an area in the North Sea region prior to launch for commercial-scale wind farms.”