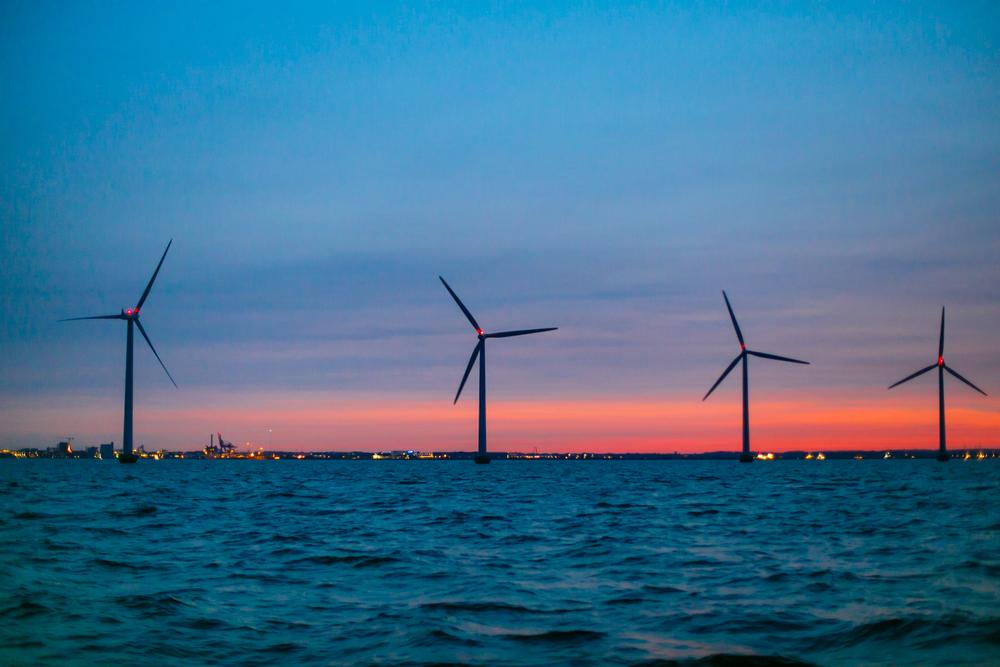 Wind energy investment and activity are picking up offshore the U.S. (Source: Shutterstock.com)

As part of the agreement announced Feb. 8, Eversource Energy is purchasing from Ørsted a 50% interest in the Revolution Wind project offshore Rhode Island and the South Fork Wind Farm east of Long Island. The deal also includes the energy provider gaining interest in a 257-sq-mile tract offshore Massachusetts and Rhode Island that Ørsted acquired last year from Deepwater Wind.

The move comes as offshore wind activity and investment in the U.S. begins to pick up amid a push toward cleaner sources of energy. Though the U.S. continues to trail other parts of the world such as offshore China and Europe—where WindEurope said offshore wind capacity grew by 18% last year—in terms of offshore wind production, onshore wind development has already taken off.

U.S. offshore wind has a technical resource potential of more than an estimated 2,000 GW of capacity, or 7,200 terawatt-hours per year of generation, according to the National Renewable Energy Laboratory.

“More than ever, the U.S. offshore wind market has great growth potential with several states committing to significant buildout volumes,” Martin Neubert, executive vice president and CEO of offshore at Ørsted, said in a company statement.

The agreement also comes as Ørsted, formerly known as DONG Energy, moves closer to its goal of generating nearly all green energy by 2025 and providing clean energy to more than 50 million people by 2030. As of 2018, about 75% of energy generated by Ørsted was based on renewables, according to the company’s latest sustainability report.

The company also has vowed to stop using coal in 2023 and become “virtually carbon-free in energy generation by 2025,” carbon emissions-reduction steps that Ørsted said will put “the company a full 27 years ahead of the necessary reduction trajectory for the energy sector, as based on a 2°C temperature-rise scenario.”

Eversource and Ørsted are already 50-50 joint venture (JV) partners in the Bay State Wind project, offshore Massachusetts. The proposed project would be the state’s first offshore wind project, with first power expected to be delivered in the 2020s. The companies’ 800-MW project proposal, which includes a 55-MW battery storage solution, would power about 500,000 homes, while a smaller 400-MW proposal with a 30-MW battery storage solution would power 250,000 homes, according to the project’s website.

The latest agreement also creates a 50-50 JV between the companies for two other active projects.

The Revolution Wind project is expected to generate enough energy to power more than 400,000 homes in Rhode Island and Connecticut, the companies said. Commissioning is anticipated in 2023, pending permitting, finalized power purchase agreements and final investment decisions by both companies.

Rhode Island announced Feb. 7 that a contract between National Grid and Ørsted for Revolution Wind had been filed with the state’s Public Utilities Commission. The project is expected to generate a fourth of all electricity used annually by Rhode Island residents while bringing down electricity prices.

“This is a triple-win for our state because it provides affordable, clean energy for Rhode Islanders, adds jobs to our economy, and dramatically reduces carbon emissions,” Rhode Island Gov. Gina Raimondo said in a statement.

If needed permits are granted, development goes as planned and a final investment decision is reached, the South Fork Wind Farm offshore Long Island could be commissioned by year-end 2022. Having already secured long-term power purchase agreement with the Long Island Power Authority, the wind farm would become “the largest source of renewable energy on Long Island, which will help the towns of East Hampton and Southampton meet their 100% renewable energy goals, and New York State achieve its ambitious clean energy mandate.”

The project is expected to provide enough energy to power more than 70,000 homes, according to a news release.

“Offshore wind will provide a growing and critical source of zero-carbon energy in a region with very aggressive carbon reduction and renewable energy goals,” Lee Olivier, executive vice president for enterprise energy strategy and business development, said in the release. “This transaction solidifies our partnership as the strongest developer of offshore wind in the Northeast and is consistent with Eversource’s efforts to be a key catalyst for clean energy development in our region.”