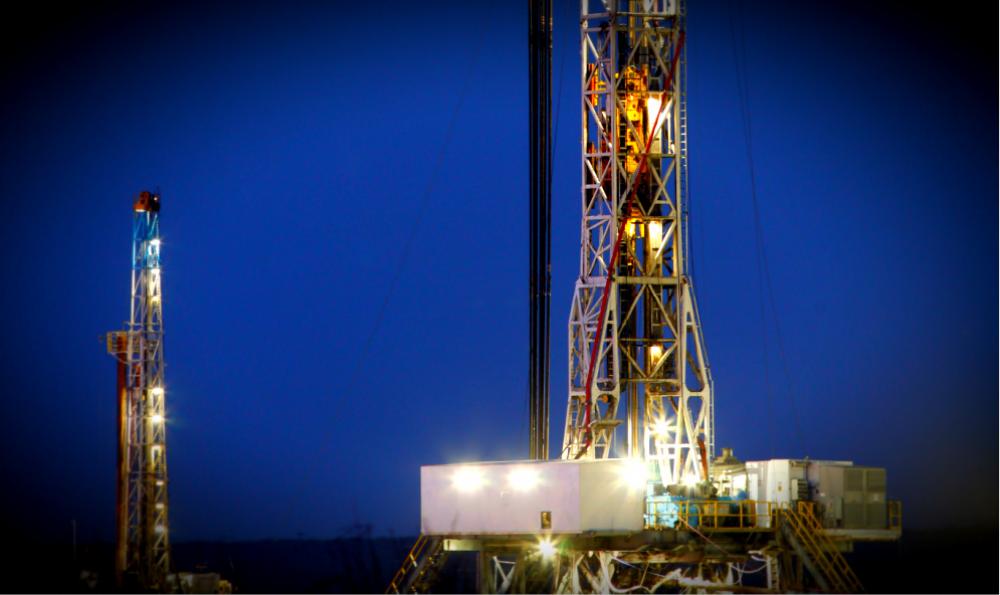 During the last two years, many observers, including me, have suggested that consolidation is needed in the upstream oil and gas industry. Logically, it’s the right response to a commodity-based business exiting a high-growth phase and facing low prices. If you can’t control prices, the thinking goes, then at least you can control costs, and of the seemingly best ways to achieve that would be to combine companies to achieve economies of scale—“synergies” in the current vernacular.

However, the expected wave of consolidations keeps not happening. The rationale for the reluctance to combine has been explained by the public market’s antipathy to the few deals that have occurred, and the difficulties combining private companies due to private equity’s cross-fund and cross-sponsor issues and their typical need to exit a business in a cash transaction to return capital to their investors.

I’ve also noticed that, despite the expectation of consolidation, new startups continue to form, which seem to contradict the thinking that the industry needs fewer rather than more companies. These observations led me to consider perhaps another reason for the lack of consolidation is employee productivity has improved more than appreciated and the potential benefits of consolidation are not as large as we think.

To investigate, I looked at the U.S. oil and gas production (from the EIA) compared to the number of employees in oil and gas extraction (from Federal Reserve Economic Data, or FRED) since 1972. 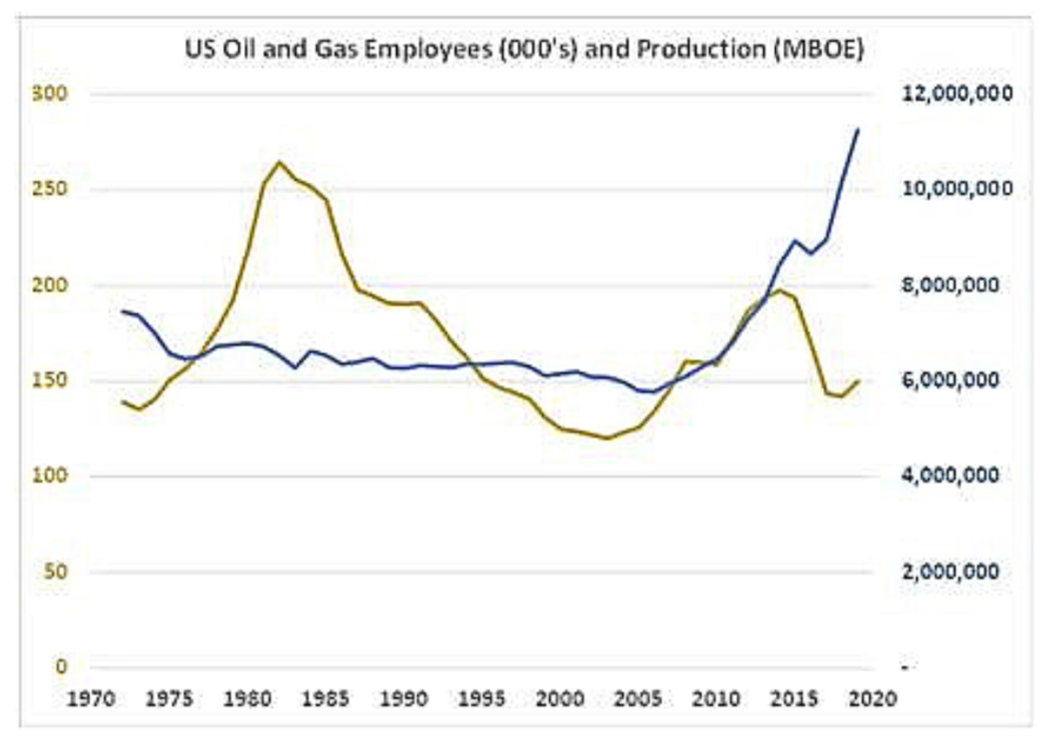 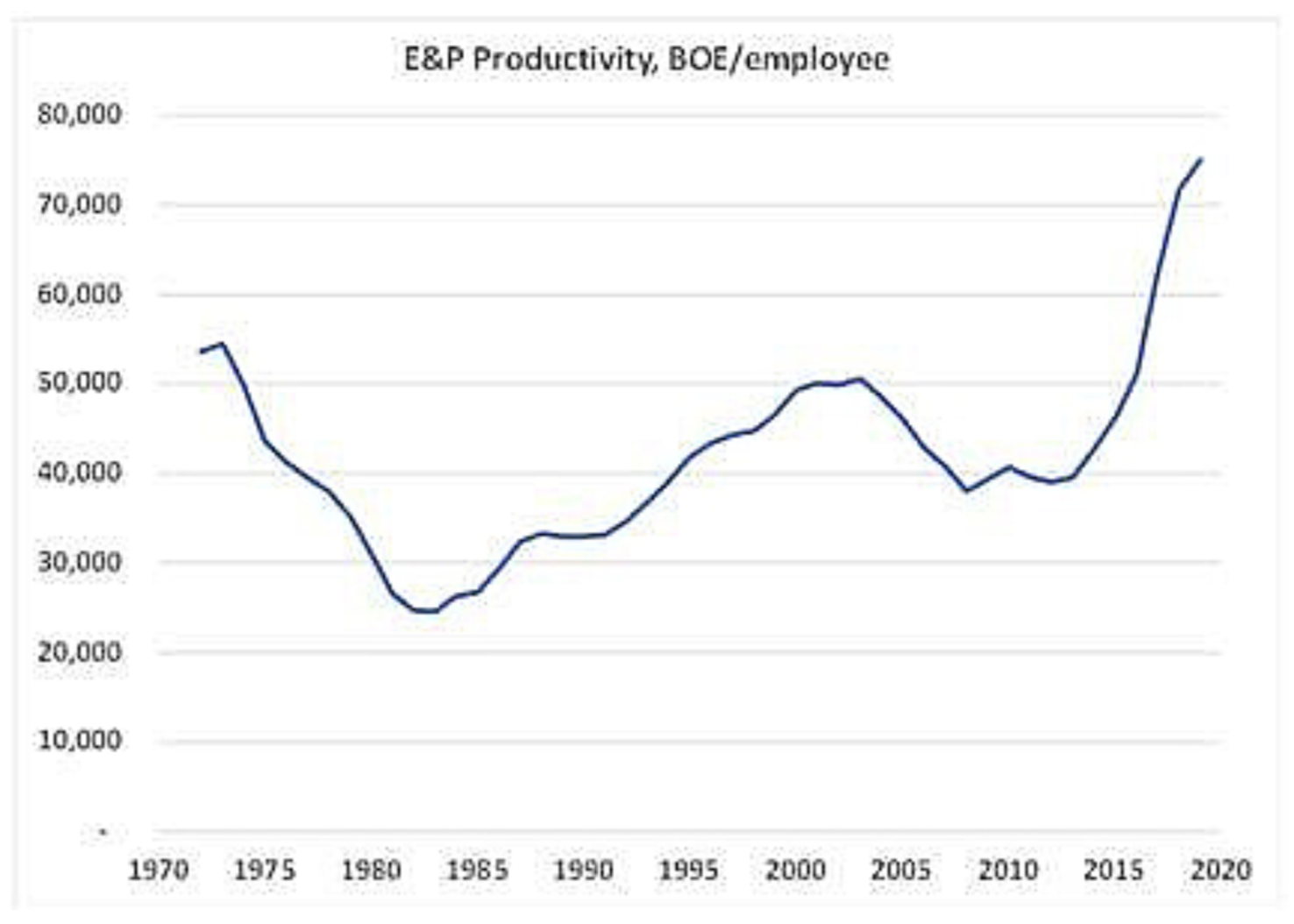 I began my career in 1983 and for almost all of it I’ve witnessed a significant decline in the number of people employed in the industry. During most of that time, the industry produced at a slightly declining rate and employee productivity improved. As in almost every other industry, much of this was due to the widespread adoption of desktop and other computing tools.

There was a lull in productivity growth at the beginning of the shale revolution when prices rose and employment grew, but before production growth had really taken off. Following the 2014 price drop, however, employment dropped dramatically while production continued to grow as producers improved their drilling time, completion efficiency and supply chain logistics. In 2019, productivity by this measure reached a 50-year (and probably all-time) high.

The figures shown don’t reflect the employment reduction or production declines caused by the pandemic, but don’t be surprised if productivity increases again. The industry is focusing on the best plays and big wells, along with new ways of organizing and staffing companies that may continue to drive productivity gains without corporate consolidations.