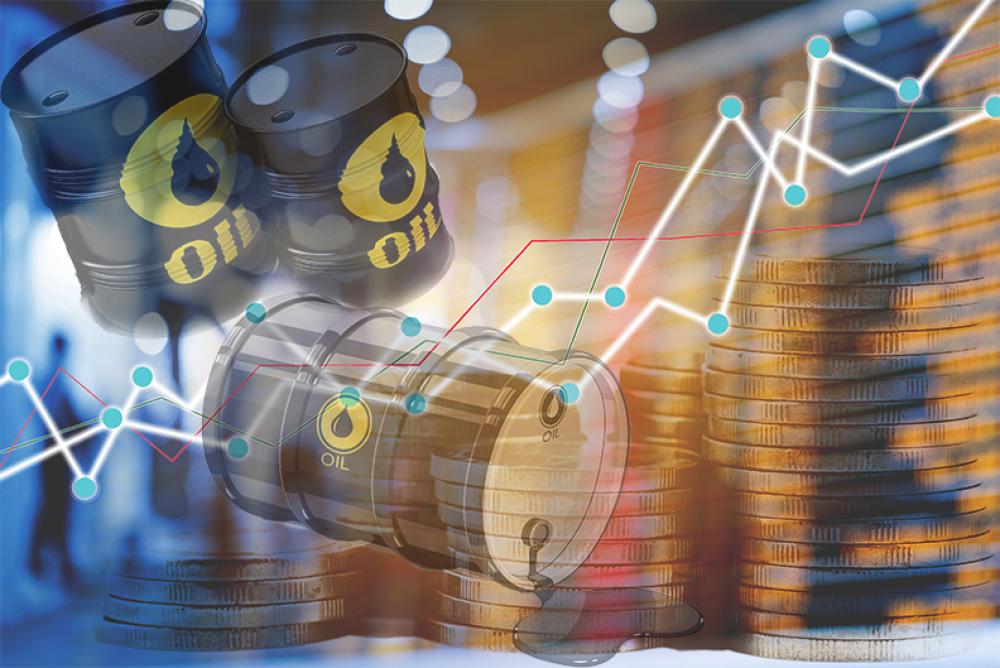 The market has a legitimate reason to pay attention to OPEC and U.S. shale production in the short term as they will shift the market in the next few years.

In terms of oil supply, there is no doubt that the current global oil market is mostly moved by OPEC and U.S. shale production. The fighting for market share between the two has thrown the market off balance and triggered the collapse of oil prices and industry downturn that started in 2014.

The downturn has shelved billions of dollars of new development projects in the rest of the world as oil companies cut spending to overcome the low oil prices. Even as the rest of the world produces about half of the 82 million barrels per day (MMbbl/d) of global total crude oil and field condensate production, the market has not paid that as much attention as it has OPEC and U.S. shale. How much does the rest of the world’s production matter to the current market and the future? This analysis will give a breakdown on this part of the world oil supply.

Unlike U.S. shale, which has less than a year development cycle from drilling to production, field developments in the rest of the world have a much longer investment cycle. Projects such as offshore deepwater or Canadian oil sands developments normally take three to five years from sanction to first production. An extended development cycle means that production will have a longer impact on the market, rather than a shorter one. 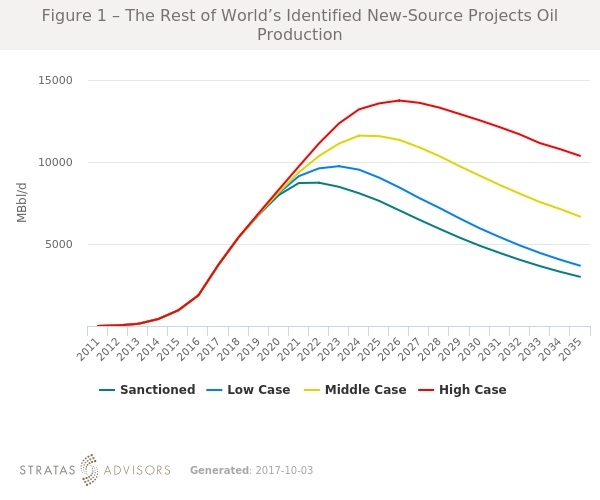 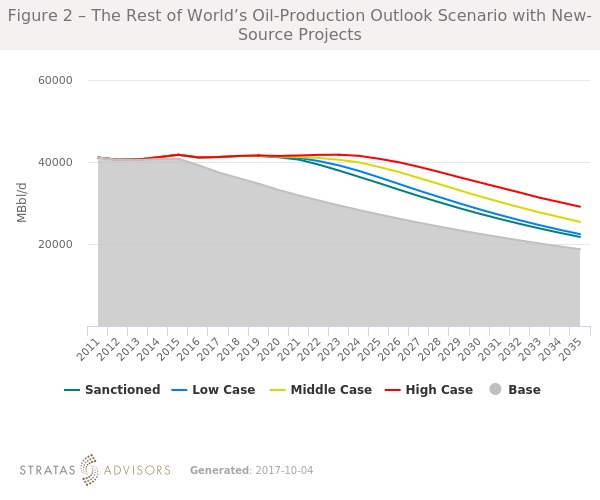 For identified unsanctioned projects, Stratas Advisors has three scenarios to gauge the future supply outlook based on break-even prices.

Finally, in the high-case scenario, in which the oil price is at $75/bbl (WTI), additional new sources would add an additional 7.7 MMbbl/d at its peak in 2031. The rest of world’s production would be pushed off to 2023 with 41.8 MMbbl/d.

The three scenarios illustrate the low price elasticity of the rest of the world production’s in the short term. In all three cases, roughly the same volume—half of the global production—will be supplied until the end of the decade. It implies that a short-term supply squeeze, or oversupply, is not likely to happen from the rest of the world’s perspective.

The market has a legitimate reason to pay attention to OPEC and U.S. shale production in the short term and the dynamics of the two sides will mostly move the market in the next couple of years.

However, in the longer term, by early next decade, the bigger uncertainty from the rest of the world will put more weight on the global oil-supply demand equilibrium. The gap between the worst and the best scenario would reach 1.5 MMbbl/d by 2022 and 4.5 MMbbl/d by 2025, potentially to create a supply squeeze if a low oil price persists until the end of the decade.

Regionally, as Figure 3 and Figure 4 show, Latin America has most of the sanctioned new-source projects in the rest of the world driven by Brazil pre-salt developments. At its peak of 2022, it will produce 3.4 MMbbl/d, roughly 38% of the rest of world’s global total. North America—driven by the U.S., Gulf of Mexico and Canadian oil sands projects—is next behind with production of 2.2 MMbbl/d by 2022. The Russia & CIS region, along with Europe, will produce a little more than one MMbbl/d each by 2022. 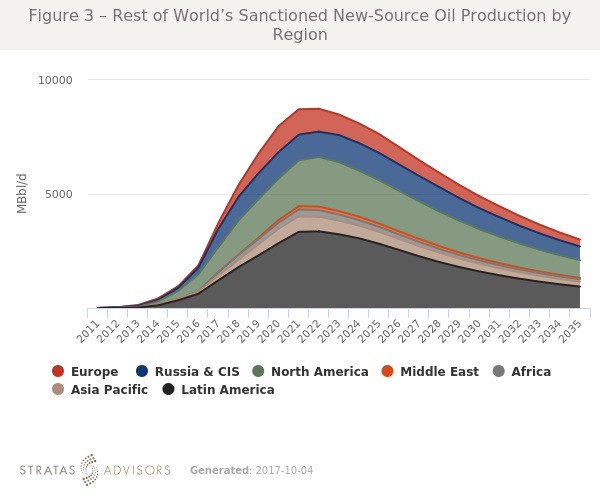 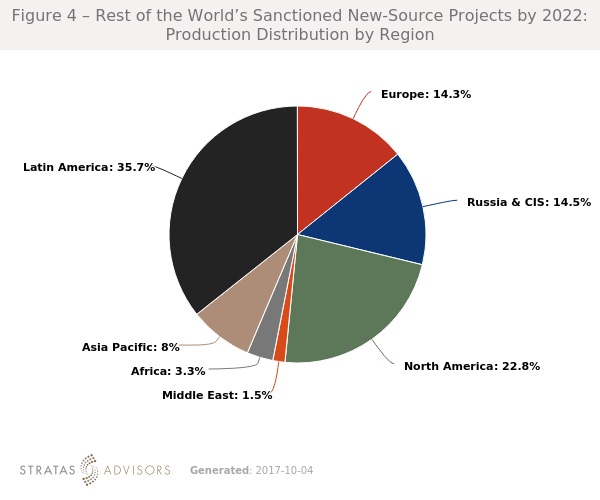 Maersk Drilling has entered into an agreement to divest the combined drilling and production unit Mærsk Inspirer to Havila Sirius for a price of $373 million, the company said on May 27.

Global energy consultancy Xodus Group has entered a partnership with Japanese consultancy E&E Solutions on July 28 to deliver in-depth advice and analysis for the fast-developing offshore wind market in Japan.