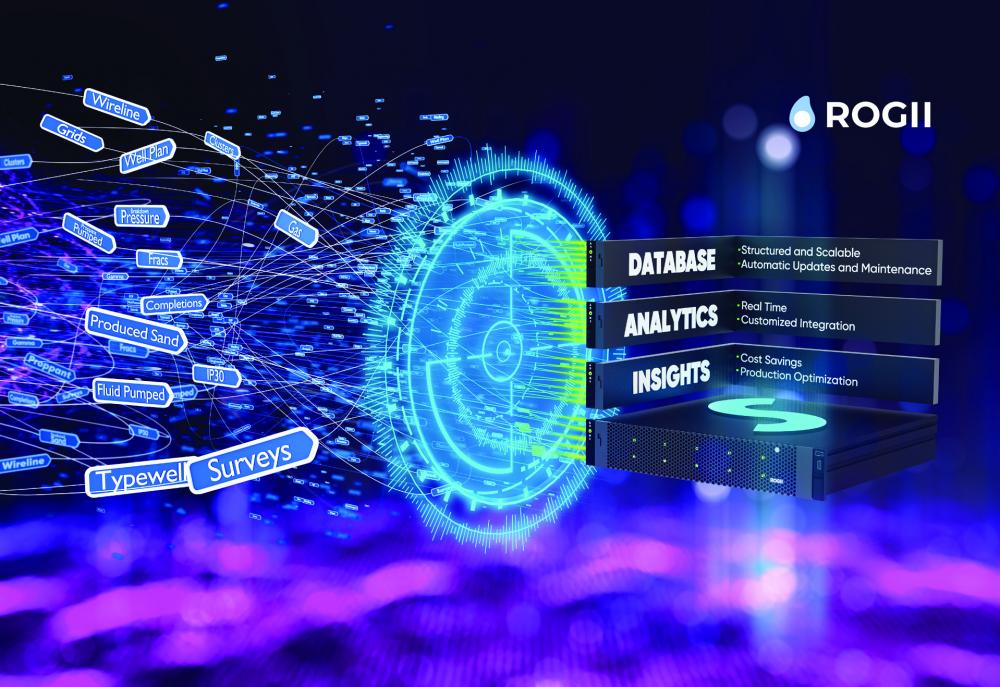 Massive technological advances over the last 10 years have vastly increased the value of data across society; this is as true for upstream oil and gas as it is for everything else. The rise in sophisticated data analytics and improvements in available analytics platforms has allowed geoscientists to collect, integrate and analyze more data than ever before. When combined with collaborative cloud environments, both geoscientists and data analytics experts have been able to maximize efficiency and lessons learned through real-time data insights and 24/7 access to multidisciplinary data. By taking advantage of cloud migration, geoscience teams have found unprecedented improvements in the efficiency of asset evaluation, well planning, geosteering and completions analysis. There are many lenses through which cloud environments, like Rogii’s Solo Cloud, are demonstrating their value in the oil and gas industry, with geoscience and well planning being among the most prominent.

Geosteering prior to cloud technology
Geologists frequently require at least two different software suites to properly plan, land and successfully geosteer a lateral. Preliminary well planning generally involved a software suite where they could compare seismic horizons as well as tops from nearby wells to select an appropriate kickoff point, landing point and lateral trajectory. During the vertical and curve phase of drilling, it was frequently necessary to jump back and forth between the geosteering software and mapping software to evaluate potential landing point changes. Additionally, communicating the justifications for changes frequently required exporting a project file and emailing it so others could see the interpretation. It was the same for communicating changes to lateral plans if the geology didn’t come in as expected. Most companies developed various workflows that tried to smooth out this process, but there was never a truly collaborative workspace outside of having full, in-house operations centers where all geosteering and well planning were done.

Once the well reached target depth, the final geosteering interpretation usually came in the form of a project file specific to the geosteering software used, a PDF or slide deck with a handful of screenshots, and a few cherry-picked statistics all wrapped up in a static report trying to represent a dynamically drilled well. This process worked, but it usually required a lot of back and forth between geology, drilling, engineering and management for everyone to be on the same page. Modern data analytics was in its infancy at this point, so the compatibility of the different software and data types was not as critical an issue.

Cloud migration
Rogii sought to create the first digital collaborative workspace designed from the ground up for geosteering, well planning and post-drill analysis applications. Solo is a cloud-based workspace and database in which projects (previously stored locally) can be accessed and worked on by multiple users from different disciplines at the same time. Any changes made by users are instantly synced back to the global cloud project in real time, allowing other users to see the changes without having to transfer the entire project back and forth. Solo Cloud projects are stored on a highly secure server where data are encrypted in transfer and at rest. With the introduction of the Solo Data Manager, users can easily add or remove data to smaller virtual projects from their global database with changes being synced across the entire database automatically, enabling a dynamic work environment.

All data are easily accessible for the entire organization when needed. Solo can be scaled to any size organization through efficient cloud database management and customized user rights and privacy. Cloud-based data storage also enables any stakeholder involved in the well to access the most recent geosteering update in real time from any web-enabled device (phone, tablet and computer) eliminating the need for static updates. Collaboration between geosteerers, geologists and any other authorized individuals is as easy as logging into and working autonomously on the same project to visualize and edit interpretations simultaneously.

Case studies
Solo Cloud geosteering collaboration has already been embraced by companies ranging from mid-sized independents to major operators. Keith Rivera and Adam Martin with Noble Energy both described the transition and experience as “insanely positive for us.” Rivera and Martin use a third-party vendor’s real-time center to aid in geosteering and appreciate being able to work in the same project with them concurrently.

“One of the biggest things that helps us out is project setup; we can set up a well exactly as we want to set it up. No back and forth,” Rivera explained.

Once it is set up, the ops personnel and/or vendors can access the well directly in the cloud and get started immediately. During the drilling process itself, the cloud-based environment has significantly improved their ability to integrate all available offset well data to make the most informed decisions possible.

“We’re using it on the fly to compare offset wells that intertwine through landing,” Martin said.

They went on to describe the efficiencies of having everyone able to work in the same project to review and monitor a well’s progress in both the well planning phase and drilling phase. Prior to cloud migration, both data and project files had to be emailed back and forth every time a decision needed to be made. Solo’s real-time features have eliminated cumbersome and static processes of decision-making.

With benefits ranging from the office to the well site, Stefan Wieclawek with NAL Resources said, “Not only has the quality of geosteering increased, but we are able to make decisions for future wells with greater accuracy and confidence.”

The introduction of Solo has resulted in significant changes to the daily workflows of wellsite geologists and how they interact with both development geologists and others.

“I no longer must carry paper files around or stop the rig during drilling to assess the stratigraphic position of the wellbore. All pieces of valuable decision-making information are viewable in Solo,” Wieclawek said. “The wellsite geologist posts a target line on the geosteering plot, and I evaluate the steer and either agree or make a slight change to the target line before the amended well path is handed over to the directional drillers.”

These new workflows have resulted in drastically improved efficiencies in the communication chain.

“I would estimate a 60% reduction in lengthy conversations,” Wieclawek said.

When combined with the Solo WebViewer app, authorized individuals can check in on the status of their wells from any web-enabled device, which Wieclawek said has resulted in a drastic increase in the response time to lithology changes.

Technology for the new decade
Entire geoscience workflows and data management practices are being reconsidered as the extensive benefits of cloud-based data management are discovered. It is clear that collaborative databases have a substantive impact on the way wells are designed, executed and analyzed. Rogii’s Solo Cloud continues to be developed specifically for the oil and gas industry to revolutionize workflows of multidisciplinary teams industrywide to take full advantage of what modern IT offers. The ability to fully access and utilize data in real time will help the oil and gas industry continue to decrease costs and maximize production, enabling it to compete in today’s global energy era.