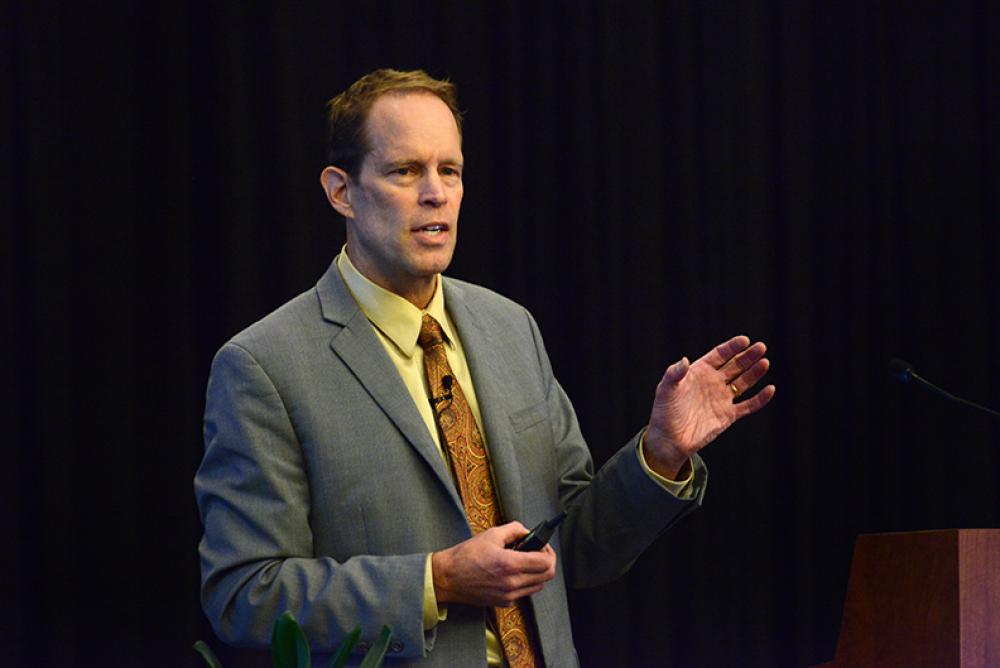 OKLAHOMA CITY—Widespread reuse of produced water could be the next evolution in frack water management in tight oil plays, particularly in Oklahoma and Texas, according to one water services company.

Michael Dunkel, vice president of industrial water at CH2M, speaking at Hart Energy’s recent DUG Midcontinent Water Forum, said oil and gas companies operating in the country’s largest shale plays could reduce their costs over the long term by investing in infrastructure that could lead to increased levels of reusable water.

“Fundamentally, oil and gas [water] reuse is the easiest way to go,” Dunkel said. “It’s the most practical thing that can be done, and do something productive with [produced water].”

Dunkel cited instances in which companies like Pioneer Natural Resources Co. (NYSE: PXD), Continental Resources Inc. (NYSE: CLR) and Newfield Exploration Co. (NYSE: NFX) have made significant investments—in Pioneer’s case, as much as $1 billion over the next decade—on water infrastructure.

Pioneer and Devon Energy Corp. (NYSE: DVN) have entered into agreements with municipalities—Pioneer with the city of Odessa in West Texas, Devon with Oklahoma City—for access to their wastewater for fracturing their wells. In addition, Continental has two water plants that it uses for water reuse capabilities.

“If you take transportation out, [water] reuse is cheaper than sourcing and disposing now,” Dunkel said. “But you need that water infrastructure.”

He said other options to injecting produced water, which in Oklahoma has resulted in widespread earthquakes, include desalination, or evaporation, both of which tend to be cost-prohibitive. But Dunkel predicted growth in the water reuse sector, a trend that could include infrastructure investment partnerships.

“The large leaseholders will continue to build out pipeline and storage and water reuse in the areas where they have concentrated acreage, and they’re doing that now,” he said. “Today there is minimal reuse, but it’s going to progressively grow. Cooperation with companies is going to happen whether the system is owned by [an operator] or by a midstream company.”

The biggest obstacle to widespread water reuse, Dunkel said, is the cost of getting to that point.

“Cost is the number one issue,” he said. “It’s number one because if the companies—especially in the last couple of years—if they can’t say that [the project] at least breaks even, their management will not let them spend more money on water management just because it feels good.”

Joining Dunkel at the water forum was Kent Wilkins, chief of planning and management for the Oklahoma Water Resource Board (OWRB). Wilkins discussed his agency’s efforts to identify options for handling the large amounts of water produced by fracked wells in lieu of underground disposal methods.

The OWRB, Wilkins said, is also working toward curtailing the use of freshwater for fracking, with the goal that by 2060, no more freshwater is used than was used in 2010. Wilkins said the OWRB had be allotted a $150,000 grant for a feasibility study of the potential impacts of select alternative produced water management and reuse scenarios.

The OWRB is also encouraging oil companies to use the longer-term permits to access to ground and surface water, as opposed to the more traditional 90-day provisional-temporary permit. Wilkins said 90-day permits are attractive to oil companies because they only need to justify the needed amount of water they need to frack a well, and how many wells they plan to frack. Often, the temporary permits are approved the same day.

Provisional 90-day permits peaked in 2012 when oil companies were granted nearly 2,500 permits. That number has decreased to just over 1,000 this year, but the amount of water companies are using to fracture a well—as much as half a million barrels per well, according to Dunkel—has increased substantially over the past several years.

“So, in the future [companies] may have to have a balanced approach [to securing water supply] as much as possible,” Wilkins said.

2022-10-21 - Even as the oil and natural gas rig count in the U.S. mostly increased over the past two years, weekly increases have been in the single digits for months and oil production remains below record levels seen before the pandemic.