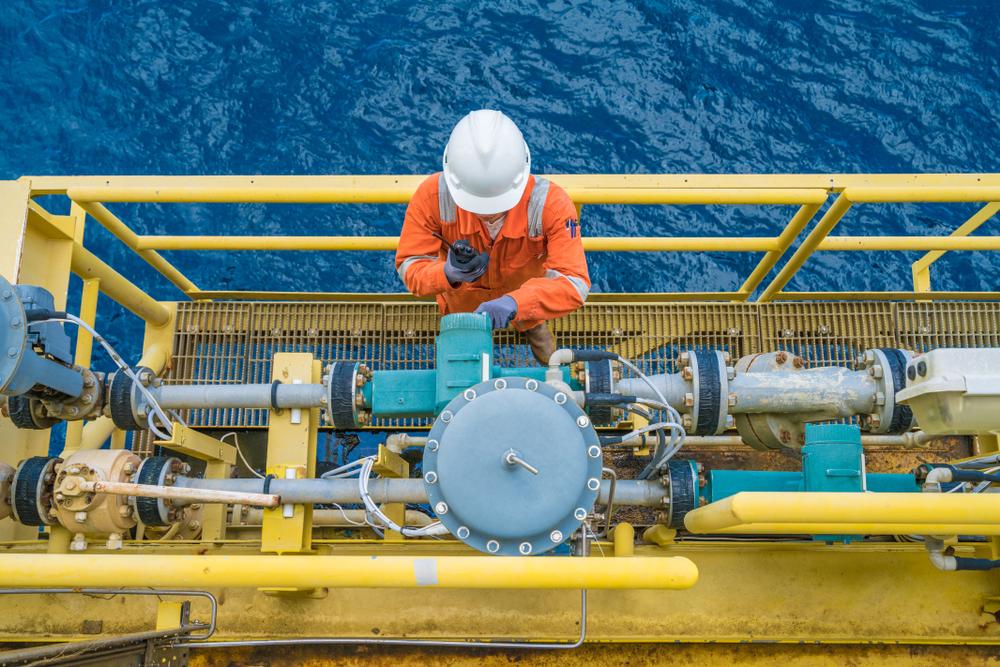 With an activity slowdown looming in the U.S. shale sector as E&Ps carry out plans to spend less, oilfield service providers see a pickup in pace offshore.

Top executives with Halliburton and Schlumberger pointed to improved offshore activity ahead while delivering outlooks and second-quarter 2019 performance updates.

“We’ve seen enough signs to anticipate future growth,” Halliburton CEO Jeff Miller said on an earnings call July 22. “In June, the year-over-year change in offshore rig count was up for 12th consecutive month and appears to be gaining momentum.”

The market downturn ushered in better ways of operating for offshore companies, including those competing against nimble shale plays for spots in portfolios.

The recovery has been slow but steady. 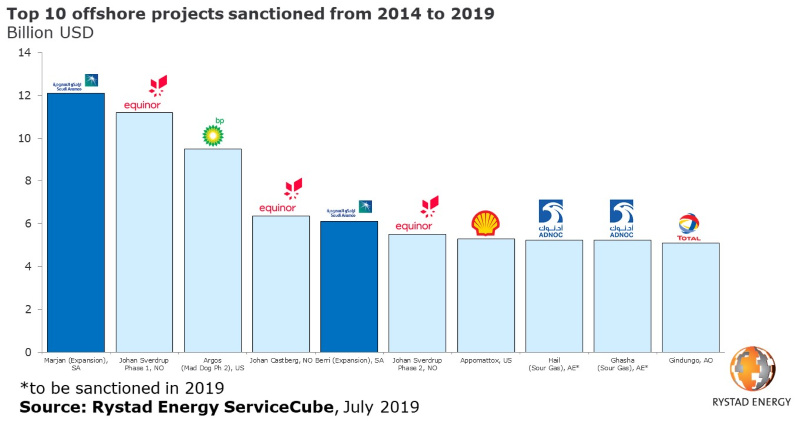 All of the projects could translate into contracts for oilfield service providers.

“However, the majority of large offshore projects being sanctioned or awarded today have a 2020 or 2021 start date,” Miller said on the Halliburton call.

Oilfield service companies are already seeing an increase in business—both in shallow water and deepwater.

“As offshore momentum builds, shallow-water rig activity grew by 14% in the first half, and deepwater activity is strengthening as new projects are sanctioned,” Schlumberger COO Olivier Le Peuch said on the company’s earnings call July 19.

But Le Peuch, who will become the company’s CEO when Paal Kibsgaard retires Aug. 1, also noted that the offshore rig count has not increased significantly. Still, “customer interest is high, indicating stronger activity coming in the second half of the year,” he said.

He later added that deepwater is seeing less growth in rig activity, but FIDs expected in the third and fourth quarters “would translate in further growth and acceleration of deepwater” moving into next year.

The industry is experiencing a rebound in deepwater activity in West Africa, he said, calling shallow-water activity “very solid” in the Middle East and Asia.

“So, I feel a combination of this is very favorable,” Le Peuch said. Plus, “offshore exploration is up more than 30% year-over-year, year-to-date, and this benefits very much wireline.”

Halliburton, which has been working to gain international market share by increasing its product service line presence, has been busy in the North Sea offshore Norway and the U.K., according to Miller.

“We have significantly increased our market share there by winning large tenders. Currently, we’re sold out of drilling and wireline tools in the North Sea,” he said. “As activity keeps ramping up, especially with independent operators taking over IOC assets in the U.K., supply and demand balance has significantly tightened for tools and I expect that incremental work will come with better pricing.”

The company also sees similar dynamics in the Asia-Pacific market, he added.

Baker Hughes, a GE company, is scheduled to discuss its second-quarter 2019 earnings on July 31.