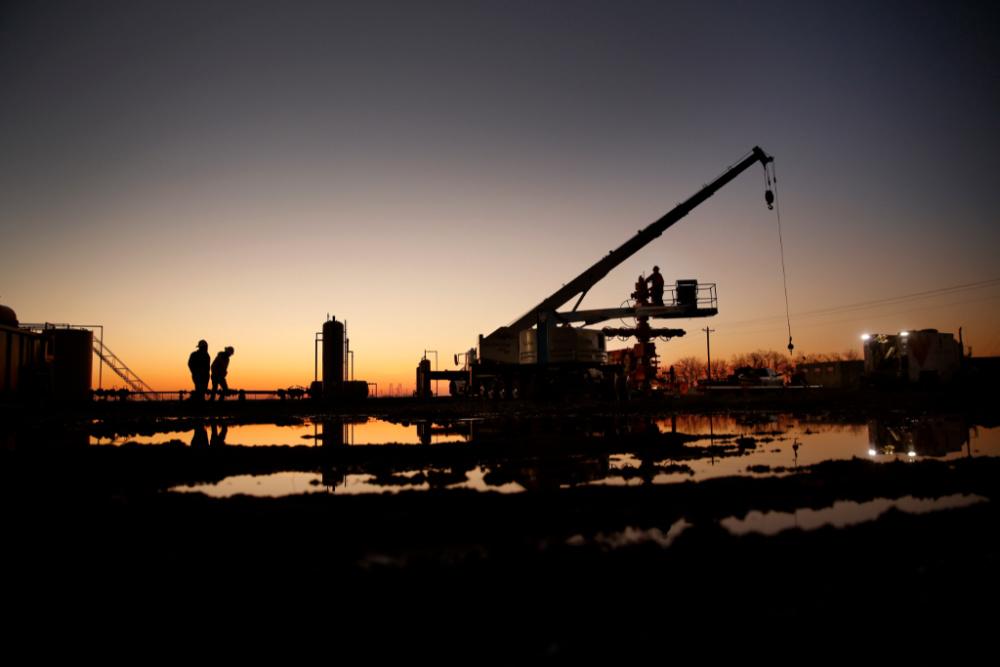 While the $7 billion in losses is substantial, oil companies should still benefit from this year’s prices, according to John Saucer, of commodity advisory firm Mobius Risk Group. (Source: Hart Energy)

U.S. oil and gas operators face billions of dollars in hedging losses that will weigh on first-quarter earnings as this year’s oil-price recovery left dozens selling their oil at below market prices.

Companies including Cimarex Energy Co. and Concho Resources that locked in prices on some of their volumes when prices rebounded last year to around $40/bbl missed some of the price jump, and Concho owner ConocoPhillips Co. paid millions of dollars to unwind those contracts.

Benchmark U.S. crude prices have doubled from year-ago levels, averaging over $58/bbl for the quarter ended March 31. Hedges and a February freeze that temporarily slowed output, are expected to crimp the benefits of higher prices as U.S. oil producers report earnings in coming days.

Dozens of producers hedged at prices below $50/bbl, according to Andrew McConn, co-head of commercial intelligence of energy data firm Enverus. Its review of 66 producers found roughly $7 billion in aggregate hedging losses. 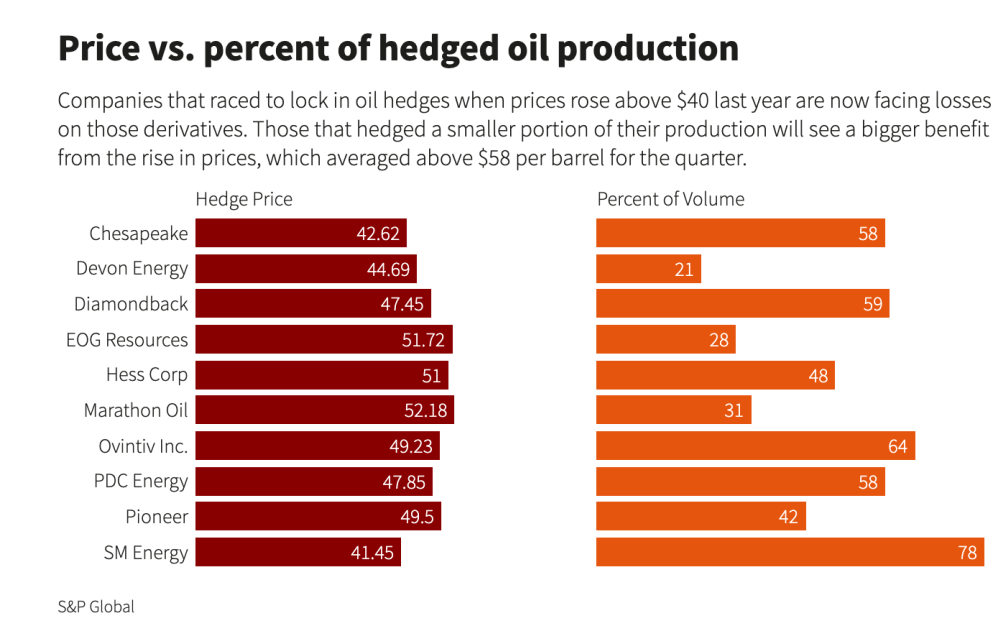 Oil and gas producers use hedges as a form of insurance to lock in prices for future production. Hedges protect them from potential price drops and provide guaranteed revenue. But it can chill gains from a rising oil market.

This year’s hedging losses will add pressure to keep expense budgets fairly conservative, McConn said, potentially dampening spending on drilling until hedges roll off and companies can get market prices for all their oil.

Chesapeake Energy Corp. hedged some 19 million barrels for 2021 at a price of $42.69/bbl—a figure that represents a little more than half of its 2020 oil production, according to filings.

Hedging made sense given the uncertain market last year, said Trisha Curtis, CEO of PetroNerds, an oil and gas consulting firm that tracks hedging and derivatives.

Hedging in the $40s/bbl range probably felt necessary, while hedging in the $50s made sense, said Curtis with OPEC last year signaling it may relax production curbs that have boosted prices, she said.

While the $7 billion in losses is substantial, oil companies should still benefit from this year’s prices, said John Saucer, of commodity advisory firm Mobius Risk Group. Most companies typically hedge about half their volumes.

“If you have the appropriate hedge ratio, you should want to lose money because you’re making money on the other part of your portfolio,” said Saucer.