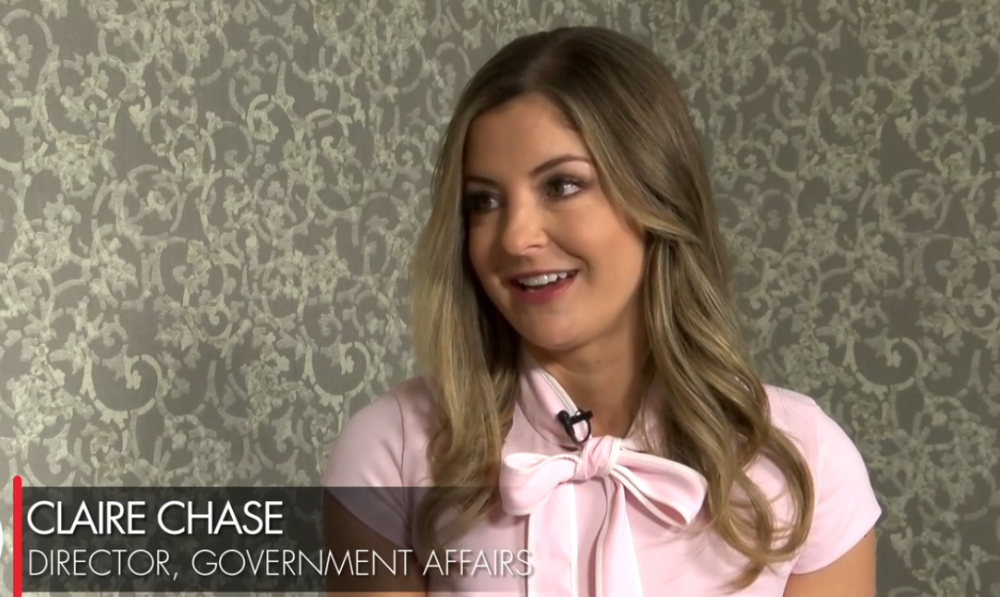 Editor's note: Claire Chase was honored by Hart Energy's Oil and Gas Investor magazine in its 2018 Forty Under 40 program. You can view her entire video interview and bio here.

Chase, who was named one of Oil and Gas Investor’s Forty Under 40 honorees in 2018 is also the youngest and first female to serve as chair of the New Mexico Oil and Gas Association (NMOGA). Her entry is expected to shake up the race to unseat Democratic Rep. Xochitl Torres Small who previously defeated Herrell for the seat.

Last week, Chase introduced Vice President Mike Pence, Interior Secretary David Bernhardt and Commerce Secretary Wilbur Ross at an event promoting the U.S.-Mexico-Canada Agreement in Artesia, N.M. According to a report in the Albuquerque Journal, Pence said of Chase: “She is an advocate for growing a New Mexico economy. Would you join me in thanking her for her leadership past, present and future?”

Her oil and gas background, and her experience working on natural resource policy in Washington, D.C. for former Rep. Steve Pearce, could come in handy for her campaign. New Mexico is often cited by analysts and industry insiders as the next Colorado, where the state assembly pushed through Senate Bill 181 that aimed to limit hydraulic fracturing. Southeast New Mexico is home to the western-most part of the Permian Basin.

While Pence’s comments give a boost to her campaign, he has not officially endorsed her. Meanwhile, her opponents have secured major endorsements. Herrell secured the endorsement of the House Freedom Caucus and FreedomWorks for America. She has also been endorsed by several former Republicans in the New Mexico Legislature, according to the Journal’s report.

Chase has a lot of ground to make up in fundraising compared to Torres Small, who had more than $1 million cash on hand, according to the Journal.

She’s also positioning herself as a fighter against what she described in an email to potential donors as “liberal, career politicians are pushing increasingly radical policies that support open borders, undermine the industries that power our economy, and threaten our way of life.”

She said as the first female chair of NMOGA, “I’ve taken on liberals each and every day as they demonize an industry that covers the cost of one-third of New Mexico’s school spending, health care, and public safety, as well as provides over 100,000 jobs.”

In a separate news release, she said, “Our state is ranked worst in the nation for education and 50th in child well-being…We need a businesswoman, a mother and a conservative who will step up and fight for good-paying jobs, better schools for our kids, and a strong, secure border.”

In an interview with the Associated Press, Chase said she has received heavy encouragement by fellow Republicans. She also said she wants to bring the district back to its traditionally conservative representation.

"I remember waking up the day after the [2018] election in a state that I didn't recognize anymore," she said in the AP interview. "This is a conservative district and I represent Pro-Life, Pro-Family, Pro-Second Amendment values."

The election takes place in November 2020.

Lambda Energy Resources retained Meagher Energy Advisors for the sale of Michigan production and leasehold with bids due June 13.