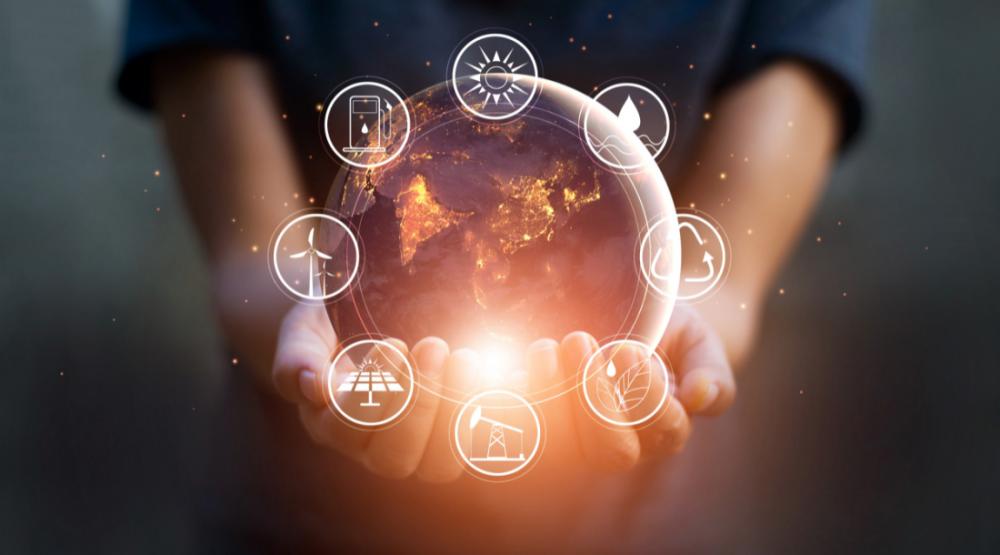 Executives discussed the future of oil and gas as well as efforts to lower emissions during a virtual conference this week. (Source: Shutterstock.com)

You’ve probably seen it more times than you can recall.

Sustainability, low-carbon solutions and emissions reduction goals are moving from trending topics to becoming mainstays in conference presentations and on quarterly earnings calls by energy companies, including the oil-focused ones looking to hold onto investors.

But “are we just greenwashing by making these commitments?” Jim Claunch, senior adviser for Bain & Co., asked a panel of executives from Lundin Energy, Laredo Petroleum and Cenovus Energy.

“We’re investing $800 million to get along this path and around 60% spent,” said Lundin Energy CEO Nick Walker. “So that’s certainly not greenwashing in my mind. I think it makes a real difference, and I think it’s core to our strategy. We need to see the whole industry move in this direction, and I think if it does, then it creates a space for itself in the future and an acceptance of the business.”

The conversation took place during a virtual conference on the future of oil and gas hosted by Reuters and as the world’s appetite for energy, including oil, continues to grow alongside demands for cleaner energy and reduced emissions.

‘Value in Many Dimensions’

For Lundin, a Norway-centered developer of oil and gas, focus is on producing cleaner barrels while reducing emissions from oil and gas production. The company aims to decarbonize operations and achieve carbon neutrality by 2023.

“If you’re given a choice to buy a barrel that’s high-carbon produced or low-carbon produced, I think the customer would want to take the cleaner, most efficient barrels,” Walker said. “So that’s what we’ve been doing.”

The company is also investing in renewable power—the Karskruv (100% interest) and Metsälamminkangas (50% interest) wind farms respectively in Sweden and Finland along with the Leikanger hydropower project (50% interest) in Norway.

“By the end of 2023, all of our business essentially will be powered by our own renewable produced power,” Walker said. In addition, Lundin invests in “natural carbon capture” reforestation projects. Its partnership with Land Life Co. includes plans to plant over 8 million native trees between 2021 and 2025 in Northern Spain and Ghana to capture about 2.6 million tonnes of CO2.

“I think this creates value in many dimensions for our business,” Walker said, noting the power-from-shore projects make good returns and the company’s revenues are higher because it burns less gas. “There’s not an investor conversation that goes by that we don’t have a discussion about our decarbonization strategy.”

Different companies have different strategies, though some elements are common.

While European energy companies like Lundin are diving into renewable projects, many U.S.-based energy companies are sticking with resources they know best and making them better as demand rises.

And many investors, as pointed out in a recent Reuters article, aren’t punishing them for it.

RELATED: Investors on Board as US Oil Majors Dismiss Wind, Solar Projects

“At the end of the day, you don’t invest in a company because they promise nice things,” Adams Funds head Mark Stoeckle, told Reuters.

“When we think about decarbonization, we think about it in terms of carbon optimization,” said David Ferris, chief sustainability officer for Laredo. “How do we reduce the amount of emissions associated with the oil and gas that we need to produce and the world needs...?”

As Laredo continues to produce oil and gas, averaging about 85,925 boe/d in second-quarter 2021, mitigating flaring and venting is a continued area of focus.

“We’re continuing to work on that. In fact, over 90% of our emissions have been as a result of third-party flaring,” Ferris said.

Collaboration and partnerships on best practices could lead to further improvements within the industry.

Last year, Laredo lowered the volume of natural gas flared or vented by 56% compared to 2019, according to its latest ESG and Climate Risk Report. Contributing to the improvement were vapor recovery systems for new facilities, onsite combustors used to minimize emissions during emergency events and expanded offload capacity along with LDAR and continuous monitoring.

In September, Laredo said it began implementing a pilot project for continuous onsite emissions monitoring in Howard County. The project “combines continuous emissions monitoring systems, kind of smelling the air to see if there’s methane or other VOCs in the air,” Ferris said. The company is also tapping Internet of Things sensors combined with edge computing and machine learning as part of its emissions reduction strategy.

Laredo, like some of its peers, has ambitions to eliminate routine flaring by 2025. It also aims to achieve 12.5 mtCO2e/Mboe Scope 1 greenhouse-gas (GHG) intensity and less than 0.2% methane emissions by 2025.

Oil sands producers are also working to do their part in reducing emissions. In Canada, Canadian Natural, Cenovus Energy, Imperial, MEG Energy and Suncor are working together to hit net-zero greenhouse gas emissions from their oil sands operations by 2050. As part of the Oil Sands Pathways to Net Zero, the companies—which the alliance says accounts for 90% of Canada’s oil sands production—are sharing knowledge.

“We compete in many other areas. We compete for investment dollars. But when it comes to GHG emissions, it’s ridiculous to compete,” said Rhona DelFrari, chief sustainability officer for Cenovus.

The alliance, she said, is looking at the possibilities of using small, modular nuclear reactors.

“Maybe that replaces the need to create steam by burning natural gas to boil that water to get that oil out from under the ground,” she said.

A study by the Canadian Nuclear Association found that small modular reactors could lower GHG emissions by 216 megatonnes (Mt) in the heavy industrial sector, which includes oil sands. Together, oil sands, chemical manufacturing and mining contribute more than 30% of Canada’s GHG emissions.

“The oil sands alone in Canada produces over 3 million barrels per day of production, and with that comes emissions,” DelFrari said, noting about 10% of Canada’s emissions comes from oil sands production. “We’re going to need some big solutions.”

The alliance is looking into electrification and hydrogen to power operations, and there are plans to utilize CCUS and other emerging technologies. Direct air CO2 capture and advanced production technologies are also part of the plan.

“When I talk about a commitment, this is not greenwashing,” DelFrari said. “We announced it publicly in June, but for over a year now, CEOs from each of our organizations, along with the chief sustainability officers, have been meeting every single week. … They are serious about this.”