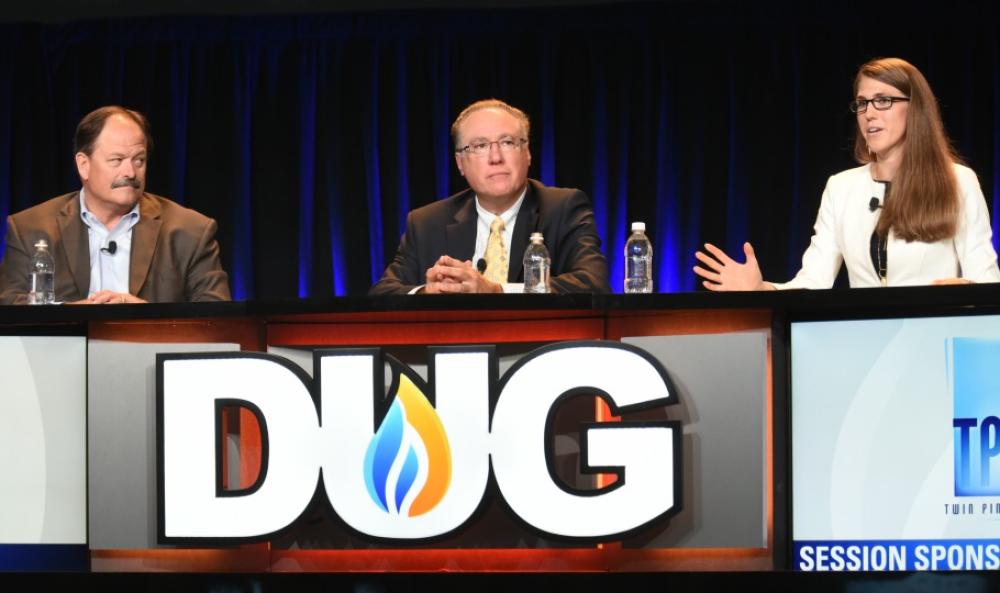 PITTSBURGH—The oil and gas industry is constantly seeking new ways to gain the attention of potential new hires or bring back those let go during the downturn. A common discussion is how to attract—and keep—millennials (those born from around 1980 to 2000).

According to a 2016 McKinsey & Co. report, “Millennials will constitute a majority of the U.S. workforce by the early 2020s and have already started their climb into management and even executive roles. Millennials are no longer a small group of new university graduates. In many oil and gas companies, they occupy managerial roles and are starting to climb into the executive ranks.”

At Hart Energy’s recent DUG East conference, panelists for the “Service Roundtable: People & Equipment Wanted” session shared their thoughts on how to compete with other industries in recruiting and retaining qualified personnel. Speakers included Bill Debo, operations director of drillbits, at Baker Hughes; Roger Rodiek, vice president of strategic development for the Industrial and Energy Division, at WSP USA; and Courtney McShane, director of business development, at Willbros Group Inc.

With so many projects underway, there has been a major increase in demand for people and equipment.

Companies need to put measures in place to help meet the demand for new workers and continue the positive steps already taken, the panelists said.

“Recruitment continues to be a big piece of our growth strategy [at Baker Hughes]. There are a lot of recent graduates that, because of the downturn, are still looking for roles within our industry and I think there’s going to be a lot of high-quality individuals that are available,” Debo said.

He added the issue in hiring is that the labor force today has high attrition rates.

“We lose about 10% of our workforce on a monthly basis. Most of that is due to what they call a quality work-life balance. It’s tough work, and we expect a lot from our people,” Debo said. “Some of the folks [in the millennial age group] aren’t used to having that work ethic, and it kind of hits them right in the face.”

“There are lots of opportunities,” Rodiek added. However, “there are so many alternatives today that people look at those alternatives all the time, and we have to make it a positive for them to want to come [to the oil and gas industry].”

Discussion of the “Great Crew Change” includes the industry’s need to focus on retaining and passing on the knowledge of the aging and retiring workforce. This means implementing training, mentorship, leadership and partnership programs.

“We need people under 30 to keep this industry going,” Rodiek said. “We need to team our emerging professionals with experienced people on important jobs. They’ve got to get in there and get their hands dirty.

“People need the time to learn how to make the right decisions in real time,” he said. “We also have to make data accessible and let the younger folks know where the legacy project data are so they can go understand those things. Because once the [retiring] workforce leaves, that knowledge is gone, and it has to be passed off before those folks leave.”

Debo added, “Part of [the Baker Hughes] strategy is we have a large engagement and mentoring/coaching strategy. …You have to be there every step of the way with them and not hold their hand but lead by example.”

“It’s important to let [millennials] fail. They have to be able to fail,” she said.

Often times when millennials ask “why are we doing this, or why do we handle this process in this manner,” it’s answered with “because we’ve always done it this way,” McShane said, adding that she’d be fired for that response if she worked in another industry such as high tech. “I hear that all the time in this industry, and I think that’s very limiting for people who want to come in and make change and grow and apply what they’ve learned.”

Not allowing an employee to grow and learn in a controlled environment through a partnership or mentorship program will result in them leaving for another industry—“to a place that really values that innovation and creativity,” she said.

McShane also said the industry used to be great about implementing rotations but said she feels it has shied away from that strategy. She said Marathon Oil, for example, moves employees to another job every year and a half.

“It doesn’t matter how good you are at your current job. You’re moving to another job just to keep things fresh and because change is healthy,” she said.

McShane’s previous company also did rotations, and, according to her, “it kept people really loyal to the organization.”

Competing with non-energy industries to recruit and retain qualified personnel has been a struggle as the energy industry battles the sometimes negative reputation it holds.

The McKinsey & Co. report stated, “Millennials don’t just want personal career growth; they expect to make a positive contribution to society. However, 14% of millennials say they would not want to work in the oil and gas industry because of its negative image—the highest percentage of any industry. If companies want to attract the best and brightest, they must design ways for employees to make an impact beyond the walls of the company.”

Debo said the industry doesn’t defend itself very well. “It’s up to us to get more involved at the younger levels, with our children and their schools, and just talk about what we do, why we do it and how it helps the world,” he said.

To address this, McShane also suggested the industry “join the rest of the world” and get more involved with social media to help improve and promote a more positive image. Twitter and LinkedIn are excellent resources to share stories and knowledge with those outside the industry, she said.

“Our personal story isn’t making it out because we hide behind our firewall, because we’re scared, because we’re nervous, because we’ve had so much backlash [and] because there’s this political arena. But we have to take that step,” she said. “If we’re not telling our story or you aren’t telling your story, nobody is going to do it for you. And we expect the industry to take care of this [but] it takes every single one of us, and it takes one step at a time.”

Noting that the energy industry helps improve people’s lives around the world, Debo added, “what we’re doing is really good and we just need to continue getting that message out in a greater way to benefit our industry.”

Why do employees leave?

Panelists also discussed how companies can and should establish measures to retain employees and seek out those that are searching for employment.

Debo said about 20% of Baker Hughes’ workforce leaves for better pay and a better quality of life.

However, McShane said, “Compensation is truly not a factor. If you’re happy, feel you’re working with people that are your family that really have your back, and that you’re going to learn all day every day and you’re going to grow, then you’re not [going to leave]…The last thing we want to do, as millennials, is the same thing we did last year, because that’s not growing.”

Rodiek added that job hopping is a real problem “especially with younger folks.”

He said, “At a millennial level we understand that their opinion being heard is really important.”

WSP tries to do that by providing forums for employees to express their views, be part of a team and have a voice on projects. He said inclusion is “probably more important than compensation.”

Debo also said most people leave because they felt they didn’t have a voice within the business or felt their supervisor or the people above them were not engaging enough with them. Part of Baker’s strategy is to develop competencies on the technical side but also engage employees and allow them to express what works for them.

“Get to know your people, what makes them tick and understand how motivation for them works. Everyone is different, and if you’re not paying attention to that you’ll lose them,” he said. 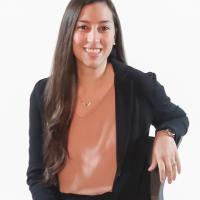 Exxon is the latest oil major to embark on axing jobs spurred by a historic collapse in fuel demand because of the coronavirus pandemic.