A petrophysicist walks into a cry-me-a-river panel discussion among people who make a living by crying about climate change. He asks a legitimate question.

That’s it. That’s the joke.

The question: “Why is climate change oil companies’ fault?” The answer: “Well, I’m no energy expert, but …,” said Nathaniel Rich, a writer for The New York Times Magazine.

Eventually, Rich concluded that it’s because oil companies are given government “incentives.” What are these “incentives,” one might ask the non-expert?

Well, time was up for audience Q&A. Session ended.

Anyone else who’s walked into one of these conversations about climate change in which the panel is stacked with non-experts has encountered the same.

The frustrating thing is that there are legitimate ways to reduce a carbon footprint, but those with the microphone find a good living in simply saying it’s all the fault of oil companies.

Thus, the climate would be fine if we didn’t have oil and gas? Wrong. The unpopular, but correct, answer is one that individuals won’t pay to hear: It’s up to the audience members themselves to change the carbon footprint.

How? For starters, stop bringing home so much stuff, as George Carlin described it in “Stuff.”

But stuff’s made up of stuff. And we all need stuff. But does stuff have to be made up of so much stuff?

I found myself a few years ago rinsing out (well, trying to rinse out) a shampoo bottle to put it into the recycling bin. I had accidentally glanced at the recycling rules for the first time in a long while, and it seems things should be rinsed out. Okay, let’s do this right, I thought.

It seemed impossible. How much clean water (that required a lot of energy to clean up and put into the faucet) was I wasting? I quit.

A few weeks later, I was talking to Mark Mills with the Manhattan Institute about something else and took the opportunity to add, “Mark, I’m wondering about whether my recycling is really just adding to the carbon footprint.”

I told him about the rinsing conundrum. Mills answered that, yes, most recycling as the process exists today is wasteful. “The only thing in the bin that’s worth recycling is metal,” he said.

Aha! I was correct in my thinking that what I’d really like to see is shampoo in something more like a Go-GURT package. Background: I have “tiny home problems.” How to maintain 735 sq ft of livable space, complete with office, fitness area, oversized chaise (for the dog, sometimes for humans), second bedroom (inside the couch), art studio (inside the chest that is more seating) and (a trying to be) Michelin-quality kitchen?

The answer: If something extra is brought home, something’s got to go.

Something extra is half of the half-empty box of cereal. Can’t this be vacuum-packed and sold as a brick? The Tostitos too?

Maybe not. Maybe so. I’m no packaging expert. But it amazes me that an entire supermarket aisle is greeting cards, all of them cozy in air-conditioned comfort.

I wonder if reducing the carbon footprint can start with the consumer who asks that public policy “encourage” manufacturers to make their products smaller. Would there be fewer supermarket aisles if the laundry detergent is in a squeeze bottle?

I wanted to ask this of the panel, but time was up. I complained about it while in the queue to enter the next panel discussion to another attendee. He happened to be a geologist, who noted that geologists know well that Earth’s climate has changed numerous times in history—as demonstrated by core samples—even prior to the existence of humans.

We were both glad to find “friendlies” among the crowd. I added that, without this warming cycle, we wouldn’t be able to feed 7 billion people. “Yes,” he said.

The uninformed think that oil and gas producers want waste. That greater oil and gas waste is the only source of demand growth, thus sustained prices.

Rather, thoughtful use of oil and gas among first world countries creates the opportunity for third world countries’ populations to participate in the quality of life that the rest of the world enjoys.

And another thing: These climate discussions are tired. For decades now, they’re steeped in whining and lacking truth. The truth: hydrocarbons enable conservation.

How to get a real climate conversation started: include hydrocarbon experts who will explain this.

US Natural Gas Output, Demand to Rise in 2022: EIA 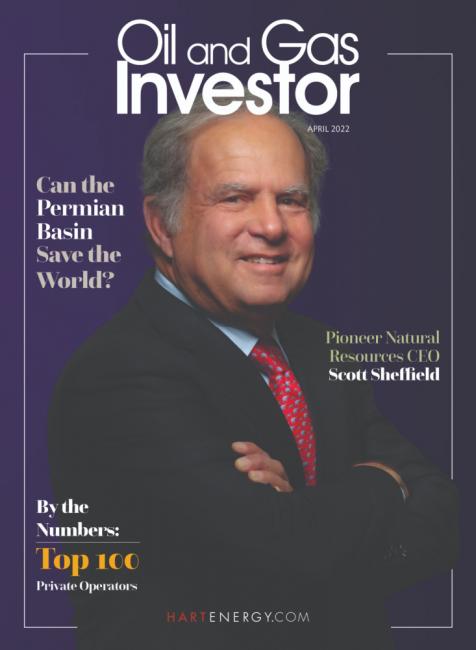