Energy Transfer LP made a commercial—and ran it during a football game.

A redditor, MyPublicFace, posted during the Sunday Night game Dec. 19, “This [bad word] commercial that ran during a U.S. football game today. Apparently, if we don’t support oil and gas … the football, your football jersey and even your beer glass will turn TO DUST!!!”

(Note: The redditor might be a Bucs fan. At the time of the post, the Saints had just picked up a rare Tom Brady fumble; the game ended Saints, 9, Bucs, 0. Also, MyPublicFace seems unfriendly normally, having zero awarder karma and only 93 awardee karma.)

It gets more ridiculous. The post (and replies too, all concurring, of course) were at subreddit LateStageCapitalism (LSC). The LSC auto-bot posted, “Please remember that LSC is a SAFE SPACE for socialist discussion. LSC is run by communists.”

Energy Transfer ran the ad, published Nov. 24, at YouTube, again during the College Football Playoff National Championship game on Jan. 10. (Congrats to everyone who took the Under.)

Capitalist and longtime energy analyst Dan Pickering tweeted: “Energy Transfer ballin’ hard with the ‘what if we didn’t have oil and gas’ halftime commercial [in] the Bama/Georgia game. Will any skeptics be converted?”

Some followers suggested a pro-energy ad is wasted on a football game. SuitedUpWook wrote, “Not many football lovers want to end oil and gas.”

Energy Transfer’s YouTube post of the ad had more than 15,000 views by Jan. 12. It posted it with comments off.

At Twitter, it’s had more than 42,000 views. There, comments were on. Most were disparaging of hydrocarbons, of course.

Then there’s Bob Loves Hawaii: “Great commercial. Now show people starving because, without natural gas, there is famine. Oh and most will freeze to death in northern climes.”

Bob’s correct, but does he know that? It’s often hard to tell on social media whether someone is smart, accidentally smart, cunningly daft or just daft.

Bob is (well, he says he is) a “semi-retired executive from the financial software industry. Now pursuing my three secular passions: Hawaii, trading and solar energy. Proud USMC Officer.”

He’s a U.S. Marine, so he likely knows exactly what he’s doing. A look at his timeline also suggests he meant the tweet exactly as it was written.

The story: On Christmas Eve, Alex Epstein, author of “The Moral Case for Fossil Fuels,” posted, “At recent day-ahead, electricity prices in Germany, it would cost $500 to charge your Tesla. (1 MWh = 10 Tesla charges.) Remember this when you are told that it’s ‘cheap’ to cut fossil fuel production, shut down nuclear plants and rely on solar and wind.”

A reply: “When it becomes cheaper to buy a … generator and run gasoline through it to recharge your EV than it is to charge it at a home or remote charging station, we will be long past a tipping point.”

Then Bob chimed in: “Coming to California and the Northeast, very soon.”

Coming soon to California, perhaps, is a solar tax led by the governor to which Elon Musk tweeted, “Bizarre anti-environment move by … California.”

Meanwhile, in the Northeast, the latest is the New York governor’s push to ban fossil fuels in new buildings; instead, new construction should use “electricity.” SMH.

Energy Transfer’s ad’s point was “What if the products we rely on just disappeared? From the clothes you wear to the products in your hair, our modern lifestyle would look very different without petroleum products.”

Tweeters, redditors and others quickly moved on. It seems that the content more upsetting about the championship game was another ad—or was the ad the half-time show?—that is simply a Katy Perry music video.

The new tune was born tired. But the setting appears to be a rocket-manufacturing plant adjacent to a gas-processing plant.

Another: “[In] the Super Bowl, at least [the half-time show’s] live no matter that the performers suck. At least they suck ‘live.’”

Bringing us back to Pickering’s tweet, where he asked if anyone had been converted by the Energy Transfer ad to appreciating oil and gas.

MacroIsMicro replied, “I was, especially after the odd Katy Perry video.” 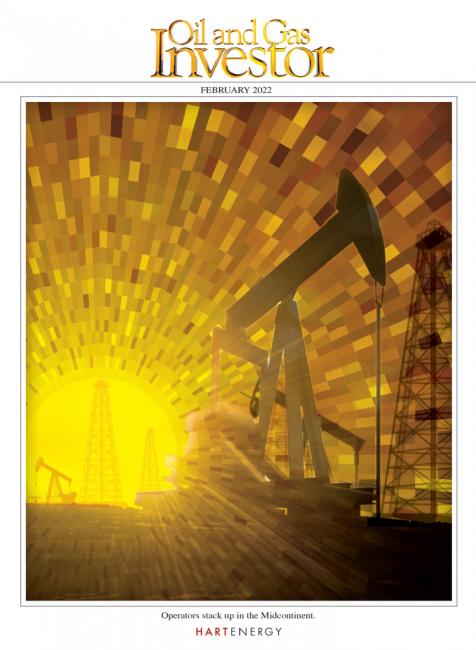