[Editor's note: A version of this story appears in the August 2021 issue of Oil and Gas Investor magazine. Subscribe to the magazine here.]

And, overall, prompt-month prices grew to above $3 and to as much as nearly $4 for all months heading into next May. (2020 is excluded in comparisons because, well, 2020.)

A “heat dome” over the Pacific Northwest had raised alarms that may have prompted some of the June 29 pricing.

The gas rig count was 97, according to a J.P. Morgan report published June 25. U.S. gas demand was about 88 Bcf/d at the time, including exports that averaged about 18 Bcf/d that week.

Production was about 92 Bcf/d. But gas in storage was about 530 Bcf less than a year earlier—18% less.

In the past decade, shoulder-month prices have been as much as 50% or more less than winter pricing. Is 2021 just a one-year anomaly? Or are enormous, seasonal variations in natgas pricing diminished forever as the new 24/7 baseload of up to as much as 20 Bcf/d at times in LNG and Mexico exports soften the U.S. winter-heating blow?

Rob Turnham, president of Haynesville Shale producer Goodrich Petroleum Corp., said the variance might be narrower going forward. “The supply/demand balance is tight right now. A lot is in play into the next six months.”

Among them is that the U.S. ended this past winter with a deep freeze settling across much of the Lower 48 and entered this summer hotter than usual.

The combination “means we could enter withdrawal season at a much lower storage number,” he said, “which will set up winter and the back of the curve should move higher.”

What happens after February remains a question mark. But, “if the weather plays out and producers remain disciplined, we expect to go into contango,” he said.

But “I don’t think there will be a shift from the shoulder seasons,” he added. “Demand is, and is likely to remain, largely weather driven.”

Instead, “I think this has more to do with a repricing of the long-term prospects of natural gas.”

The repricing of all months’ contracts is likely derived from more emphasis on the increased role gas will play in global efforts to limit CO₂ emissions. “With the success of Tesla and many of the U.S. car manufacturers announcing EV fleet plans, we would essentially be exchanging transport fuel from oil to natural gas,” Hart said.

“I think this has led to the recent price response.”

He noted there is still some seasonality to gas exports—both in LNG demand and in demand in Mexico. The latter “is even more likely to remain so due to lack of storage in the country.”

U.S. gas storage is a matter of among traders’ concern too, said Ben Sutton, CEO of gas-trading firm Six One Commodities.

“The North American market has grown enormously over the past decade. Meanwhile storage capacity in the U.S. has barely changed— and even has shrunk slightly in some regions,” he said.

“On an even larger scale,” Sutton said, “LNG exporters can use the U.S. market generally— and U.S. storage particularly—to flex gas back and forth as their balancing needs require.”

An example was during 2020 when Asian demand for LNG plummeted. That “left more than 800 Bcf of potential exports in the U.S. The North American market stored those would-be exports or diverted them to things like power generation.

“This flexibility will continue to be utilized as the global market requires it.”

A thesis at Six One is that, while the U.S. is exporting gas, “we are importing market volatility from the entire globe. Storage assets help to balance the market.

“Therefore, we see existing assets appreciating in value and could see emergent business cases to create more capacity,” he said.

Eugene Kim, research director, Americas gas research, for Wood Mackenzie, said, “I don’t think there is a paradigm shift in the gas-price seasonality as Mother Weather can still swamp exports.”

“But [it’s] also an artifact of the tremendous supply growth we have seen in the past still weighing down the gas market and the gas sensitivity backing out coal-to-gas displacement.”

“More telling is the widening [Spring 2022] spread as storage seems ample heading into this winter but not so much exiting it,” Kim said.

What happens next spring? The push to greener fuels is a growing factor in gas futures. Gas demand will rise as more coal-fired powergen is displaced by gas in Asia, in WoodMac’s “accelerated energy transition” (AET) model.

Also, “large-scale development of CCS/CCUS in the industrial and power sector supports gas, while the deployment of blue hydrogen is a gas growth segment,” reported Massimo DiOdoardo, vice president, global gas and LNG, for WoodMac.

“I don’t think there is a paradigm shift in the gas-price seasonality as Mother Weather can still swamp exports.” —Eugene Kim, Wood Mackenzie

To satiate gas demand, gas producers will need to make more of it, Di-Odoardo said.

And, “as oil [demand, thus] prices, declines, gas will eventually trade at a premium to oil … accelerating the shift of capital investment toward the sector.”

WoodMac’s view has Henry Hub gas trading at between $3 and $4 going forward.

“It is not until after 2040, when global gas demand begins to ease, that Henry Hub and LNG prices start softening due to increased competition of supply,” Di-Odoardo forecasts.

Sutton at Six One Commodities said demand abroad for U.S. gas will continue to grow. “The U.S. is the only global exporter that has a well-developed market behind the export points, including ample storage capacity,” he said.

“This new reality erodes the more traditional ‘shoulder’ vs. ‘peak’ demand periods as we have known them—because peaks and troughs in the U.S. domestic market can be offset or even enhanced by market forces in far-flung places.

“It is an exciting time to be in this business.”

The buyers have come

In 2009, Aubrey McClendon called Charif Souki. “You need to turn it around,” the late shale gas producer told the former LNG importer. Souki’s Sabine Pass LNG import facility on the Louisiana coast was nearing completion after more than 10 years in development.

When the work had begun, the U.S. was running out of gas. In the years that passed, the Barnett, Fayetteville, Marcellus and Haynesville happened.

By April of 2012, the Nymex price fell below $2. There was more gas than demand. Demand needed to grow. “You need to turn it around,” McClendon told Souki.

An import plant in Freeport, Texas, was turned around and ships more than 2 Bcf/d. Other liquefaction capacity is online at four other U.S. coastal terminals. And buildout continues on the Gulf Coast.

Natural gas suppliers built it; the buyers have come. 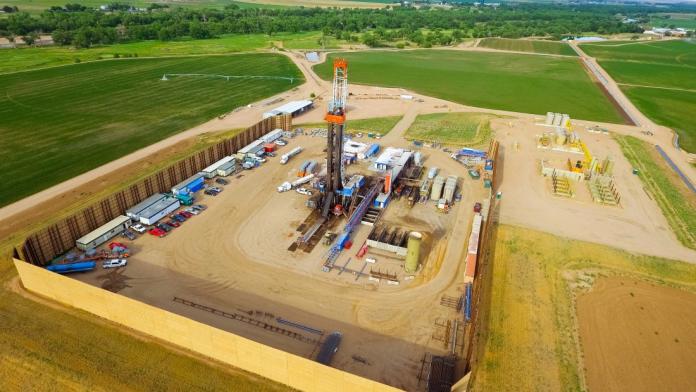