Barclays analyst Jeannie Wai asks, “Could the privates ruin it for everyone?”

She’s not the only one asking.

Coming off of year-end 2020 reports, public E&Ps dusted themselves off from the road grime of last year and offered their go-forward plans for the new journey that is 2021. Almost in unison they promised capital discipline well within internally generated cash flows and muted growth aspirations to mitigate any risk of oversupply as happened in recent years. Those sworn covenants were repentance to jilted investors and regardless of improvements in commodity pricing.

Private E&Ps, though, are not beholden to such promises.

“The consensus view is that this group is less disciplined than their public peers as they are not subject to the same scrutiny/accountability by the market,” said Wai in an April research note. “Thus, the fear is that privates could accelerate production growth during the current goldilocks period of constructive oil prices and lower costs, despite oil prices being artificially supported by millions of barrels a day of production being temporarily held back from the market via OPEC+ curtailments.”

With WTI steady near $60/bbl, will privates ramp up rigs enough to tamp down prices?

On the question of ramping up, Wai thinks the temptation for privates to take advantage of near-term cash flow while publics hold steady is too much to resist. “Thus we think the risk for private oil production is skewed to the upside.”

Simmons Energy sell-side analyst Mark Lear concurs. In a March report, he said, “As we feel confident that the public E&Ps will maintain capital discipline to attract investors back to the sector, private E&Ps have undoubtedly become the ‘wildcard’ in the oil market.”

Since April of last year, when the rig count reached historic lows, rigs from public E&Ps have increased by 61%, per Barclays. Privates are up 274%. Private operators currently comprise 43% of the horizontal U.S. land rig count, compared to 29% a year ago, and accounted for one-third of overall U.S. tight oil production in 2020.

Northland Capital Markets analyst Subash Chandra observed in a March research note that private operators such as DoublePoint Energy LLC and Mewbourne Oil Co. are running more rigs than Chevron Corp. and Exxon Mobil Corp. in the Permian Basin. “Private E&Ps could drive the rig count higher than we expected,” he alerted. Private drillers were on pace to spend some $3 billion in the first quarter this year, he said, citing data from industry data provider Lium. (Editor’s note: DoublePoint Energy was acquired by Pioneer Natural Resources Co. in a transaction, which closed May 4.)

Barclays postulated that while private operators are more price sensitive than their public peers, they are also not completely immune from the call for capital discipline from investors. Thus, the analysts estimated private companies would hold to an 85% reinvestment rate of capital going forward, much lower than their pre-2020 150% average rate. That is still more than the 60% reinvestment target the bank expects the publics to hold to.

Based on that estimate, Barclays forecasts private operators could boost U.S. supply by about 500,000 bbl/d at 2021 exit. One caveat: If pent-up demand outpaces the bank’s projections, “prices could exceed our forecast and drive a stronger response from privates. On the other hand, if the privates reinvest at a higher rate, there could be upside to our supply forecasts, all else being equal.”

Given the run in the forward oil curve year-to-date, much like their public counterparts, private E&Ps have the cash flow capacity to operate at significantly higher levels of activity, Simmons’ Lear said. However, “With a large number of bankruptcies in 2020, banks looking to reduce upstream lending exposure and reduced operating capacity, we would not expect private operators to rapidly get back to pre-pandemic operating levels, but wouldn’t be surprised to see the private rig count ultimately push toward 200 horizontal oil rigs.”

Yet 200 privately deployed oil rigs is about the same as were running in 2019, and about 30 fewer on average than in 2018, according to Simmons’ data. So still a bit under par from recent years. In March, the privates were running 120 oil rigs.

“We concluded that privates alone would not be able to push U.S. onshore supply back toward pre-pandemic levels of 10.6 MMbbl/d by year-end 2022 and, as a result, don’t anticipate a U.S. supply response will have a negative impact on the duration of the recovery cycle.”

Privates, you are free to drill.

It’s been too long since we’ve seen each other, so we’re gathering the gang back together. Join Hart Energy Conferences live, in-person, first at our DUG Haynesville show in Shreveport, La., May 26-27, and then at our Energy Capital Conference in Houston June 2. Just like old times. Go to HartEnergyConferences.com to sign up 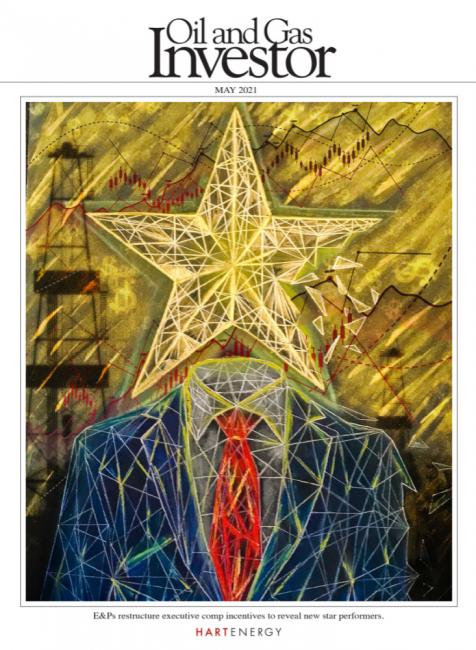