Inflation, that strange phenomena in which too much money results in too few things, has spread into grocery stores, clothing shops and especially energy commodities.

Each area has taken a different path to higher prices, but oil and natural gas prices have surged beyond all other areas in the past 12 months, according to the U.S. Department of Labor Statistics.

Some politicians have labeled this price gouging, despite rising production that’s been unable to keep pace with recovering demand as the planet reopens from the pandemic.

Yet oil and gas companies themselves are fretting over rising prices as they enter 2022. As the industry settles into a recovery based largely on self-restraint, E&Ps are girding themselves against sizable cost increases from pressure pumpers, drillers and other service providers.

The inflation faced by the broader economy pales in comparison. The International Monetary Fund predicts that U.S. inflation will find its trough at about 2% by mid-2022 after peaking at the end of last year.

Oil and gas companies? They’re bracing for price hikes of up to 15% this year.

And while inflation may not inflict a mortal wound to E&P cash flows, there are clear indications it will take a bite out of the returns that industry leaders want as their gold standard.

E&Ps are already looking to squeeze more efficiency out of their operations this year as they brace for double-digit growth in service costs.

For oilfield service companies, the test of their pricing powers is the continued hyper-sensitivity of the commodity market. After Brent crude oil spot prices averaged $81 in November, prices tumbled on news of the pandemic’s most recent variant, Omicron, in much the same way prices stuttered because of the Delta variant.

“Oil and gas activity and upstream spending in U.S. land has been exposed to significant volatility in the last two years,” said Artem Abramov, head of shale research at Rystad Energy.

Underlying the rising costs is a diffuse, but clear tension between public E&Ps that have shown relentless discipline and spendthrift private companies that tore through inventory in 2021. Rystad Energy sees public company’s accelerating activity in 2021.

James K. Wicklund, managing director at Stephens Inc., said oilfield service companies find themselves in a different kind of oil and gas landscape, in which E&Ps are strict adherents of capital discipline.

The normal correlation between rig counts, frac spread, or completions and oil prices has “broken down,” he said.

And commodity prices are expected to cool, which may dampen oil and gas activity. The Energy Information Administration (EIA) projected in November that WTI would fall to $62/bbl in December 2022 from an average $81/bbl in October 2021.

And while the oil and gas industry is preparing to increase spending in 2022, more than half of those outlays will be just to keep pace with escalating oilfield service prices, Rystad said in a Dec. 1 report.

But the largest share of that spending increase will foot higher service costs.

Service price inflation will account for roughly 67% of increased spending, or about $9.2 billion, Rystad said. E&P efficiency gains could claw back about $4.2 billion in savings to offset rising prices.

That sets up potential imbalance between E&Ps and oilfield service companies, with inflation, the result of higher service costs, labor shortages and supply chain delays.

In some respects, oil and gas companies and supermarkets are battling the same foe: the sudden need to deliver after a period of dormancy.

Service companies themselves are facing an unprecedented situation.

“Today, we are turning down business as an industry because there’s a shortage of people,” Wicklund said.

There simply aren’t enough bodies. After years of attrition, service companies have been shrinking or selling off assets or, as in the case of 270 oilfield service companies, filing for bankruptcy in the past six years, according to Haynes and Boone LLP data.

In third-quarter 2020 alone, 27 oilfield service companies filed for bankruptcy, the worst quarter since 26 bankruptcies were filed in second-quarter 2016.

Are those labor shortages “a huge part of inflation? Absolutely,” he said.

However, Wicklund said that OFS inflation is largely keeping up with their own costs, not adding meaningfully to those companies’ margins.

Even companies that are beating, say 10% inflation with a 14% pricing increase are still only netting a 4% price increase.

For oilfield service companies, there is likely to be some incrementally positive pricing improvements this year. And that should eventually result in higher margins for OFS providers.

“But is it going to explode to the upside? That’s the part that’s harder to see.”

For now, service companies seem to be happy not to be “bleeding cash anymore.”

Some companies have seen a rise in tubulars due to scarcity, for instance.

Matador Resources sees itself well-positioned on tubulars due to its relationships with providers. But the company is also eying inflation of 10% to 15% relative, largely driven by pressure pumping, “which is consistent with commentary from other E&Ps,” Daoud said.

Companies such as Ovintiv are counting on their supply chain management and field efficiencies to offset what they expect to be about 5% to 10% of inflation in 2022.

Whiting Petroleum Corp., which plans to keep its activity levels somewhat similar to the previous year, is likely to budget for a 10% hike in capex due to inflation, Cowen said.

Producers and oilfield service companies have both been trying to meet rising costs driven in recent months by the relentless pressure of supply-chain boondoggles even as commodity prices have risen.

Depending on the sector, energy companies have dealt with those delays differently, but it’s clear they are being felt even if they’re difficult to quantify.

Ion Bria, director of energy and industrials at Fitch Ratings, said the Fitch’s coverage portfolio has seen problems but not any major issues that caused oil and gas projects to halt.

“Throughout the year, we’ve heard that sourcing replacement parts became a little bit more difficult as the year progressed,” he said.

Like all other businesses, costs continue to spiral up.

The Federal Reserve Bank of Dallas’ take is an energy sector facing multiple quarters of sharply rising costs. Among oilfield services firms, the index for input costs increased to a record high, an indication of significant cost pressures.

In a survey by the Dallas Fed, only one of the 47 responding oilfield service firms reported lower input costs in the third quarter. Among E&P firms, the index for finding and development costs increased along with lease operating expenses.

Oilfield service companies also said it was taking longer to receive items needed for work. Among oilfield service firms, the Dallas Fed’s index for supplier delivery time increased from 14 in the second quarter to 26.7 in the third, the highest since the survey began in 2016.

In September, the Dallas Fed Energy Survey showed oilfield service costs continuing to increase while input costs—tubulars, as an example—also rose to a record high “indicative of significant cost pressures.”

“It is also taking longer for [oilfield service] companies to receive inputs,” according to the survey.

The index the Dallas Fed uses for measuring delays in deliveries also increased to a record high. Similarly, among E&P firms, the index for supply delivery times more than doubled.

Among companies monitored by Fitch Ratings, businesses have taken mitigation measures, such as additional preventative maintenance more frequently, as well as increasing their inventory of parts and diversified their suppliers.

“It did not get to a point where it got us to be concerned that this will become an even bigger issue going forward, where we would have to start incorporating it in our analysis,” Bria said.

As Wicklund noted, labor is increasingly a concern, according to an oilfield service company surveyed by the Fed.

“Wages are up 20%, and companies are poaching employees from competitors. We are finding it difficult to increase prices to match our increase in costs,” according to the survey.

The rise in spending also isn’t uniform. In the Permian Basin and Haynesville Shale, upstream spending in 2021 increased by roughly 23% to 24% and even higher in the Niobrara, Rystad said. In Appalachia and the Eagle Ford, however, spending was up by 3% to 6%.

However, the Bakken and the Anadarko Basin saw the range of spending decline by 7% to 14% last year.

As the new year begins, Rystad sees the Eagle Ford, Niobrara and Anadarko region outpacing national spending growth as rigs have increased in those regions in 2021.

The Bakken is forecast to increase spending growth by 19% and the Permian by 17%.

Among gas plays, Rystad projects that Appalachia operators will increase spending by 15%, while the Hayneville increases by 10%.

Wicklund said that prices have generated some momentum, but “nobody out there yet is well ahead of inflation on their pricing,” he said.

Not everyone sees oilfield service inflation as a detriment to the industry. Proponents argue that despite higher bills at E&P companies, they have managed the price hikes in stride.

In a September report, Brackett noted that despite no inflection in rigs and frac spreads in second-quarter 2021, oilfield service revenues rose 7% quarter-over-quarter, “suggesting pricing power/inflation.”

While the industry saw higher capex per barrel in the second quarter, cash costs remained in-line with the first quarter.

“So, pressures were felt more on capex rather than opex,” he said. 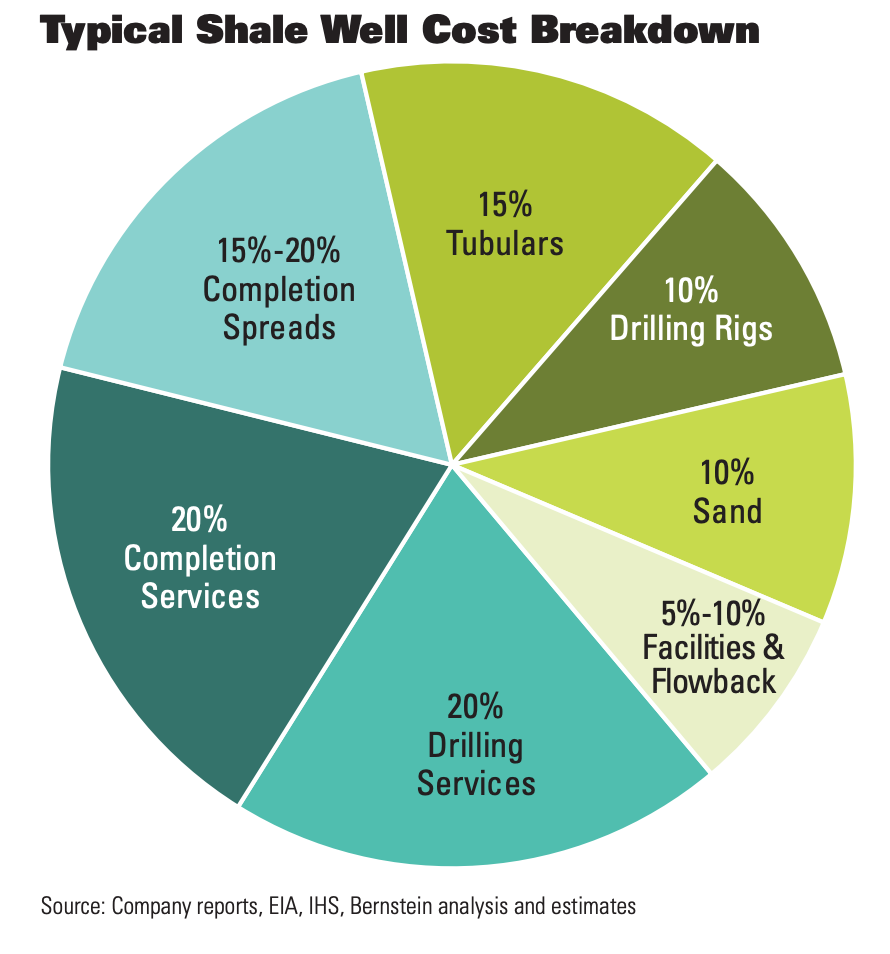 “Because oil price drives oilfield inflation, we are thus fans of inflation; revenue rises faster than cost,” Brackett said. But Wicklund said the end of E&Ps’ days of wild spending will have consequences for oilfield service companies.

Consider 2018, a year in which E&Ps outspent cash flow by roughly 120% compared to current estimates of spending 70% of cash flow—with the remainder either directed to paying down debt or returning cash to shareholders.

Wicklund also said oilfield service companies do have some limited pricing power, but for now, it’s modest. A company that has a preferred drilling crew, for instance, could help increase a day rate by $250 but not on the order of $2,000.

Wicklund said the service industry would do well to follow the model E&Ps have been forced to follow by shareholders, one that places capital discipline and returns first.

Pressure pumpers, for instance, shouldn’t add additional capacity for the next few years until their returns are sustainable.

“But, you know, next year if we start building new rigs and adding frac fleets, we’re just exacerbating the pricing issue,” he said.

“So, you may not get the pricing pressure pumping pricing explosion that we’ve seen in the past. At least, not yet,” he said.

More useful, in his view, were the jolts that caused prices to tumble in November, a reminder of the need for discipline.

“This is where the whole industry gets a lesson. ‘Listen, let’s be careful.’”

2022-03-10 - Chevron Phillips Chemical Co. LP entered a settlement with the Justice Department to resolve allegations that it violated the Clean Air Act and state pollution laws at three of its petrochemical facilities along the Texas Gulf Coast. 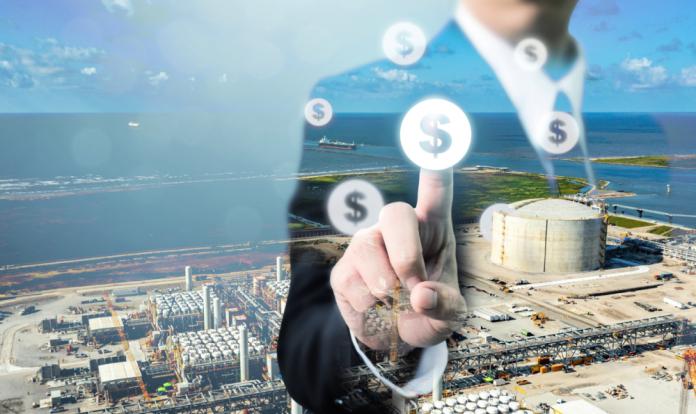 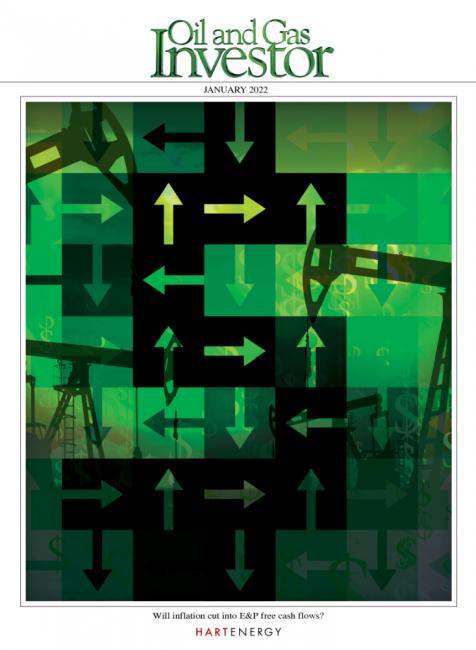