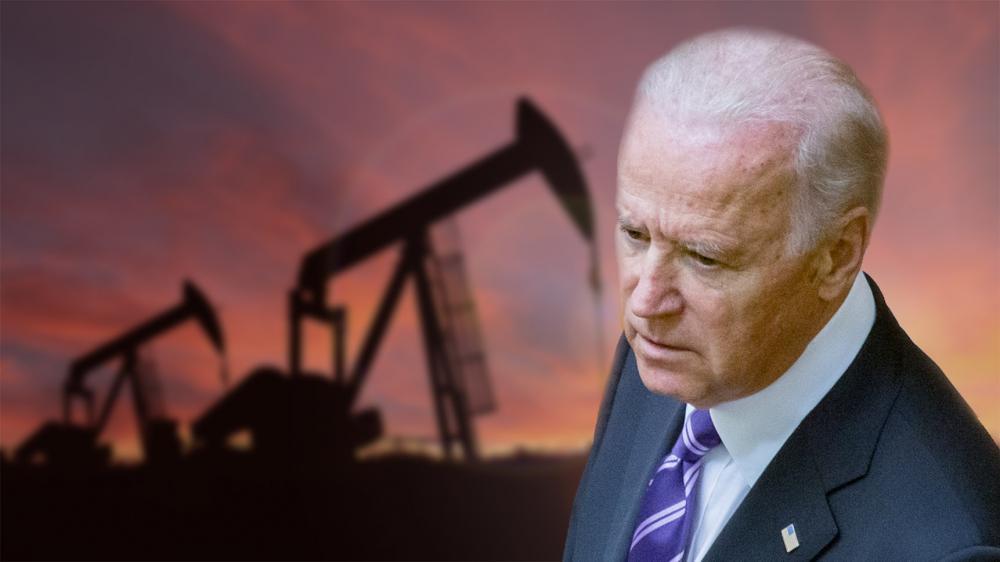 “The administration is claiming they are responding to ‘Putin’s Price Hike at the Pump’—but their planned solution is to target American energy producers with new taxes and fees,” American Exploration and Production Council CEO Anne Bradbury said in a statement. (Source: HartEnergy.com; Sodel Vladyslav, Ronnie Chua/Shutterstock.com)

In an effort to “ease pain at the pump,” President Joe Biden on March 31 said he will call on the Congress to ask U.S. oil and gas drillers to pay penalties on unused federal leases—an action he believes will encourage drillers to pump more.

“Today, President Biden is calling on Congress to make companies pay fees on wells from their leases that they haven’t used in years and on acres of public lands that they are hoarding without producing,” the White House said in a statement.

Daniel Naatz, executive vice president of the Independent Petroleum Association of America (IPAA) called the statements “misleading,” adding that this would be another fee on top of rents that oil and gas companies are already paying.

“Independent oil and natural gas producers do not sit on leases they acquire on onshore and offshore federal lands,” Naatz said in a statement, adding that it is in a company’s best interest to develop the leases they acquire. He added that companies pay rent on federal leases until they are in production with rental rates that escalate over time.

Naatz also pointed out that while the Biden administration wants to make the public believe exploring for oil and natural gas on federal lands is a simple process, “nothing could be further from the truth.”

“Our industry is heavily regulated and there are various factors that cause companies to wait to explore and drill wells,” he said. “Because of the uncertainty of operating on federal lands, companies must build sufficient inventory of permits before rigs can be contracted, they must acquire the proper rights of way and ensure they have the proper pipeline infrastructure to ensure the oil and natural gas can be delivered to markets safely and efficiently.”

Anne Bradbury, CEO of the American Exploration and Production Council, said Americans need “real solutions” to address surging energy prices at a time of record high inflation, and not “finger pointing and politically motivated policies that do nothing to actually lower prices.”

“A punitive fee on federal lands will not incentivize or expedite development,” Bradbury said in a statement.

“The administration is claiming they are responding to ‘Putin’s Price Hike at the Pump’—but their planned solution is to target American energy producers with new taxes and fees, while our industry continues to face increased hurdles and regulatory red tape the Biden administration itself has put in place to restrict domestic production.”

‘Not a national emergency’

In a historic effort to lower gas prices, Biden also announced the release of 180 million barrels of oil from the Strategic Petroleum Reserve (SPR)—another move that drew criticism from industry insiders who said the large withdrawal was unnecessary.

“The price of oil is 45% below its inflation-adjusted high of about $190 in 2008. That’s hardly the kind of emergency one would expect is necessary for such a large withdrawal from strategic reserves,” Doug Sheridian, founder of EnergyPoint Research, told Hart Energy.

“There is no doubt that $4.20 gasoline prices are not pleasant, but do they really represent a national emergency?” David Blackmon, Principal at DB Energy Advisors, questioned in a LinkedIn post.

The administration has “learned nothing from Russia’s war on Ukraine,” Blackmon wrote, adding that Biden’s move diminishing the SPR by another 30% could take the country down the road to “energy subservience.”

Blackmon explained that Putin would have never attacked Ukraine were it not for the “geopolitical leverage” he held over the European continent.

“[Putin] knew that these subservient nations would help fund his war because they would not be able to do without his energy exports or find adequate replacements for them in short order.”

According to Blackmon, Biden’s energy policies could move the U.S. “down the same sorry energy road that Europe has trod in this century.”

“We know where this all ends. We’re seeing it play out in real time in Ukraine right now, today.”

“From canceling Keystone XL to repeatedly suspending the federal leasing program to having FERC hold up and refuse to approve much-needed pipeline infrastructure … this administration has made it very clear that it is pursuing a mission to diminish the energy power status it inherited from the Trump administration,” he said.

2022-10-13 - U.S. refiners have been running at above-average levels for this time of year to boost inventory levels, though they pulled back on activity last week.

2022-11-02 - Analysts remain concerned that the ongoing draw on crude oil is still due to releases from strategic stockpiles—and that inventories of distillate products are not building enough either.