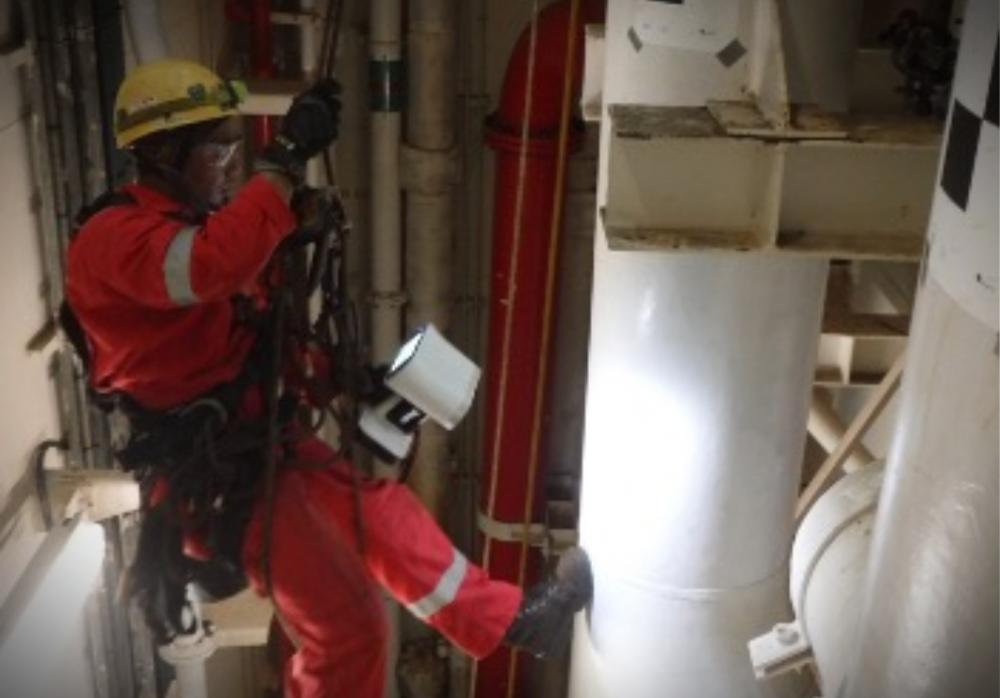 The crew of Singapore-based offshore solutions provider Asian Sealand Offshore & Marine (ASOM) faced a unique and complicated challenge when a pipe started to leak in an offshore vessel. The custom pipe, which the crew had no existing accurate measurements for, was leaking produced water. To make matters worse, the vertical pipe extended 50 feet high and was surrounded by other pipes within an equipment room that measured nearly 100 feet high, 33 feet long and 10 feet wide.

To overcome these hurdles, ASOM enlisted the services of 3D systems provider Shonan Design. Together a plan was worked out utilizing 3D scanning to gather accurate data from the pipe and its surroundings, and then use the measurements to reverse engineer a replacement pipe.

The plan would prove to be a complex, multistep process: train an entire team on how to use 3D scanning technology, carry out numerous scans in an almost entirely vertical setting, extract the necessary measurements and data, and create a new pipe that needed to be an exact replica of the original. Another factor the team needed to consider was that for security reasons, no computers would be allowed into the room. This would make scanning even more challenging, given the length of the pipe and the small area for moving around.

To begin, the team started the 3D scanning process using the Artec Ray, a 3D scanner designed for submillimeter distance precision and is able to scan from distances of up to 360 feet away. To thoroughly scan the entire room, the scanner was set up in nine different locations on the few flat surfaces around the pump room.

“We first started with Artec Ray, a long-range LiDAR scanner, to capture the entire pump room, or as much as possible,” said Shonan Design chief application engineer Lee Siow Hoe. “For the Ray scan, we initially tried to use the Ray scan targets. But we couldn’t place enough of them to properly scan the entire room.”

For targets to be effective, visibility is key and acute angles are discouraged. Fortunately, the team was able to use 3D scanning software to identify geometrical features in the scans, which could be used for alignment and registration instead of manually placed targets.

“No checkerboard or sphere targets were used for the Ray scan registration, only a fully automated geometry registration was used, which simplified the job process,” Lee explained.

In addition to the full long-range scan, a finely detailed, high-quality scan from Artec Leo was also needed—this scan would ‘zoom in’ and capture the details necessary for fabricating the replacement pipe and capture obstructed areas that Ray could not capture.

Given that the pipe is vertical and the layout of the room was tall and narrow, the crew was faced with the issue of having no place to stand while scanning. Instead, two pump room contractors with rope access certifications were trained in scanning and safety, harnessed with lengths of rope, and were soon rappelling down the vertical pipe spool–rope in one hand, scanner in the other.

The job was carried out by two rappelers who had just learned how to scan onsite just three hours prior.

“I was totally new to this field, and project fabrications were at first difficult to understand,” said Arun Muthukrishnan, an ASOM operations manager. “The 3D scanners are fast, and with automated alignment, so it’s easy. The auto-alignment function is good for us, too, if not we’d have to spend more time after scanning.”

The Artec Leo’s touchscreen panel proved to be another helpful feature of 3D scanning, allowing the workers to zoom in and see if everything had been properly captured—and if not, then revisit any areas that the user might have missed. This feature also proved especially useful for first-time users in an unfamiliar setting.

During their three hours of training, the two men practiced on objects that were already lying around. For example, they 3D scanned the staircase and common pipe areas which was crucial for the job to be successful given the challenges posed, according to ASOM director Simon Ng.

“You don’t want your team heading all the way out to the oil rig only to learn that they’ve captured the wrong data,” Ng explained. “You can’t just go back and do it again, it’s not so easy.”

With the data acquired from the scans, the team had everything they needed to reverse engineer the pipe. Superimposing data from the Leo scan over the Ray scan, a final global registration ensured that the Leo data fit perfectly with the Ray data. With the 50-foot pipe scan processed with as much data and detail as possible to ensure a 3D model as close to the original as possible, it was time for the next step: using data from the 3D model to create an accurate 2D isometric drawing.

“We needed to make the scan into a simplified 2D isometric drawing so that those manufacturing the pipe could follow these dimensions to fabricate it,” said Lee. “If we had given them the 3D scan, they wouldn’t have been able to fabricate it.”

Using a pipe feature in Geomagic Design X to find the pipe’s centerline, some modifications were made to the design of the original pipe. For example, the longest section of the pipe is more than 30 feet long, so this section was redesigned into three smaller pipes for ease of transportation and on-site installation. Even with the pipe made from the measurements provided, more checks for accuracy were needed.

There were two scans utilized: a scan of the existing pipe and a scan of the newly manufactured replacement pipe. These two scans needed to match as closely as possible. With satisfactory results, parts were shipped to the offshore vessel for the final replacement job. Ultimately, the process that began in June 2019, and is set to be completed in April 2020, has surpassed the expectations of all involved.

“The combination of the 3D scanners, made a very big difference. We managed to capture a lot of details this way,” said Ng. “If I had to rate the job between one and ten, I’d give it a nine.” 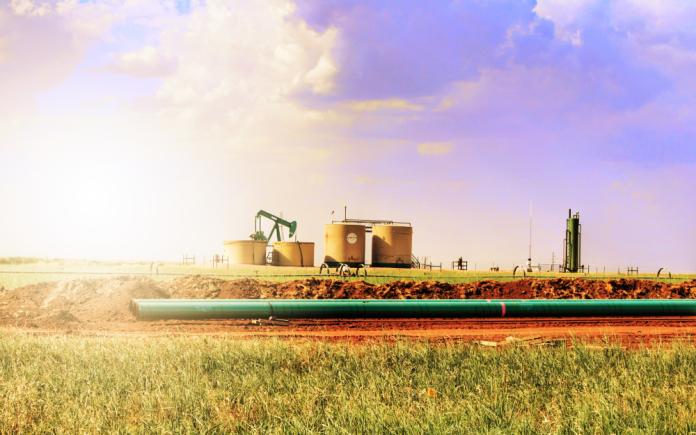 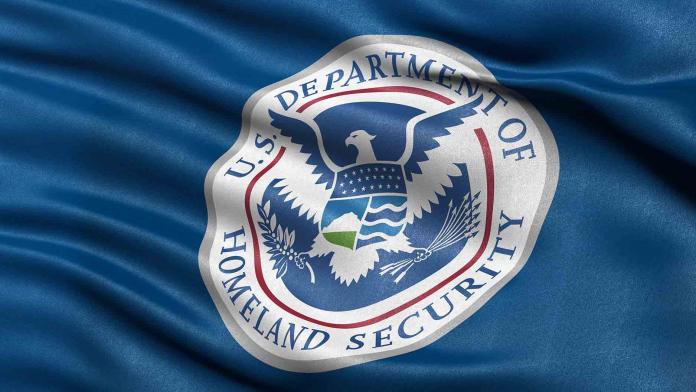 Hack of the Colonial Pipeline showed the importance of cybersecurity to critical pipelines, agency says.

US to Boost Pipeline Cybersecurity in Wake of Colonial Hack

Representative Bennie Thompson, chair of the Homeland Security Committee in the House of Representatives, called the move “a major step in the right direction towards ensuring that pipeline operators are taking cybersecurity seriously.”