Jamaica
A report for Tullow Oil from updated 3-D seismic data by ERC Equipoise Ltd. indicates that the offshore Jamaica Walton-Morant license gross, unrisked mean oil prospective resource is 229 MMboe, an increase of about 10 MMbbl. The survey covered 2,250 sq km (869 sq miles) of recent 3-D seismic data at the Colibri prospect to de-risk highly prospective Cretaceous and Tertiary-aged clastic and carbonate reservoir targets, including Colibri, that have been mapped by Tullow on 2-D seismic
data.

Ireland
Europa Oil & Gas has identified a new prospect in offshore Block LO16/20 in the Slyne Basin that includes the company’s Inishkea Prospect. The Inishkea Prospect is adjacent to the producing Corrib gas field in the Corrib Field petroleum lease area. According to a report, the Inishkea gross, mean, unrisked prospective gas resources are approximately 42.4 Bcm (1.5 Tcf). Site surveying is planned for mid-2019 and includes an exploratory well. Farm-in negotiations are being conducted for three of Europa’s offshore Ireland licenses, including LO16/20 and its Inishkea Prospect.

UK
An offshore U.K. Colter Prospect appraisal well, 98/11a-6, was drilled by Corallian Energy Ltd., and it encountered a 9.4-m (30.8-ft) reservoir interval in the Sherwood Sandstone. The well is an appraisal of 98/11-3, which was originally completed in 1986 within the Colter Prospect. The 98/11a-6 well was drilled to 1,870 m (6,135 ft) on the southern side of the Colter Prospect bounding fault, and it encountered oil and gas at the top of the reservoir. A petrophysical evaluation of LWD data has calculated a net pay of 3 m (10 ft), and similar indications of oil and gas were encountered in the 98/11-1 well within the Colter South fault terrace. Analysis of the new data indicates that the two wells may share a common oil-water contact in the downdip margin of the Colter South prospect. Corallian’s most recent assessment of the Colter South Prospect prior to drilling appraisal had estimated a mean recoverable volume of 15 MMbbl. A sidetrack to 98/11a-6 is planned and will be drilled directionally to a Sherwood Sandstone target within the Colter prospect on the northern side of the bounding fault.

UK
Azinor Catalyst Ltd. has reported an oil discovery at its Agar-Plantain exploration well, 9/14a-17B, in the U.K. sector of the North Sea in Block 9/14a in license P1763. The well and associated sidetrack well delineated the eastern extent of the hydrocarbon discovery. The sidetrack well encountered a 20-m (66-ft) interval of high-quality, oil-bearing sands with no oil-water contact. The original discovery well in the block, 9/14a-15A, encountered a 10-m (33-ft) Eocene Agar zone in high-quality Eocene Frigg sands. Reservoir oil samples have now been recovered to surface, and further analysis will be required to define the recoverable resources. The current recoverable resource estimate is between 15 MMboe and 50 MMboe, The 9/14a-17B well is in the process of being plugged and abandoned.

Norway
Faroe Petroleum has announced the results of the Rungne exploration well 30/6-30 in the Norwegian North Sea. The 3,469-m (11381-ft) well hit a 56-m (184-ft) gross gas/condensate column in the interbedded Middle Jurassic Ness sandstones and 86 m (282 ft) of gross water-bearing reservoir in the primary Oseberg target. No hydrocarbon contact was encountered within Ness. According to the company, the preliminary gas and condensate recoverable volume range for the discovery in the Ness Formation is estimated to be 2.7 MMboe and 17 MMboe, and it is unlikely to be commercial in isolation.

Cyprus
Exxon Mobil announced an offshore Cyprus gas discovery at the Glaucus-1 well, which is in Block 10. It hit a gas-bearing reservoir of about 133 m (436 ft) and was drilled to 4,200 m (13,780 ft) in 2,063 m (6,769 ft) of water. Preliminary interpretation of the well data indicates the discovery has an estimated in-place gas resource of 141.5 Bcm to 226.5 Bcm (5 Tcf to 8 Tcf). Additional analysis and testing are planned. The Glaucus-1 well was the second of a two-well drilling program in Block 10. The first well, Delphyne-1, did not encounter commercial quantities of hydrocarbons.

India
Oil and Natural Gas Corp. has reported two offshore gas discoveries in the Arabian Sea. The GKS091NFA-1 well was drilled in Block GK-OSN-2009/1 in the Kutch offshore region. According to the company, result suggests the play could extend across a large area. Another well in the Western Offshore Basin, B-203-2, flowed 783 bbl of oil and 78,579 cu. m/d (2.775 MMcf/d) of gas from an interval within an early Oligocene Mukta Sandstone. A limestone interval in the Heera Formation also flowed oil and gas. The discovery confirmed a westward extension of the WO-4 plays in the downdip direction.

Australia
Santos Ltd. will drill an offshore Australia exploration well, Roc South 1, in the WA-437-P Permit. The well will be drilled after the nearby Dorado-2 appraisal well is completed. According to the company, Roc South has a similar geological trap structure to Dorado, and Dorado is situated updip of the Roc structure. The joint venture partners are Carnarvon Petroleum (20%) and Santos (80%).

Australia
PTTEP Exploration & Production announced a gas and condensate discovery at the Orchid-1 well, the fi rst exploration well in Permit AC/P54 in the Timor Sea offshore Australia. The well was drilled to 2,925  m (9,596 ft) and encountered gas and condensate with a net pay thickness of approximately 34 m (111.5 ft). The discovery will be incorporated into development planning of the Cash-Maple Field, which contains an estimated resource of 99.1 Bcm (3.5 Tcf) of gas. 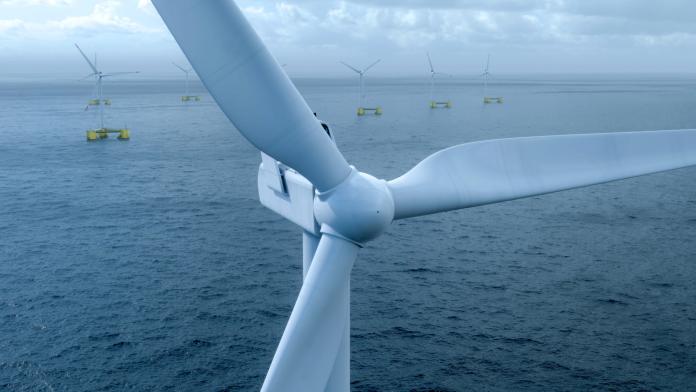 Offshore wind must be digitalized at the outset to reach full potential as popularity grows.

Wood Secures Major US Solar Contracts Worth Over $200 Million

Wood, the global engineering and consulting company, has secured two solar engineering, procurement and construction (EPC) contracts from an American power and energy company worth over $200 million on June 16.

Ardian said the wind farm will be operational in 2021 and is expected to produce in excess of 800 GWh per year.