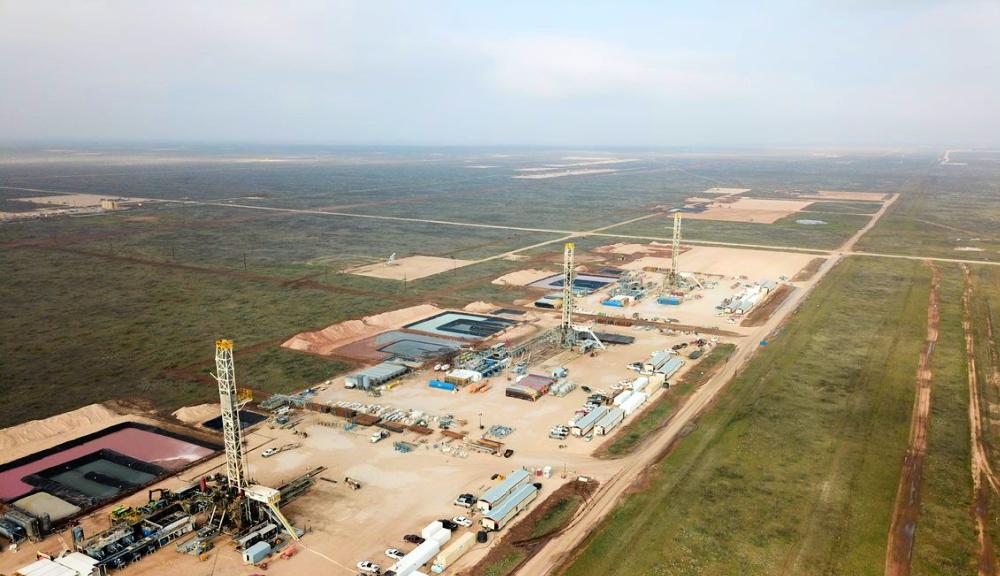 The Ecopetrol JV in the Permian Basin has worked “exceptionally well for both parties, with Oxy benefiting from incremental production and cash flow from the Midland Basin with minimal investment,” Hollub said on Occident Petroleum’s second-quarter earnings call on Aug. 3. (Source: Ecopetrol SA)

Occidental Petroleum Corp. said this week it will extend its joint venture (JV) in the Permian Basin with Colombia’s Ecopetrol SA through the first quarter of 2025, with the Colombian company earning additional interest in the Delaware Basin.

Occidental President and CEO Vicki Hollub said on its second-quarter earnings call on Aug. 3 that the two companies would enhance their JV in the Midland and Delaware basins to encompass 20,000 net acres. The Houston-based independent E&P company also reported a record $4.2 billion in free cash flow for the quarter

The Ecopetrol JV includes 17,000 acres in the Texas Delaware that Hollub said would utilize Occidental’s infrastructure. In the Midland Basin, “Oxy will benefit from the opportunity to continue development with an extension to the capital carry through the end of this agreement in the first quarter of 2025.”

The JV has worked “exceptionally well for both parties, with Oxy benefiting from incremental production and cash flow from the Midland Basin with minimal investment,” she said. “We are fortunate to collaborate with a partner who has extensive expertise and with whom we share a long-term vision.”

In the Delaware Basin, Occidental has the option to bring forward the development of high-quality acreage that was planned further out in its development plans, while benefiting from an additional capital carry of up to 75%. In exchange for the carried capital, Ecopetrol will earn a percentage of the working interest in the JV asset.

The initial JV, which was announced in July 2019, was valued at up to $1.5 billion. By September 2020, despite a severe downturn in commodity prices at the time, Ecopetrol planned to drill a total of 100 Permian Basin wells by the end of 2021.

Overall, Occidental’s earnings were viewed as positive by analysts, who noted record free cash flow of $4.18 billion. Hollub said the company remains focused on reducing debt before increasing cash that to shareholders.

“At the beginning of this year, we established a near-term goal of repaying an additional $5 billion of debt, before further increasing the amount of cash allocated to shareholder returns,” she said. “The debt we completed in May brought the total debt repaid this year to over $8 billion, surpassing our target at a quicker pace than we had originally anticipated.”

Year-to-date, Occidental has repaid about $8.1 billion of its debt, including $4.8 billion in the second quarter, exceeding near-term goals of repaying $5 billion in principal this year.

John Freeman, an analyst at Raymond James, said that, as of Aug. 1, Occidental had repurchased more than 18 million shares for about $1.18 billion. The company also paid down nearly $5 billion in debt, bringing its net debt below $20 billion as it closes in on its target.

Goldman Sachs analyst Neil Mehta said that Occidental’s cash flow missed its expectations but reported capex of $972 million for the second quarter, which was below its estimate of $1.16 billion.

“Given the company has accomplished its near-term net debt targets, the focus for the company is now on incremental capital returns consideration (~$1.1 billion of $3 billion in share repurchase program has been deployed YTD),” he said. “In the medium-term, OXY plans to reduce its gross debt to the “high-teens” in order to achieve investment grade credit ratings.”

David Deckelbaum, an analyst at Cowen, said that overall Occidental is a “unique standout amongst E&P names in 2Q22 as capex was left unchanged.”

“We see OXY in an improved position as a strong commodity environment lifts cash flows and leverage comes down. We see OXY accumulating FCF as it pursues disciplined growth, returns cash to shareholders, and continues to de-lever,” Deckelbaum said.

He noted that Occidental’s low carbon venture will also become increasingly important to the “OXY story” as time goes on.