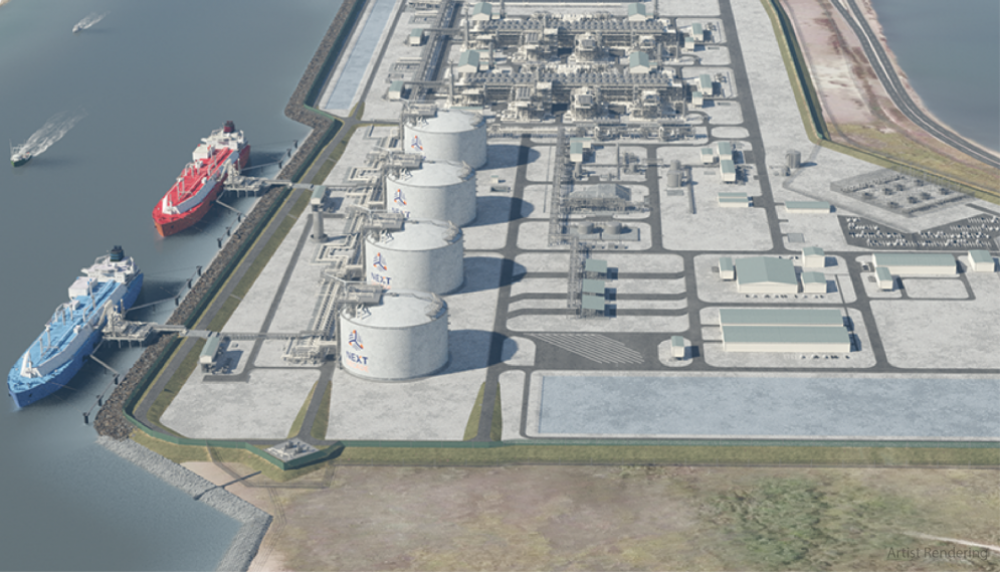 Illustration of NextDecade’s planned Rio Grande LNG project to be located in the Port of Brownsville in South Texas. Rio Grande LNG is expected to be the “largest and greenest” U.S. LNG export facility. (Source: NextDecade Corp.)

A venture backed by U.S. oil and gas producer Occidental Petroleum Corp. is set to build a new sequestration hub in South Texas to handle the CO₂ captured from what is expected to be the “largest and greenest” U.S. LNG export facility.

“Signing this agreement is an important milestone in scaling up OLCV’s pure sequestration business and providing services to help others achieve their net-zero goals,” Richard Jackson, Occidental’s president of operations, U.S. onshore resources and carbon management, said in a statement.

Located in the Port of Brownsville, Rio Grande LNG is expected to be the largest and greenest U.S. LNG export solution linking Permian Basin and Eagle Ford Shale natural gas to the global LNG market, according to the joint release.

Earlier this month, NextDecade announced the formation of NEXT Carbon Solutions, a wholly owned subsidiary that is expected to—among other things—develop one of the largest carbon capture and storage (CCS) projects in North America at Rio Grande LNG. NEXT Carbon Solutions’ CCS project at Rio Grande LNG is expected to enable the capture and permanent geologic storage of more than five million tonnes of CO₂ per year.

“The CO₂ sequestration facility proposed for South Texas is a great example of the many sequestration hubs that OLCV plans to develop across the United States, and eventually around the globe,” Jackson added in his statement.

Under the terms of the agreement, OLCV will offtake and transport CO₂ from the Rio Grande LNG project and permanently sequester it in an underground geologic formation in the Rio Grande Valley, pursuant to a CO₂ offtake agreement and a sequestration and monitoring agreement to be negotiated by the parties.

“We are pleased to be working with OLCV to design, construct, and operate a CO₂ pipeline and permanent storage facility in South Texas,” Matt Schatzman, NextDecade’s chairman and CEO, said in a statement in the March 25 release.

“OLCV’s expertise and reliability complement the transformative and impactful contributions our NEXT Carbon Solutions business is making to the global energy industry, and in particular the proprietary processes we are advancing to lower the cost of utilizing CCS technology,” Schatzman continued.

NextDecade anticipates achieving final investment decision (FID) on a minimum of two trains at Rio Grande LNG in 2021. A FID on NEXT Carbon Solutions’ CCS project is also expected soon after FID at Rio Grande LNG, the release said.