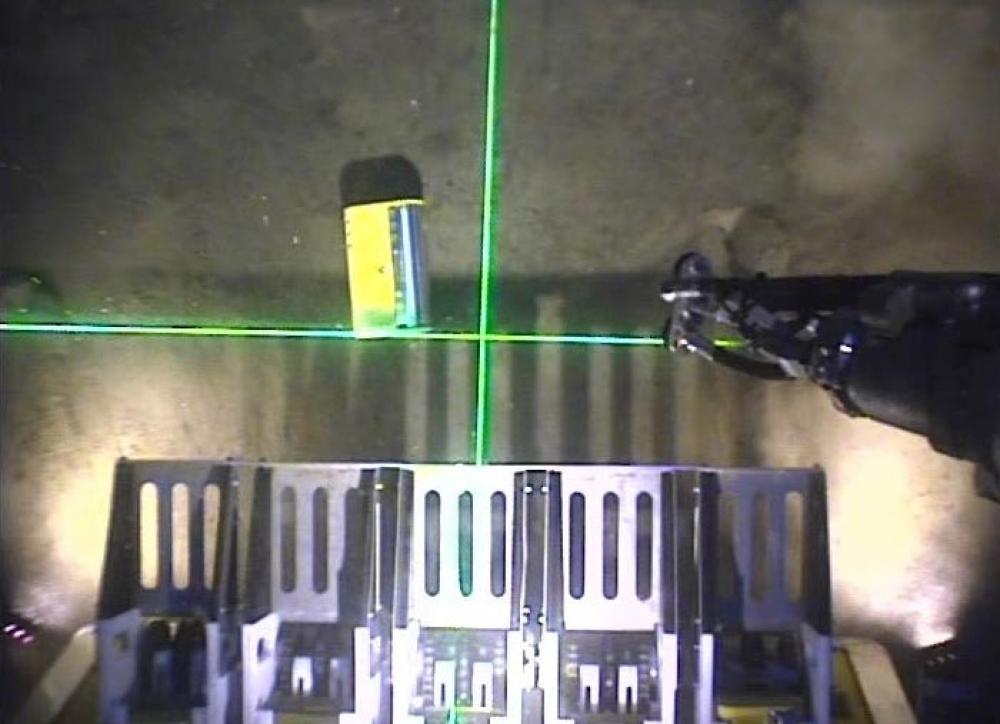 OBNs are shown at the seabottom by an ROV camera. (Source: Magseis)

Years ago marine 3-D seismic data acquisition and processing was laborious and expensive but was deemed well worth the cost as it greatly reduced drilling risks. Since then, technological advances in towed streamer technology, vessel design, positioning systems, computer power and software have all combined to dramatically reduce the cost so that the collection of 3-D data is a routine part of the E&P cycle.

However, use of the highly cost-effective towed streamers technique is not always suitable or possible. For example, there are certain settings that cannot be imaged with sufficient resolution using towed arrays of sensors, such as those with complex geological structures, gas clouds or salt. To collect the data in these scenarios, multisensor ocean-bottom cable (OBC) systems were developed. Although they provided superior images, the additional cost of acquisition meant they were only used when absolutely necessary.

The OBC technique had its own limitations, particularly in highly obstructed areas. So in more recent times, autonomous ocean-bottom node (OBN) systems have been designed that allow large numbers of sensors to be placed anywhere on the seabed. What these autonomous units lack in real-time data transmission was more than compensated for by their deployment flexibility and data quality.

An OBN system potentially provides the best chance of acquiring the highest quality seismic data given its direct coupling with the seabed, its use of multiple sensors and the complete freedom to place them in any location. Historically, however, all ocean-bottom systems have suffered from slow deployment and recovery. Although, in the case of OBN, the absence of a cable provides greater flexibility and it also poses significant technical challenges related to system endurance (power usage), data storage, data quality control (QC) and timing synchronization between the nodes. Why, then, has OBN use over the last 10 years increased, and why is it predicted to double in the next three to four years?

Significant engineering attention over the last decade has addressed many of the technical issues. Advances in battery technology, for example, have allowed some OBN units to record continuously for up to 150 days before they need recharging. This allows far more flexibility in survey design and improves operational efficiency.

Nodes are usually deployed, positioned and recovered in deep water by ROVs. Although ROV operations are slow, they enable the nodes to be placed reliably and accurately. ROVs also can be used to help synchronize the crystal oven clocks used in some types of nodes.

Configuration and health data from each individual node are broadcast to the deployment vessel, allowing real-time QC of the node and thereby facilitating its immediate replacement if it is not operating correctly after deployment. Information relating to data storage and battery life can also be transmitted, allowing further useful real-time QC and subsequent corrective action.

Technically, OBNs have reached the stage where they are widely accepted as able to provide reliable high-quality seismic data. These technical advances have all helped in the overall efficiency of OBN acquisition, and together with the fact that larger numbers of units are being manufactured, the unit costs have been reduced and will likely continue to come down. However, the main aspect of an OBN operation that impacts the overall efficiency and hence the overall cost of a survey is the method of deployment and recovery. 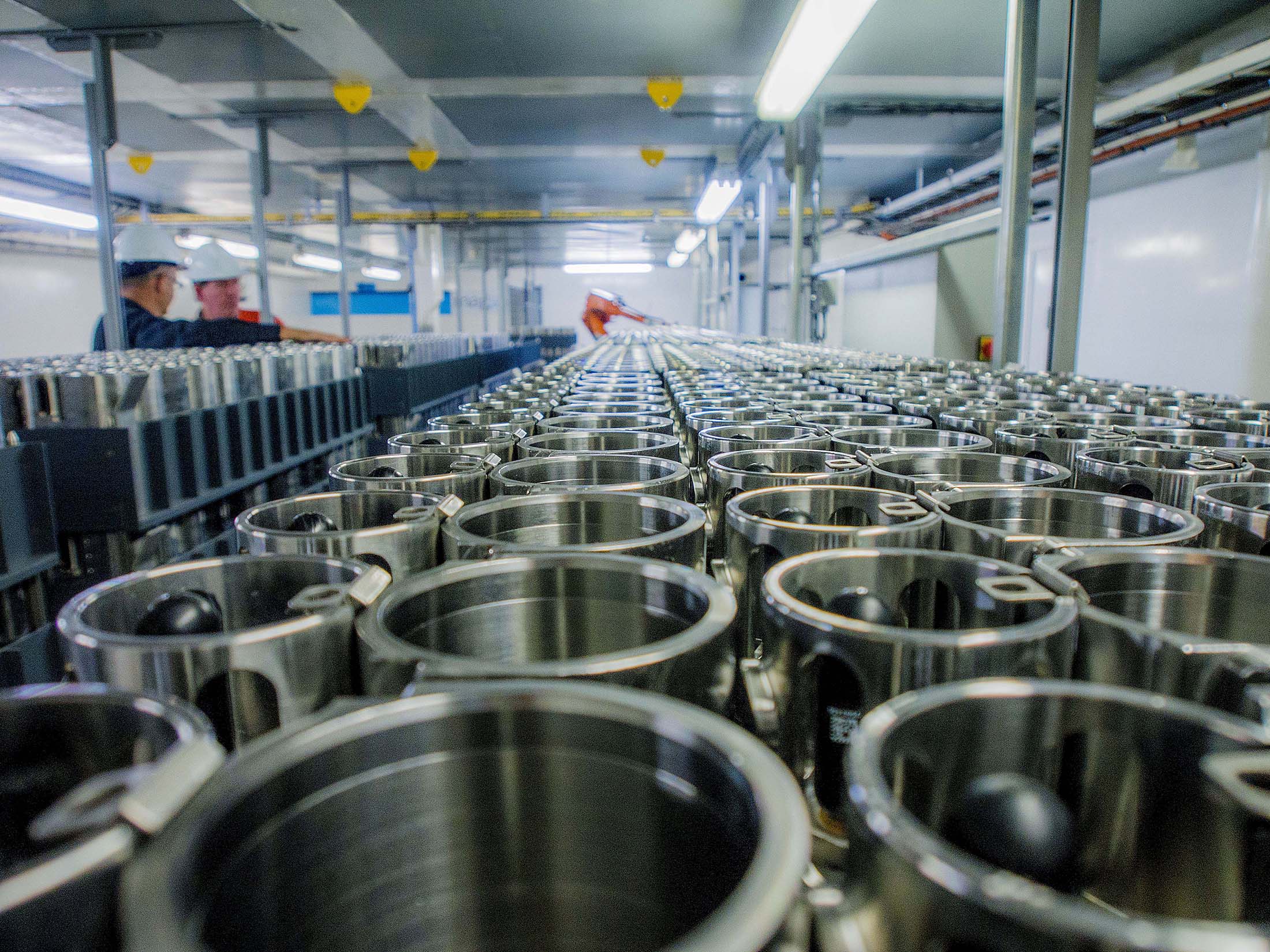 Most suppliers have designed their nodes to be attached to a passive cable or rope. This so-called “node on a string” technique offers some considerable advantages. A thin steel wire (or fiber rope) is deployed from the deployment vessel and the autonomous nodes attached to the wire, which is then “snaked” from the vessel down to the seabed to form a continuous loop of parallel receiver lines.

This type of deployment, at speeds of up to 6 knots, make the node-on-a-string technique a relatively efficient operation compared to OBC or ROV-laid nodes. This, in turn, is bringing down the cost of OBN and helping to fuel its recent and future predicted growth.

A recent survey indicated that if suppliers can reduce the cost of an OBN survey so that it is just 50% more expensive than a towed streamer survey, then companies will gladly pay for the greater flexibility and higher data quality.

So is the industry there yet with the quality being delivered by node technology? It seems that clients clearly recognize the quality of node data, so now it is a question of getting the cost right. But the industry also needs to focus more on selling innovative solutions to its clients to de-risk their activities and less on the technologies and surveys themselves.

OBN suppliers have worked hard to increase productivity over recent years. But further significant increases in deployment recovery speeds can be realized. The industry has been improving deployment speeds with the node-ona- string technique over the last five years, and it can now optimize the deployment approach to each individual survey. Though ROV operations benefit greatly from having such a small node to handle, both standard ROVs and higher speed survey ROVs are not ideally suited to node deployment. There is an opportunity for a fit-for-purpose node ROV to further increase productivity. There also are opportunities for working with clients at the survey design stage so only the appropriate amount of equipment is deployed for a specific survey to increase productivity.

And there are market developments in the life-of-field sector. Life-of-field is a generally growing market. ROVs can very accurately position nodes for repeat surveys, and clients do not have the large upfront capex of a permanent system. They are also not faced with high maintenance costs, the risks of failure or the fact that they are stuck with ever-aging technology.

The entry barrier to this sector has always been high, so it is unlikely that any new competitors will come to market. Of course, there may be opportunities for those whose model would be to lease equipment on the spot market. But there will always be a need for innovative technology companies.

The market will continue to grow. The estimated $1 billion 2018 ocean-bottom seismic market will continue to flourish as it takes further market share from the towed streamer and reservoir monitoring sectors. Great opportunities for more extensive surveys using much larger amounts of equipment exist. The future is very optimistic. 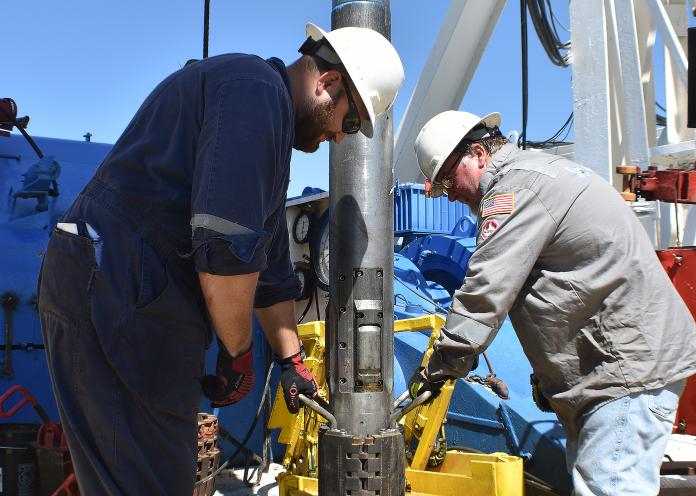 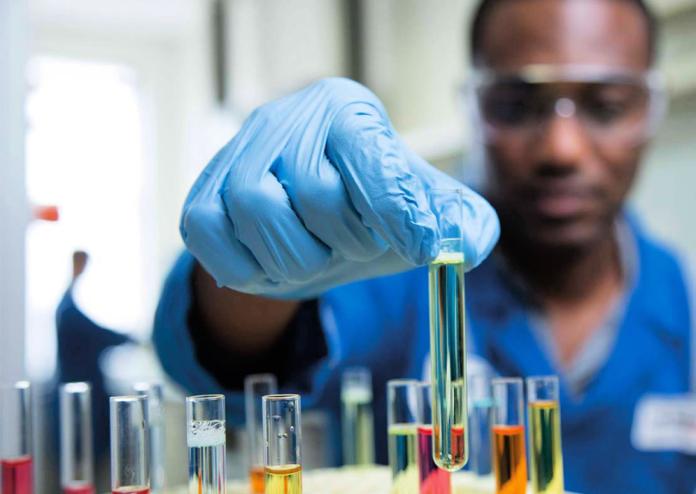