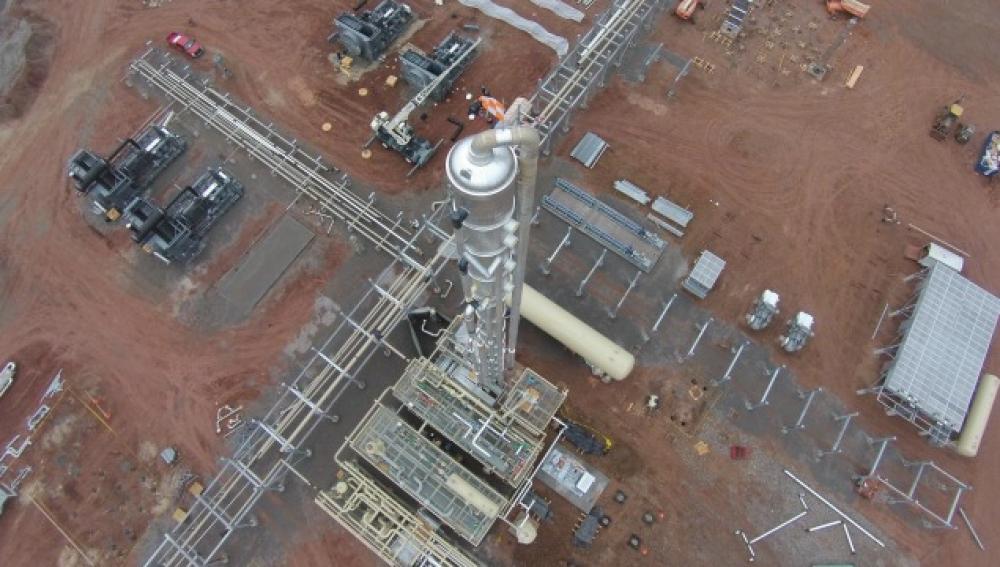 Far from the palatial conference rooms of Vienna and Geneva where OPEC’s officials spar over the direction of global oil markets, Oklahoma’s producers continue to extract and move hydrocarbons from an alphabet soup of unconventional plays. Lower prices have slowed but not stopped production in this historic energy state, which may be positioned to emerge from the downturn relatively unscathed.

Not that a swift return to $115/barrel (bbl) for West Texas Intermediate wouldn’t be sweet.

Barring an unexpected geopolitical turn toward rationality, the near-term projection is that stability will remain elusive, which is not entirely negative.

“Economics have a way of balancing markets, whether we want them to or not,” Greg Haas, director, Hart Energy’s Stratas Advisors, told Midstream Business. “If the globe is overproducing, then prices should be falling, as we are seeing already. And if they fall too far, producers will shut in production, supply will tighten and then prices will once again start rising.

“That’s why it’s so important to watch what the global producers of crude are doing,” he continued. “Even for a play in central Texas and the Oklahoma Panhandle, OPEC matters. The fact that [OPEC members] did not choose to tighten their production in their most recent meeting—on Thanksgiving Day, no less—sent the international crude markets downward and it sent U.S. crude markets, which follow international pricing, down as well.”

The Midcontinent is well-piped, unlike the midstream infrastructure-starved Bakken, but the Stratas Advisors team expects a stream of announcements of new projects to move NGL from the region and feed processing facilities under construction on the Gulf Coast. The opening of condensate export markets will likely spur demand for midstream infrastructure to transport those molecules to coastal terminals.

In The Prize, Daniel Yergin describes how a senior executive at Standard Oil in 1885 was so doubtful of reports pointing to significant petroleum reserves in Oklahoma that he offered to drink every gallon produced. The industry has a decidedly more cheerful outlook these days, in no small part because of U.S. Energy Information Administration (EIA) estimates of more than 1 billion bbl of crude reserves, 27 trillion cubic feet of natural gas and 1.4 billion bbl of NGL, which constitutes 12% of the country’s total. 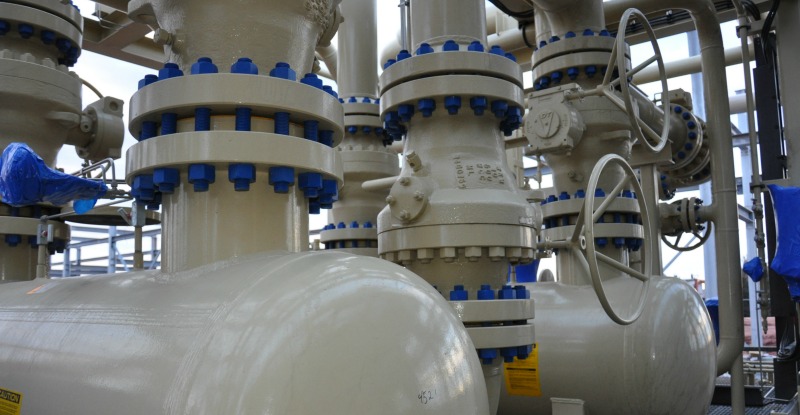 An IHS analysis of 2014 global upstream oil and gas transaction value found that about 60% of the $173 billion total involved North American activity, with the Midcontinent leading U.S. regions by accounting for 29% of the country’s value.

“The demand side is definitely heating up for NGL over the next several years,” Haas said. That plays into the hand of the Midcontinent, which is endowed with ample reserves and plenty of NGL infrastructure projects waiting in the wings.

“To the extent that the SCOOP [South Central Oklahoma Oil Province], the STACK, the Woodford, the Mississippian Lime and everything is within a couple hundred miles of Mont Belvieu, Texas, more power and more capital to ’em,” he said.

The immediate issue is that the Mont Belvieu NGL hub is a work in progress. The fractionation leaders—Enterprise Products Partners, Targa Resources, ONEOK Energy Partners and Lone Star NGL LLC—are expanding their facilities, but it will not be until 2017 to 2018 that enhanced export capability can be realized.

“Meanwhile, production in 2014, 2015, 2016, 2017 will continue to ramp,” Haas said. “It’s already so cheap, now the utilities are starting to look at it: ‘Can we burn ethane in our utility burners? Can we make electric power out of ethane?’ The answer is absolutely. It burns just like natural gas if you have the right kind of burners. Even the utility industry is now looking at how to use and burn ethane as a cheaper form of energy, even cheaper than natural gas.”

Among those utilities are two based in Ohio, FirstEnergy Corp. and American Electric Power, that are putting ethane from the Utica Shale to use in power generation in Ohio, West Virginia and Pennsylvania. Overseas, India-based Reliance Industries; Switzerland-based INEOS; and Finland-based SABIK are looking to capitalize on the low price of natural gas.

Propane, popular around the globe for heating, automotive and vehicle purposes, is relatively easily to liquefy, load into containers and ship, making it a darling of exporters. The EIA’s tracking of U.S. exports of propane and propylene shows a 491% increase to 538,000 bbl/d between January 2011 and January 2015.

“We think the U.S. market for propane is largely for heating,” Haas said. “The remote locations of rural America use a lot of propane to power their farms and remote factories and households.”

“Parts of Mexico, parts of Latin America, the Caribbean islands, would love to have U.S. propane at U.S. propane prices to avoid buying propane from refineries,” he said. “Propane is certainly made by refineries from crude oil, but you can imagine the difference in price from refinery-produced propane made from oil vs. natural gas plant liquids from U.S. shale gas. Mont Belvieu has just a great natural advantage for rail, pipe and marine infrastructure, and by extension, all the plays like the Mississippi Lime, the Woodford and the other NGL-rich plays.”

The stability that Tall Oak Midstream’s Lewellyn and the industry value so much transcends price. Location is important, too.

“One thing that’s really beneficial in uncertain price times is working within a state like Oklahoma and doing business where everything else is almost certain,” he said. “Oklahoma is a very oil and gasfriendly state that knows how to help us create opportunities for everyone.”

The Central Northern Oklahoma Woodford, or CNOW play, offers relatively inexpensive drilling, in part because the Woodford and Mississippi Lime shales are very shallow in that area. Because the wells only cost $2 million to $3 million to complete, they are able to provide economic returns even with oil hovering around $50.

That means that drilling continues unabated, in spite of global market mischief. And the price drop could provide long-term growth opportunities for some. While the dramatic ramp-up in rigs may be set aside for the moment, rigs will continue to operate, if only so producers can hold onto acreage. Quite a few producers are moving to exploit the lower-price environment as a chance to expand their positions.

Geological variations make it tougher to pin down an overall forecast for the STACK (Sooner Trend, Anadarko Basin, Canadian County, Kingfisher County), where drilling has been much more expensive.

Depending on variance in thickness and reserves, certain parts of the STACK continue to deliver solid economic results. Even in the current price environment, producers are reporting 30% to 40% returns on some wells.

The SCOOP presents concerns, however.

“The fun thing about the SCOOP is that when prices are high, some of those wells are huge,” Lewellyn enthused. Now, alas, is not one of those times.

Geology, which gives the oil, can also make it costlier to get. In the SCOOP, the Woodford Shale is relatively thick, ranging from 225 feet to 400 feet, making this area quite a bit more challenged during this phase of low prices.

That could signal a shift by SCOOP producers to their acreage in the STACK and other areas like the Texas Panhandle, Oklahoma Panhandle, the Cleveland, Tonkawa and Granite Wash. Those areas may lack SCOOP’s panache, but they possess the potential to be economically viable in difficult times.

The Mississippi Lime in the northern part of Oklahoma does not inspire much optimism.

“There are definitely parts of that, like in Woods County and others that are going to be still economic, but for the most part, the majority of the Miss Lime is a statistical play, and I don’t think producers are going to be too interested in chasing statistical plays,” Lewellyn said. “What we’ve seen is producers wanting to focus much more on the plays that they can do the science on, proactively, and be rather sure of what they are going to get out of the ground prior to drilling the wells.”

“I don’t know if [the NGL boom] will be a hockey stick forever, but the demand for lower-cost propanes, butanes and even ethanes is quite strong and the accessible market from U.S. ports could support a very strong export industry out of the Gulf Coast,” said Haas of Stratas Advisors. “If they have a good, viable market, the upstream industry will feed that market for a number of years. The gas and crude oil resources in America are large enough to feed that export opportunity and meet U.S. domestic needs for internal energy for a number of years if not decades.”

An industry that thrives on acronyms is OK with renaming large
swaths of Oklahoma’s Midcontinent: 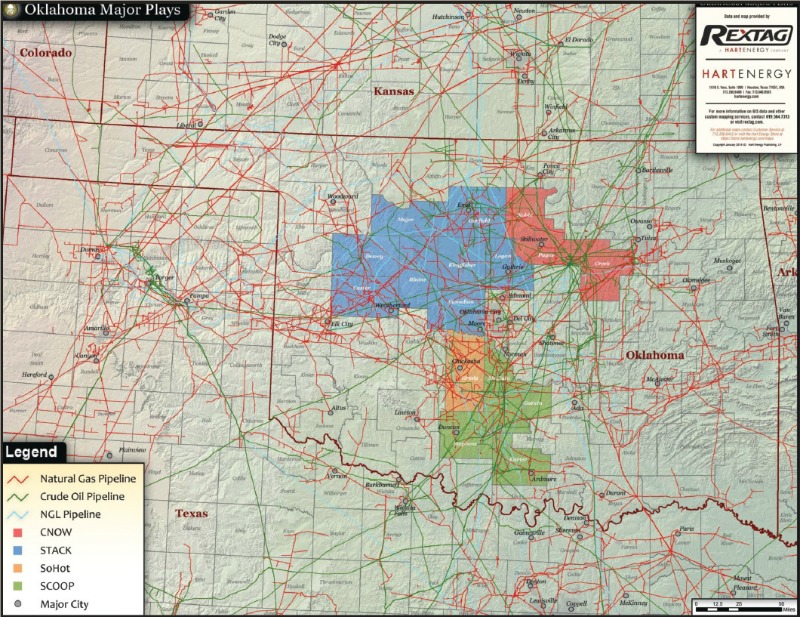 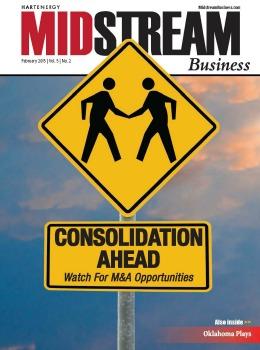