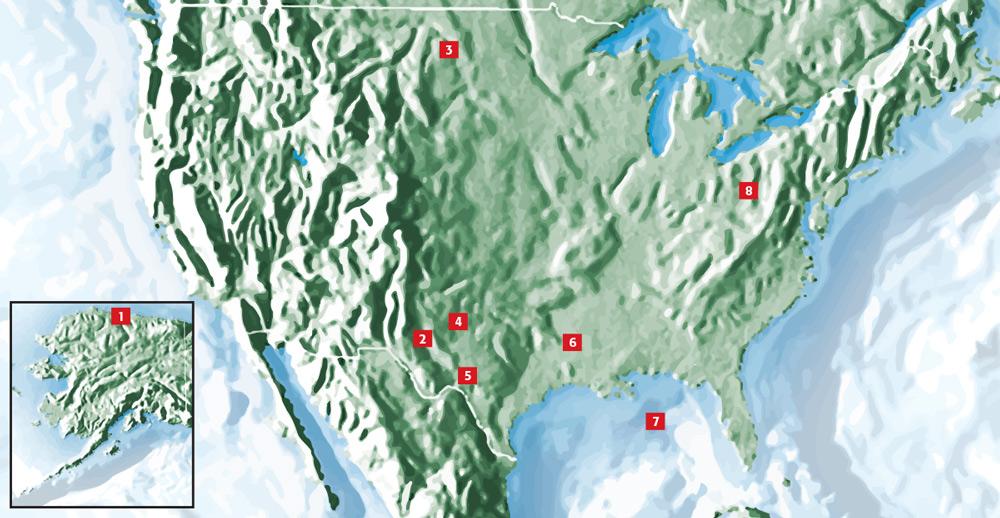 IHS Markit reported that Barron Petroleum completed a Val Verde Basin discovery in Val Verde County (RRC Dist. 1), Texas. Based on the results from two wells, the company estimates that the 13,000-acre project holds 417 Bcfe (74.2 MMboe) in oil and gas reserves. Developed with the use of a 3D seismic survey, Barron has identified 67 high-graded Strawn locations on the acreage and could potentially develop Canyon at 9,000 ft and Ellenburger at 16,000 ft. The first wildcat, #1 Sahota Carson 20BU, hit approximately 70 ft of gas-bearing Strawn pay. It was fracture-stimulated and flowed up to 5 MMcf/d of gas. It was drilled to 12,650 ft in Section 12, Block C15, R.A. Ashley Survey, A-2575. About one-half mile to the east-southeast in the same section, #3 Sahota Carson 19BU was drilled and cased to 12,890 ft. According to IHS Markit, the well is currently holding for data.

An Ascent Resources Utica Shale discovery was tested flowing 32.845 MMcf of gas and 139 bbl of water per day. The Belmont County, Ohio, well, #4H Bannock Unn BL was drilled in Section 6-8n-5w. The Harrisville Consolidated Field completion reached 21,877 ft (9,170 ft true vertical). It was acidized and fractured, and production is from a perforated zone between 9,232 ft and 21,767 ft

For additional information on these projects and other U.S. developments, visit the drilling activity database at hartenergy.com/activity-highlights.